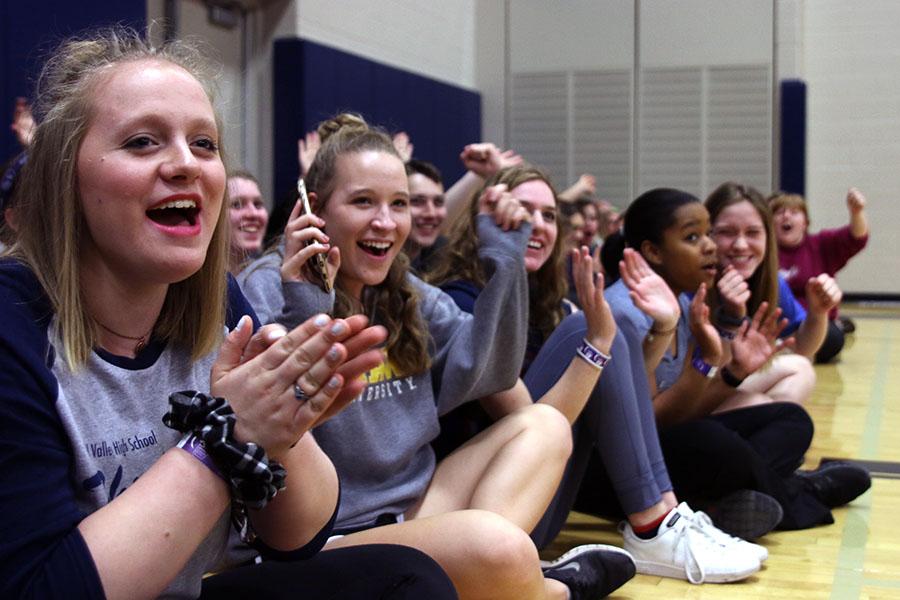 Senior Kaylie McLaughlin applauds and cheers to support survivors during the opening ceremony at Relay for Life on Friday, March 31. (By Laken Wagner)

Senior Kaylie McLaughlin applauds and cheers to support survivors during the opening ceremony at Relay for Life on Friday, March 31.

With more activities and more participants, this year's event was deemed successful by both committee members and participants 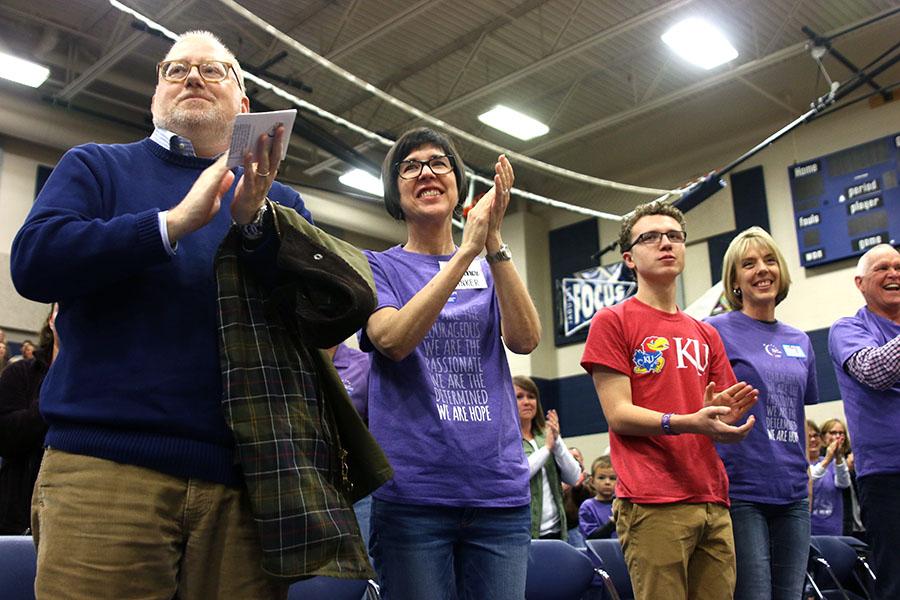 Several survivors and community members, including junior Zach King, stand to applaud Relay for Life committee members at the event on Friday, March 31.

The Jaguar Nation community raised over $75,000 for Relay for Life and the American Cancer Society on Friday, March 31 into the morning of Saturday, April 1. This event, the second of its kind, lasted 12 hours and had 52 individual teams participate on campus fundraising, which included face painting, bottle flipping and other activities.

This year’s Relay for Life event raised approximately $25,000 more than last year’s event. While the event held last year was awarded the National Student Rookie award, meaning the event raised the most money out of all first-year events in the nation, the 2017 event was even more successful. With a surplus of both activities and participants, this years’ Relay for Life educated approximately 1000 community members and students about cancer.

Planning for Relay for Life was hard work, and the Relay for Life committee began planning in early fall according to senior event co-chair Brady Rolig.

Rolig enjoyed seeing all of the committee’s hard work pay off, and saw this gratified during the event.

“I was most excited to see all of our hard work finally come together and for the community to be amazed by our event,” Rolig said.

Sophomore Blake Aerni and his team participated in a multitude of activities to keep themselves awake throughout the twelve hours.

“We just tried to keep ourselves busy by going to all of the games and events going on throughout the night,” Aerni said. “We also tried to not sit down too much; once we got comfortable it’s hard to get back up.”

The luminaria ceremony hosted during the night was a time when people from the community could see all of the people affected by cancer. The walk was decorated with bags with names of cancer victims written on them. This event very impactful to junior participant Adde Hinkle, who said that the ceremony made participants value the entire event more.

“I really enjoyed walking [through the luminaria] and seeing how the money we raised could one day help someone with cancer.””

“The luminaria walk really stood out to me because it was the one time in the night where everything was quiet and you could just feel the sadness everyone had due to the event,” Hinkle said. “I really enjoyed walking it and seeing how the money we raised could one day help someone with cancer.”

For sophomore cancer survivor Bobby Dyche, this Relay for Life event meant a lot to him personally after surviving cancer.

“It is awesome that it’s all going to research so we can look for the cure. I also think there is lots of love and support in the community because people donated so much to Relay for Life,” Dyche said. “It also feels really good to have the whole community come together to find more research about this terrible disease.”

Seeing how the community came together to help the cause to end cancer was very heartwarming for Hinkle.

“I’m very proud of our community. It takes a lot to get an event like this started and working smoothly,” Hinkle said. “We made so much money last year for [Relay for Life] and to make even more this year is amazing. It’s great that our school and community have such kind hearts and are willing to donate money to such a great cause.”

Overall, Rolig is proud of what the event accomplished for the American Cancer Society.

“I’m so proud of everyone who put time into this event as well as everyone who came,” Rolig said. “It means so much to me that we had such an incredible event and that we raised so much money. I have always loved Mill Valley and this makes me even more proud of the high school I went to. It makes it harder to leave in a few months.” 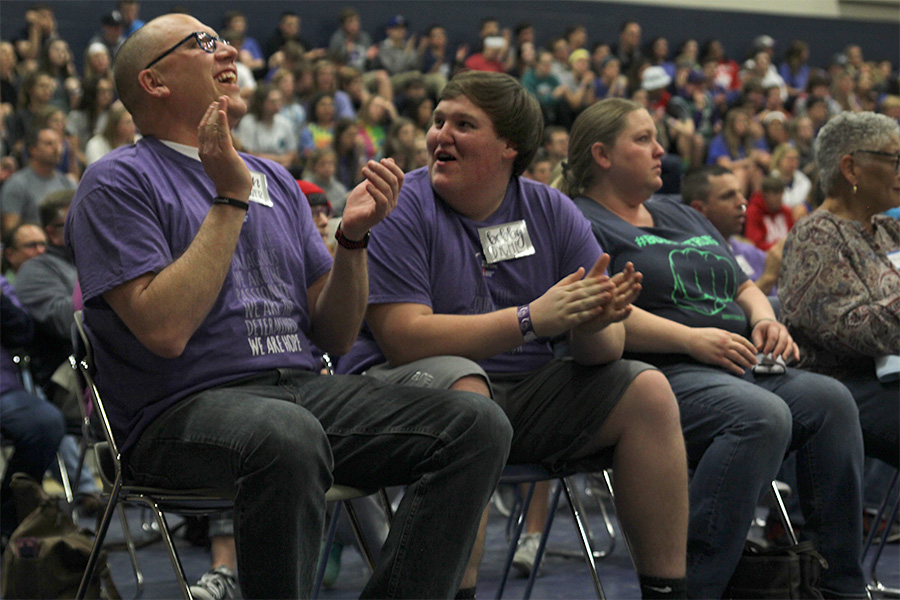 At Relay for Life, sophomore Bobby Dyche enjoys the company of fellow cancer survivor Sean Brewer. “Sean was very inspiring and caring; he encouraged me. He was also very supportive,” Dyche said.

Cancer survivors participate in events to honor their battle

Purple tablecloths, baby’s breath in mason jars and Starburst candies covered every table in the senior cafe on Friday, March 31. From grandparents to 7th graders, cancer survivors and loved ones feasted on Fazoli’s pasta, salad and breadsticks while learning about each other’s cancer experiences. When the survivors aren’t eating, they were adding their purple handprint to the ‘Survivors of Hope’ mural.

Preparation for the Relay for Life survivor dinner began early December when the committee members contacted restaurants to see who could donate meals. Later, the committee raised even more money with the jean drive, in which teachers donated $5 to wear jeans to work the week before spring break.

The number of survivors in attendance at the survivor dinner greatly increased from last year’s 40 to 100 registered guests. Senior survivor dinner co-chair Sidney Lawyer expects the number to continue growing in years to come.

“Every year we keep up doing it it’s going to get bigger,” Lawyer said. “I love to see it grow.”

Sophomore Bobby Dyche was diagnosed with Non-Hodgkin Lymphoma in January 2015, his 8th grade year. After eight rounds of chemotherapy, Dyche went into remission in July 2015. He was a guest at both last year’s event and this year’s.

“I felt really happy with all the support,” Dyche said. “I got to meet new people and talk to them about their experiences. It just felt really good to be there.”

We try to honor them as much as we can and the dinner is the least we can do.”

Former Monticello Trails Middle School science teacher Roger Bruns was diagnosed with prostate cancer in October of 2015, when a robot performed an immediate surgery to remove the cancer with money raised for the American Cancer Society. Since his two years undetected, he has attended both Relay for Life events.

“Thank goodness for all the research and money raised,” Bruns said. “It’s because of the research that [the surgery] worked out very well.”

After watching a family struggle with cancer firsthand, Lawyer recognizes the importance of supporting survivors and those still fighting.

“We try to honor them as much as we can and the dinner is the least we can do,” Lawyer said. “They honestly deserve so much.”

As the survivors and loved ones walked the first lap through the Mill Valley halls to kick off Relay for Life, they were met with a roar of encouragement.

“I had to try not to cry when we started the survivor lap because a lot of people were walking through there, and I could already see them crying,” Lawyer said. “I was very proud.”

Sponsor Erin Hayes is certain the significance of the dinner is not in the meal itself, but rather the sense of community it builds for survivors.

“[The survivor dinner] is to show them they are loved and supported and that we will continue to help them in their fight against this disease,” Hayes said via email. “A good meal and cute decorations are important, but the most valuable part of this event is in creating the sense of community and care among all of those in attendance.”

Planning the survivor lap and dinner is the most rewarding part of being on the Relay for Life committee for Lawyer.

“To be able to do something specifically for survivors or for people still battling is so important and so meaningful,” Lawyer said. “I think this is the best of the best right here being able to help the families personally.”

To Bruns, Relay for Life is an important thing for the community and is an event the De Soto school district should be proud of.

MVHS Relay for life 2017 from Dorothy Swafford on Vimeo.

Compiled video of the twelve-hour event including footage of activities, team campsites and more 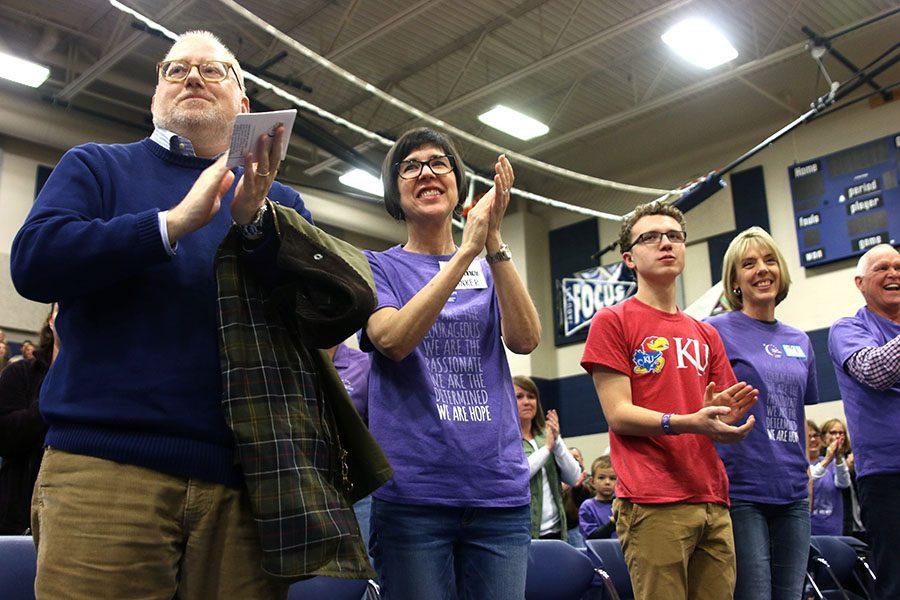 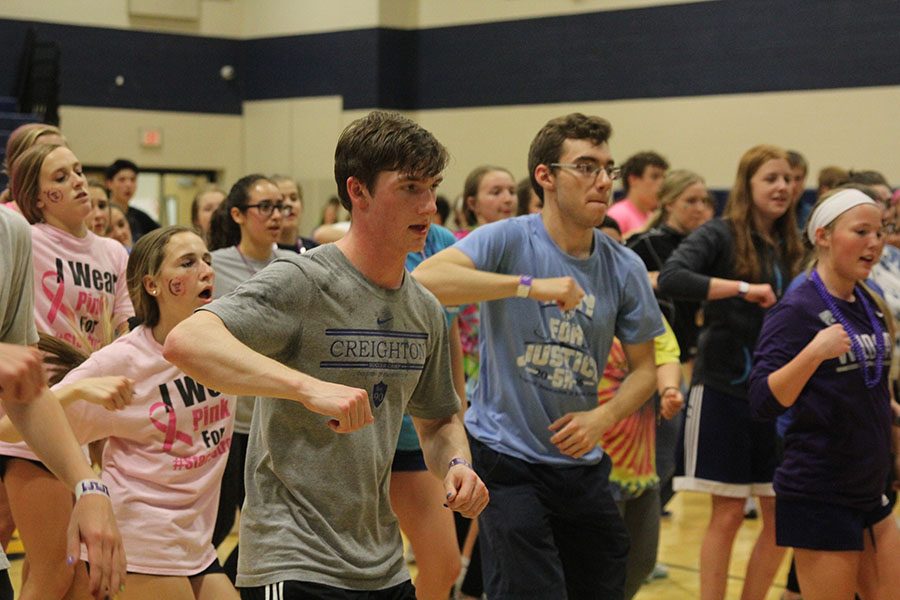 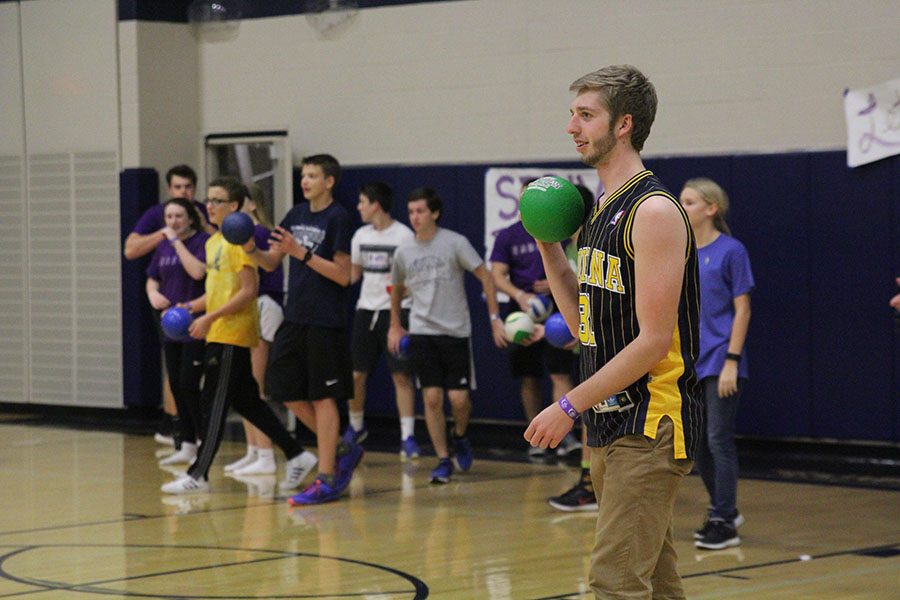