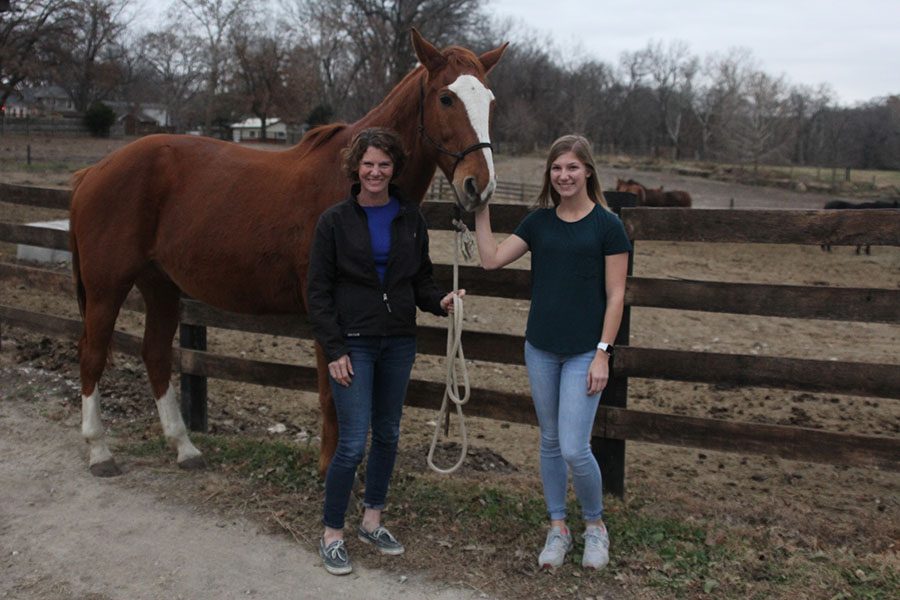 Since the late 1960s Twin Mill Farm, owned by senior Britton Nelson's family, has been a way for people to board their horses in Shawnee. 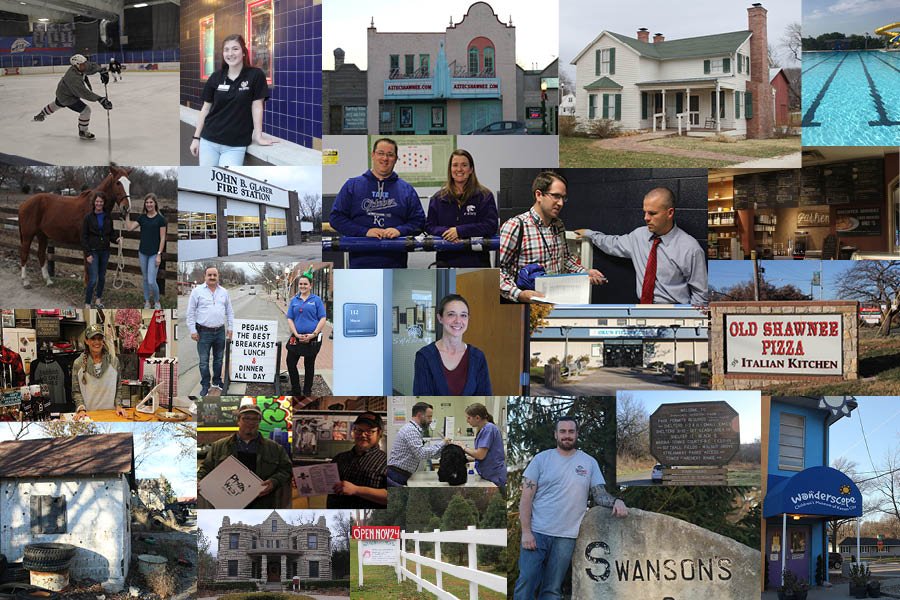 Owned by a Mill Valley family, the farm is one of the only places that provides horse boarding in Shawnee

Even in the midst of suburban Shawnee, there are still many community members who own horses and are in need of a place to keep them. Luckily, they won’t have to go far to see their animals, as Twin Mill Farm, owned by senior Britton Nelson’s family, offers horse boarding services close to home.

Twin Mill Farm, located at 19109 Midland Dr., has been a part of Shawnee since it opened in the late 1960s. For owner Courtney Nelson, Britton’s mom, it allows her to do what she loves every day.

“My parents bought it from [the previous owner] in 1990 because my mom and I both loved horses and we liked working outside and with our hands, and then I took it over from them,” Courtney said. “My husband also likes to work outside, so we started job sharing and both working full-time at the farm. That let us enjoy our job and be flexible with our time.”

Living by the farm gave Britton the opportunity to be around and ride horses since she was a kid.

“I got to grow up around horses and with lots of land so we could run around and play in the woods and be outdoors a lot,” Britton said. “I also had my own horse, so I was able to ride her if I wanted to. It just became kind of normal to live here.”

According to Courtney, the land is what makes it both unique and appealing to the people that board their horses there.

“It’s tucked in here and hidden,” Courtney said. “The nature is beautiful and the piece of land we have isn’t developed, where so much of Shawnee is becoming more developed.”

Britton believes the nature surrounding their home and the freedom it gives them to have animals is what is most enjoyable.

“I like living here because we have all the land and we get to have lots of animals,” Britton said. “It’s nice to have all that and it’s very different from everyone else.”

Courtney says there are a multitude of benefits that come with the job of owning the farm.

“I love horses, so this is kind of my childhood dream,” Courtney said. “I love being outside, having a

flexible schedule and having my own horses and being able to ride myself.”

Britton appreciates the convenience of the farm and believes that it gives residents of Shawnee the ability to have horses even in a more populated, developed city.

“I think the farm is really unique because when you look around Shawnee, you wouldn’t really expect there to be horses, but it gives people the opportunity to have horses and to have that aspect of their life in the middle of Shawnee,” Britton said. “They don’t have to go far away from their homes to have horses.”

The location and ability to serve the Shawnee community is also a big contribution Twin Mill Farm is able to bring to the city, according to Courtney.

“People are able to bring their kids to see the horses and experience everything about the farm,” Courtney said. “The people that own horses can board them close to their homes which is great because a lot of the boarding stables have moved very far away to less populated area because of the land they can get. So, it’s nice that we can offer that service right here in Shawnee.”