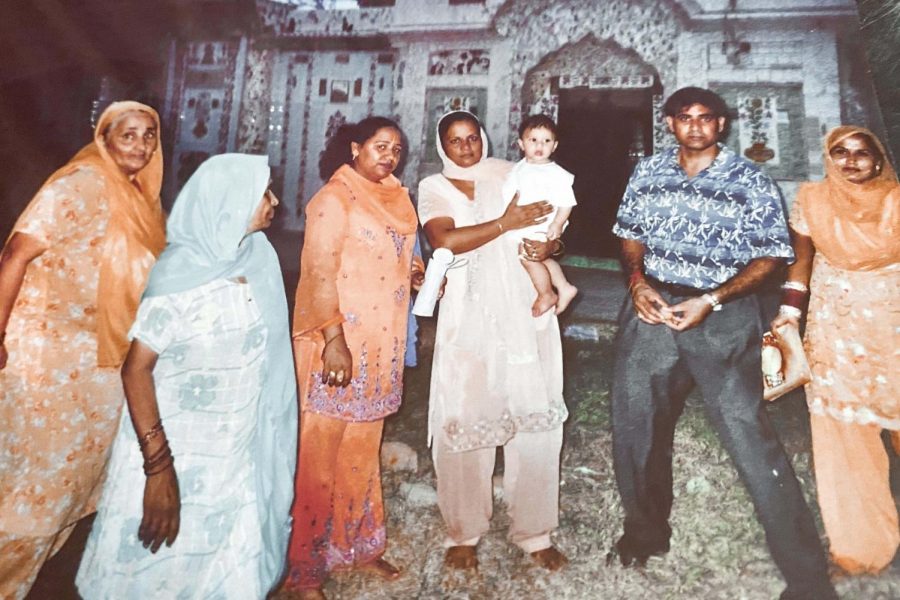 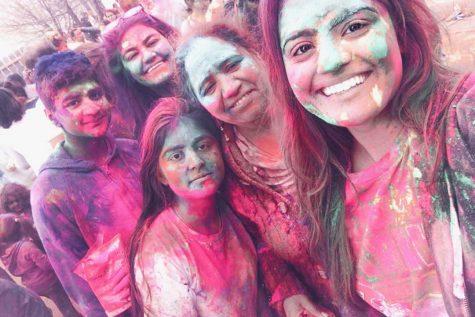 With his family, freshman Amit Kaushal enjoys the Festival of Holi.