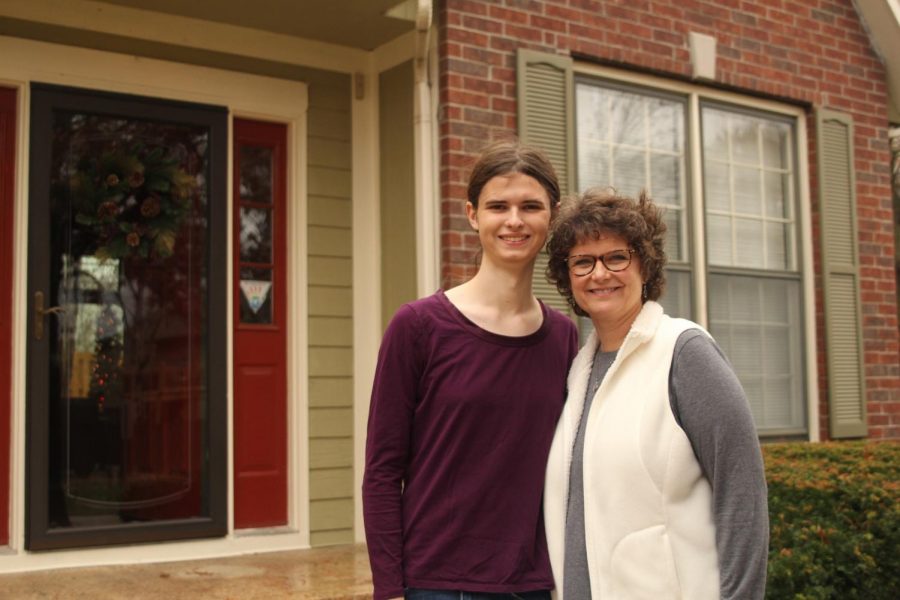 Throughout the process of coming out, senior Alicia Ratzloff and her parents have grown closer. "My parents kind of did go through [a grieving] process for a short period of time,” Alicia said, “but they realized that I’m the same person, like this has always been me and now I’m just showing it."

Like many other school districts in Kansas, USD 232 has a nondiscrimination policy which outlines what protections students and staff have under law. These include “not to discriminate on the basis of race, color, age, national origin, sex, religion, or disability in its programs, activities or employment.” 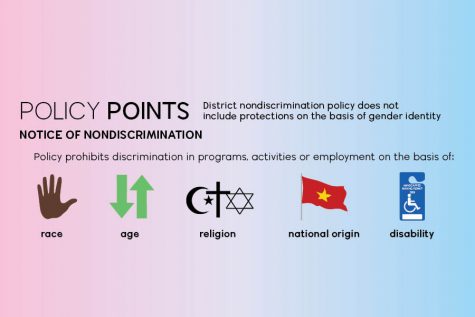 Students such as senior transgender female Alicia Ratzloff are hoping to change the nondiscrimination policy to make it more inclusive.

“[I want to] make [the nondiscrimination policy] more encompassing — it mentions sex but not gender identity,” Alicia said. “So it’s like you can’t discriminate against people because of their sex or expression, but [the policy doesn’t] state identity.”

The policy lacks protection on the basis of gender identity and sexual orientation. On Monday, Nov. 19, Prairie Village passed a city ordinance that outlined gender identity and sexual orientation specifically in their nondiscrimination policy. Gay-Straight Alliance sponsor Jeff Wieland has discussed a plan to amend the district’s policy so that it guarantees protections to all students and staff similar to Prairie Village’s by petitioning the district with the club, but no action has been taken yet.

“It seems that our nondiscrimination policy could be updated to make sure we guarantee protection to those individuals because that would cover not only students, but also faculty members.” Wieland said. “Perhaps [it] should be amended to include gender identity and sexual orientation.”

Mary Ratzloff, mother of Alicia, worries that if a student feels they have been discriminated against based on these classifications, they are not protected legally.

“If somebody is discriminating against [Alicia] because of her gender identity, I want to be able to take legal action, and [I] can’t if it’s not on that discrimination policy,” Mary said.

“We expect [fairness and respect] of students, parents and anybody who comes into our district. That would be more of what drives our practice in how we treat students, staff and visitors,” Harwood said.

“I really don’t know if changing [the nondiscrimination] policy would affect how we would address the situation, so I don’t think we need to change policies to treat people fairly,” Harwood said. “I think [fair treatment] is going to get back into the discussion of how [to] accommodate those students’ needs the best we can.”