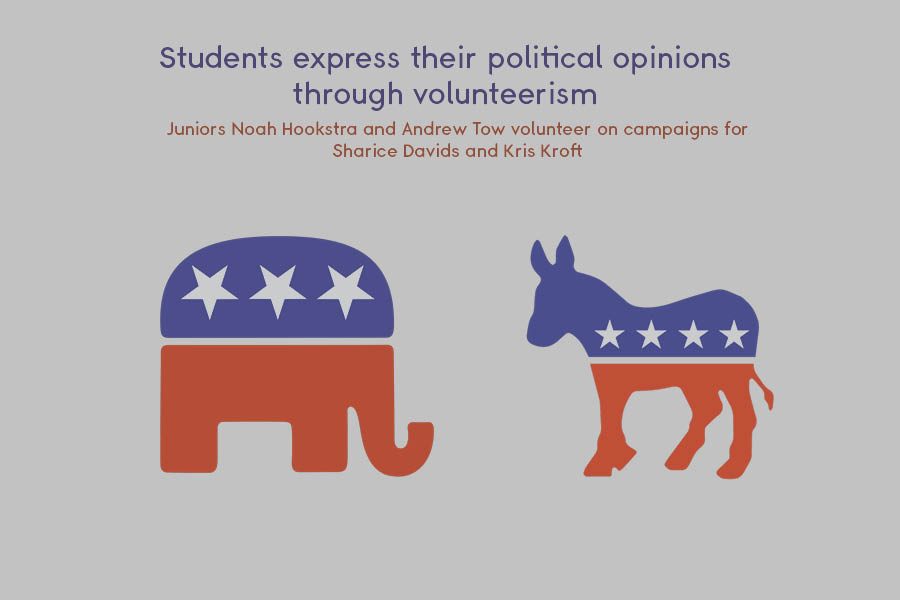 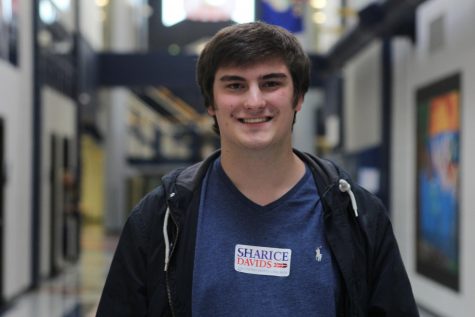 In the past months, junior Noah Hookstra has worked after school and on weekends in hopes of showcasing Sharice Davids, the new Congressional Third District representative, as well as his political involvement. This fall, Hookstra did everything from handing out flyers, to calling potential voters, in hopes of swaying voters.

During this process, Hookstra used his voice to promote, and inform people about Davids and her plan for the future.

“I was really interested in politics, and the political system in general,” Hookstra said. “Since I couldn’t vote, I needed another way to have a say in our democracy.”

Hookstra hopes that using his voice now could help him have a stronger voice in the future.

“I hope to be politically involved in the future, but I don’t know if I would ever run for office,” Hookstra said. “[Interning for Davids] gave me a lot of experience for fields and careers that I could see myself going into in the future.”

As an intern, Hookstra used his voice both in person and online. He encourages teens to use their voice in politics as well, no matter how much time you can contribute.

“I would say use your time effectively, determine how much you’re willing to commit, then do that to the max,” Hookstra said. “If all you have time to do is talk to your friends and ask your parents if they are registered, or post on social media, that’s great.”

Hookstra believes being involved in the background of politics is just as important as casting your ballot.

“Really getting involved in the nitty-gritty of politics and a campaign is the best way to show your voice, there is no other way to register,” Hookstra said. “We can’t vote yet, so they aren’t going to hear us that way. The only way they are going to see us is if we take an active role in politics.” 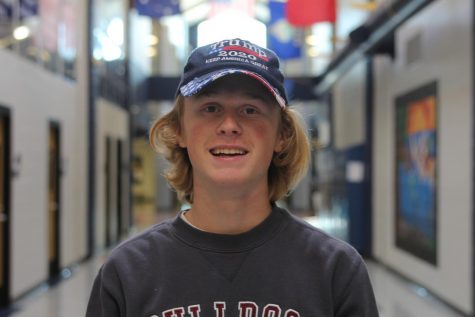 Throughout the primaries, junior Andrew Tow has been putting in time and energy supporting Kris Kroft who ran for district eight representative seat.

He decided to become an intern because of his political interest, as well as motivation from family members.

“I was interested in getting involved in a political activity outside of school, and I thought working on a campaign would be a way for me to get involved,” Tow said. “My dad is very involved, so he has inspired me to get my voice out there, and I personally find it interesting.”

Tow used his voice to make phone calls promoting the candidate, as well as put up signs and door hangers in support of Kris Kroft. While being involved now is important, Tow hopes this opportunity will help him in the future, and encourages everyone to become politically involved no matter your age.

“I see a political-based job as an option, but I’m just trying to get my nose out there right now.” Tow said. “We have 18 years before we can vote, and understanding what you are doing and why you are voting is important.”

Tow believes our opinions last forever, and the opinions he is developing today will affect him forever.

“At this time, we are creating our opinions and a lot of them will last until we are adults, so really just getting yourself out there is a good idea, and it can also be pretty fun to get involved,” Tow said.