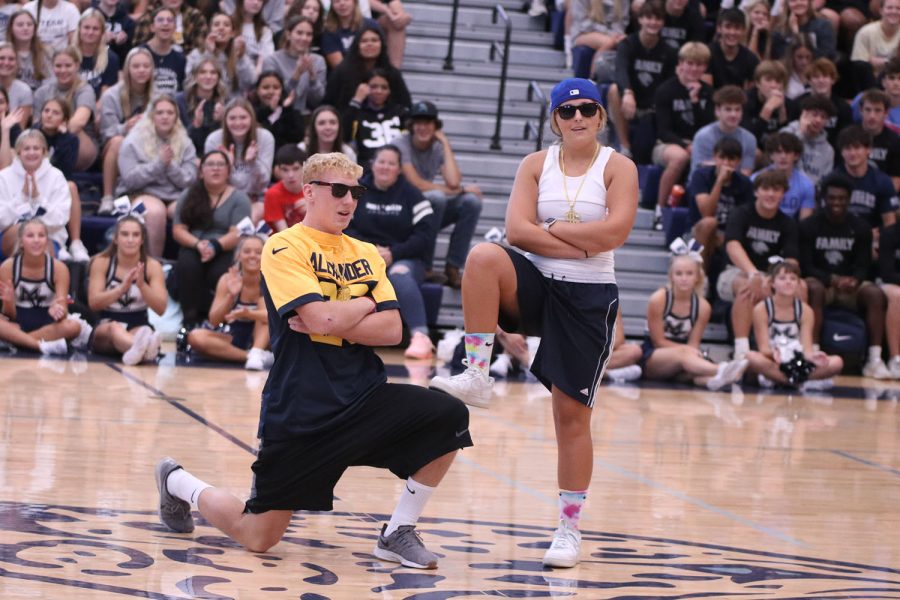 After their dance, senior Homecoming candidates Mikey Bergeron and Avery Blubaugh pose for the judges.

Student Council held their annual Homecoming assembly as a close to Homecoming week. 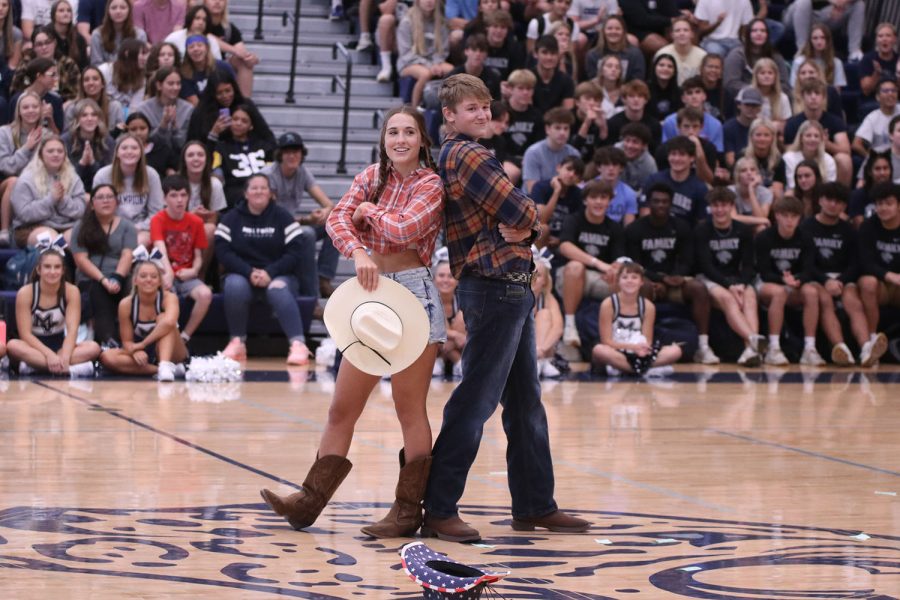 “It felt so amazing to win. [Senior Homecoming candidate] Mikey Bergeron and I knew we did a pretty good job with our dance, but neither of us could have ever thought that we would end up getting first,” Blubaugh said. “After they called who won third and second place, we kind of looked back at each other, and then they called that we had won first place and were like ‘no way.’”

Junior class vice president Preston Fischer talked about all the planning that went into having the Homecoming pep assembly.

“Everything that StuCo does goes into the planning of the pep assembly, whether that is who will be announcing, writing and planning scripts, what game or challenge will be held, etc,” Fischer said. “StuCo really has to work hard on what the candidate game will be and the other member and I spent most of our time figuring that out.”

Going into detail, Blubaugh described why she thought the pep assembly was an important part of Homecoming week.

“I think the pep assembly is so important because it allows us to all collectively get excited about Homecoming,” Blubaugh said. “I also think it’s awesome because the underclassmen get a chance to see how excited we all get at the pep assemblies.”

Agreeing with Blubaugh, Fischer explained why he believed the pep assembly is an important part as well.

“I think that having pep assemblies are very important because of the school spirit it brings to the week,” Fischer said. “It is a great way to end the week off and it also allows the school to bring that energy to the football game that night.”