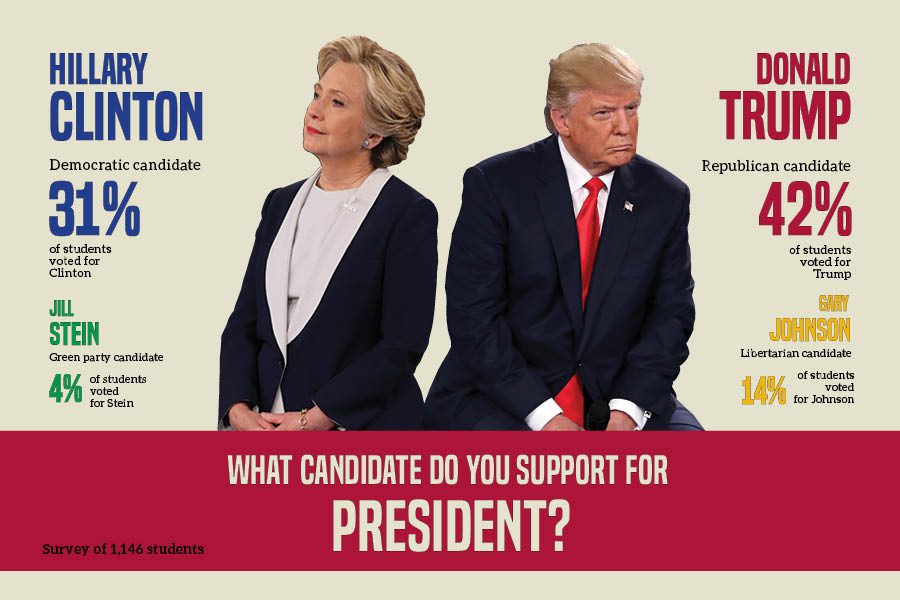 After a long election season, Tuesday, Nov. 8 will mark the day America finds out its fate for the next four years. Although a small amount of the Mill Valley student body is able to vote, many feel strongly about their own political opinions and have no outlet besides social media to share them. The JagWire decided to give those people a voice by allowing them to elect the president as a survey opportunity. A survey that was given to all students, asking them to ‘vote’ for a candidate and the most important issue in this election. There was also a spot for them to mark their party affiliation and answer other questions. A total of 1,146 students responded. 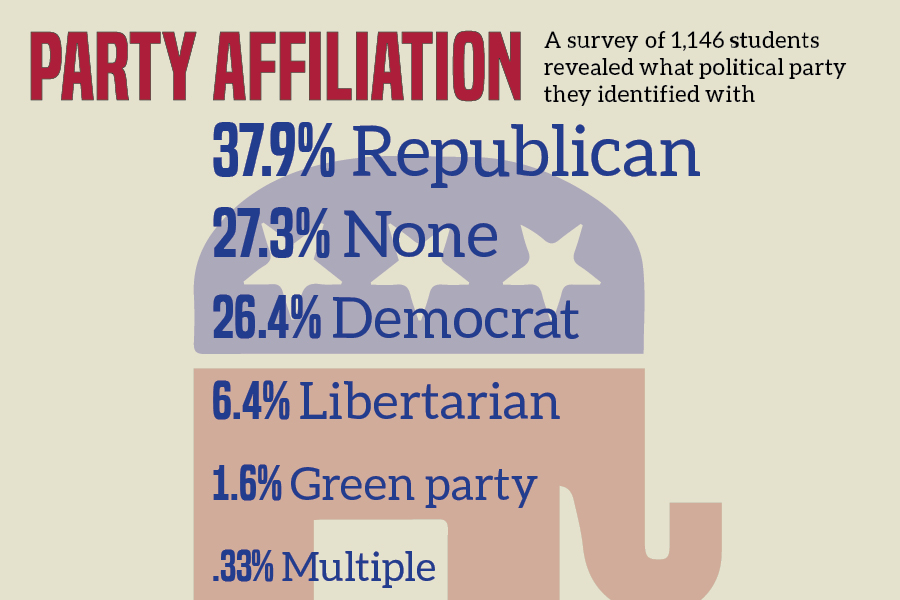 Party affiliation is often a deciding factor in voting results, and those responses ended up being considerably well-rounded. 37.9 percent of students affiliate themselves with the Republican party, 27.3 percent didn’t circle any of the parties, 26.4 percent of those surveyed consider themselves a part of the Democratic party, 6.4 percent identify as Libertarians, 1.6 percent are apart of the Green party, and 0.33 percent circled more than one party. 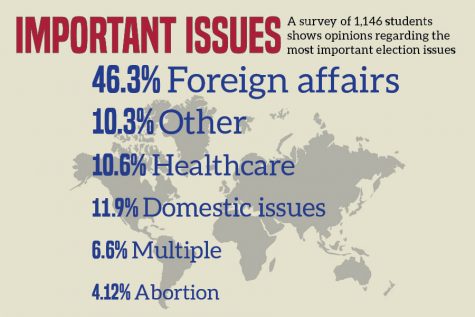 Students were asked to rank political issues in order of importance. Foreign affairs was the most common, with 46.3 percent. Healthcare followed with 10.6 percent, and domestic issues trailed with 11.9 percent. Abortion came in with a total of 4.12 percent and 10.3 percent of responses chose ‘other.’

Lastly, students were asked to choose a response closest to their feelings concerning the two candidates chosen. Only 5.8 percent said they were ‘definitely’ happy with the candidates, while 51 percent believed ‘they both suck.’ Twenty-five percent chose ‘meh’ and 23 percent chose not to respond.