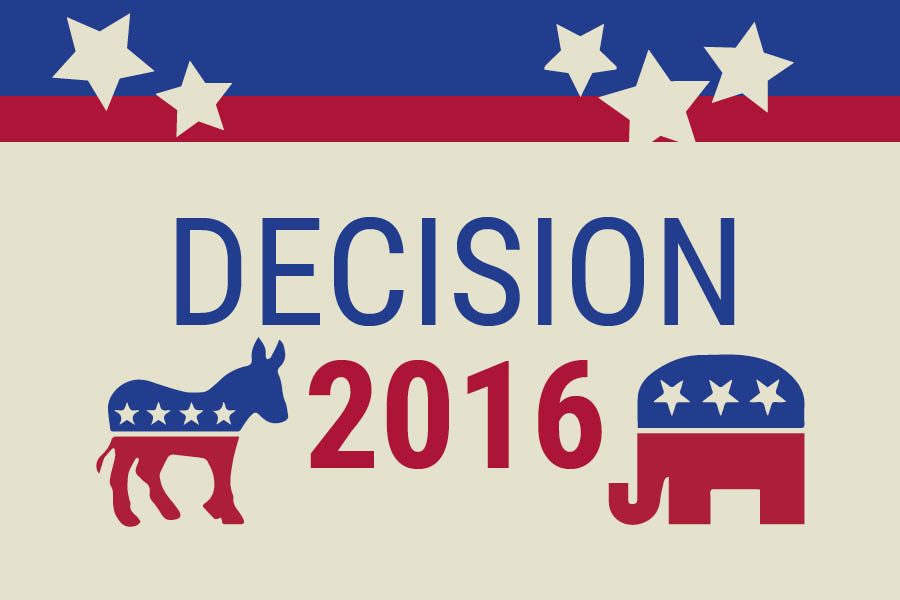 Staff editorial: Don’t be afraid to get political

Students should be voicing and participating in politics, even if they are uncomfortable doing it

For adults and teenagers alike, politics is not a comfortable conversation topic. Most people try to be as respectful as possible, but politics is a topic in which they can lose control of their emotions. Politics, and this election in particular, can be extremely dividing. Often, people would rather dodge the topic than try to participate in balanced, civil discussions. There are numerous reasons why people feel this way, whether because of past experiences or insecurities, but the most universal reason is that people tend to simply avoid confrontation. Although it can be difficult getting out of your comfort zone, people should not be afraid to get political.

It’s understandable why people feel this way. Growing up, we’re taught to shy away from confrontational speech and political activism, even though these two things are the basis for our country existing today. John Hancock signed the Declaration of Independence with the intention of, as they say, “sticking it to the man.” The man in this case being Great Britain. The Constitution protects the right of freedom of speech, which allows people to share their concerns without fear of punishment by the government. Our founding fathers dreamed of a nation in which political participation is encouraged, but somehow we’ve become either apathetic or afraid to speak our minds.

Both school and home life are factors in determining how comfortable a person feels talking about politics, but school often reinforces the status quo in context of teaching appropriate social skills. In an effort to teach citizenship, schools often suggest ways to get involved in the community, but don’t necessarily bring anything controversial to the table. For elementary school students, this is OK, but teenagers preparing to enter the real world should be engaging in the political process.

Even the dean of education at the University of Wisconsin Diana E. Hess agrees. She thinks schools encourage politics in a way that never requires thought-provoking discussion, for example “that we should clean up the litter that’s around our school, or that it’s important for people to eat healthy food.” To put it simply: no one ever disagrees with a recycling campaign.  The downside to only promoting one-sided arguments is that some kids grow up thinking they should not voice their opinions. With this kind of atmosphere, it’s not surprising that many people are afraid to offend others and end up staying quiet despite having great ideas.

While political activism is somewhat awkward in the beginning, the JagWire believes getting political is something we, as a society, should be doing more often. So, what exactly does this mean? From outwardly campaigning for a presidential candidate to asserting your opinions around the lunch table, getting political is simply vocalizing the change you want to see.

With the rise of social media, it’s astonishingly easier to get your point across and let people know how you feel about a political topic. Everything is extremely accessible, which is both good because it offers opportunities to everyone, but bad because people can share their opinions without factual support. Another tradeoff is that many people end up sharing their opinions wholeheartedly without actually doing anything. The most obvious way to get involved is to vote during this election, but with a majority of our students not eligible, even signing a petition online can be a great way to participate in political action. Change.org provides thousands of petitions concerning all sorts of issues that are as easy to sign as they are to find.

Getting political can be personal as well. Setting a go
al to be more informed this election season is always a great thing to think about, and it helps fuel confidence to speak out. Even writing a response to a JagWire story is the kind of activism we’re talking about.

Although politics can be a dividing issue, it is also a chance for high school students to speak out and participate in things that are important to them. Politics can be uncomfortable for a minute, but as long as both parties remain respectful and courteous, productive conversation can emerge. Action for change is something we need to be thinking about as a country, and it begins with having the courage to speak out. No matter which candidate gets elected, young people have the power to share their voice. Do something with it.