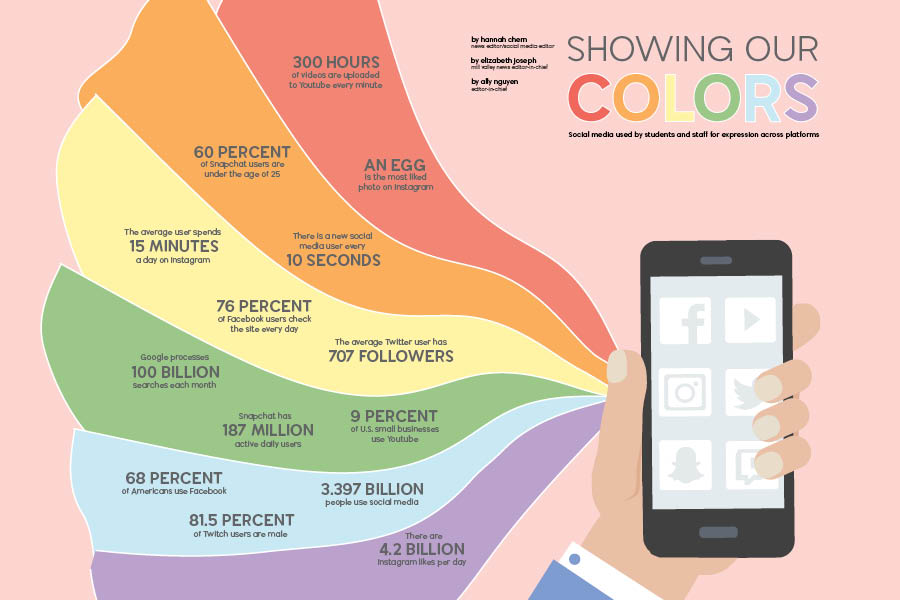 In an increasing digitalized age, you may find yourself flooded with a constant stream of social media posts. You’ll find countless articles analyzing the seemingly negative effects these platforms have on teenagers, as well as parents, peers and teachers advising you to put down your phone. Despite this, in a survey of 265 students, 79 percent said they viewed social media as a positive thing.

For senior Delaney Kemp, who runs a healthy food Instagram account, social media has allowed her to explore her interests and meet new people with similar ones. 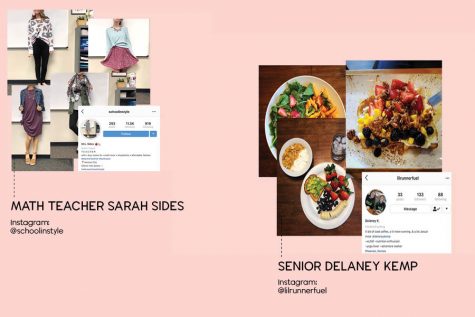 “I definitely think of it as a form of expression because nutrition is what I’m going to be doing in college, so it expresses my interests and my future,” Kemp said. “I’m definitely wanting a bigger audience, but I’ve made a lot of connections with other pages and users, so if that’s what I gain out of this page then I’d say that’s successful.” 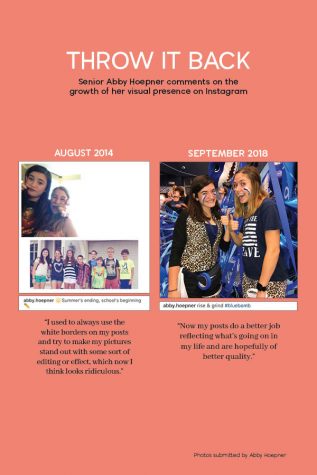 Sophomore Leif Campbell also utilizes social media to express his interests, but he does it by livestreaming himself playing video games on Twitch.

“I have a dual PC setup, so I have one PC playing the game and another doing the streaming,” Campbell said. “It lets me express myself in the way of showing other people what I like to do most. It’s just showing other people something that’s cool. I’d say it’s successful.”

Additionally, seniors Annika Lehan and Ryan Williams operate photography accounts on Instagram. Lehan utilizes hers to showcase her work to a wider audience.

“I started my photography Instagram because I wanted a way for other people to see my work that wasn’t necessarily my family and friends,” Lehan said. “I also just don’t like posting my face on the internet so I’ve liked putting my work up instead.” 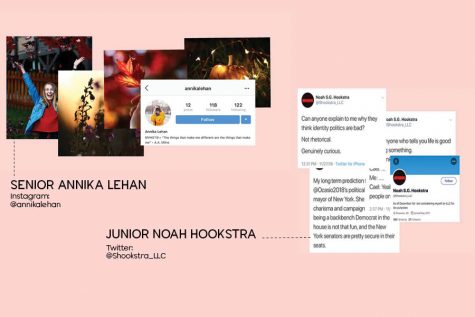 Williams agrees that social media has allowed him to reach a wider variety of users, but more so favors the opportunity it presents to express his own views. 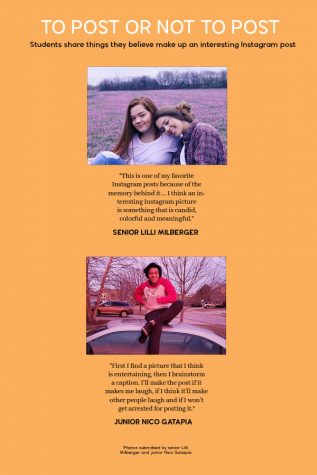 Like Williams, junior Noah Hookstra uses social media to express his perspective. Hookstra uses Twitter as a platform to share his thoughts and opinions, usually revolving around culture or politics.

“I think that Twitter is a way of communicating the essence of ideas …  It is the quickest way to put out a thesis,” Hookstra said. “If I think about something specifically and I don’t have an essay-amount of thought on it, but I just have a quick response to something in my life or the broader world, I will try and just put forward a quick Tweet just to document what I think about things.”

Hookstra believes that Twitter is a platform where ideas can be discussed and spread easily.

“There was this concept in the Renaissance called salons where intellectuals will gather and just spit ideas off of each other,” Hookstra said. “Twitter is both a refined and unrefined version of salons where I am able to say what I think about Kamala Harris’ latest speech and then someone else tells me I am wrong.”

Social media can offer a benefit for potential work or educational opportunities. When applying to the University of Illinois, Lehan linked her Instagram as an additional portfolio.

Social media platforms can also be used to portray a different side of oneself. Although apprehensive to share her journey with depression in-person, senior Morgan Muehlberger utilizes YouTube as an outlet to document both her everyday life and more serious videos. 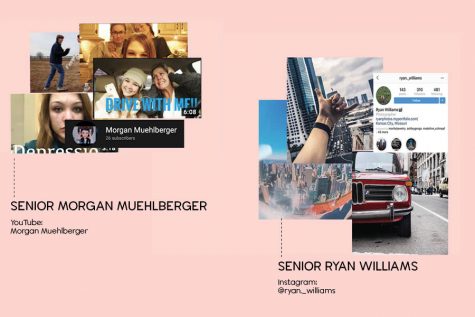 “I definitely take more risks on YouTube than I do in person. I’ve always wanted to talk about mental health, but I’ve always been too afraid to,” Muehlberger said. “By making an account, I made a spot where I can talk about it. I’m not hiding behind a screen because I am still putting myself out there, but I get to really put myself out there in my own way. I can portray myself any way I want to online, which really helps.”

Due to the ability to showcase her personality, Muehlberger believes her emotional state improves while she’s logged onto her account. 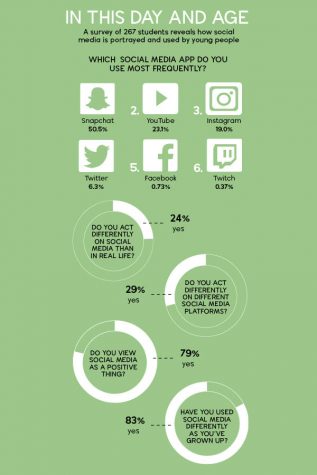 “By giving me a good community to post what I want without fear of judgement, YouTube has allowed me to experiment with different types of videos and has helped me come out of my shell by being able to talk about controversial subjects,” Muehlberger said. “It’s my safe place. I feel better after I make a video and I feel inspired and it makes me feel good about myself.”

Much like Muehlberger, math teacher Sarah Sides uses a public platform to inspire others. Sides uses Instagram to showcase her wardrobe.

“I post a photo of my daily outfit which I would describe as affordable but also trendy and comfortable,” Sides said. “I really like to show people that you can dress fashionably without spending a ton of money and I also like to show students, girls especially, that you can be stylish and smart; they’re not mutually exclusive things because they can go hand in hand.”

While social media can be an outlet for expression, it may also be cause for concern; many students refrain from using any digital platform at all. For example, sophomore Aaliyah Gonzalez does not have any social media and believes she likely won’t ever have one.

“I don’t use social media because my parents feel that it is unsafe to use and I feel like it’s a drain on my energy and another distraction for me,” Gonzalez said. “I probably won’t get any social media in the future because I already have a lot on my plate and I don’t want the distraction.” 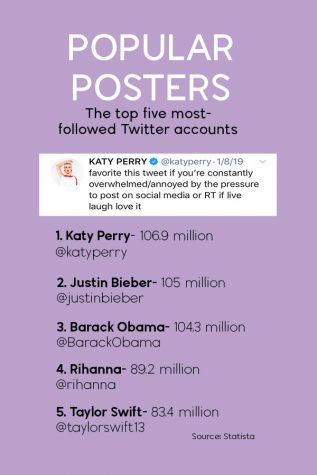 On the other hand, for sophomore Alex Whipple, the decision to not use social media was mainly centered around his privacy.

“I’ve never really had a use for [social media],” Whipple said. “I believe that if you don’t know me personally, I don’t need to be expressing my beliefs or personal life to you.”

“When I play video games with my friends, we use a private voice chatting service to speak with each other and I talk with them every day,” Whipple said. “I also see them through Science Olympiad and Robotics almost all the time. If I had any form of social media, I don’t think I’d have a private life.”

Though Hookstra believes social media has negative impacts, he ultimately believes the benefits of social exchange outweigh the harms.

“I actually think that there is a lot of people who kind of rag on Twitter as a toxic, firestorm environment — and don’t get me wrong, it is,” Hookstra said. “A lot of people complain about a Twitter bubble and it being echo-ey. I definitely think that it can be a problem, but my experience is that it is a good way to experience ideas and then bounce your own off of other people.”

Like Hookstra, Muehlberger ultimately believes social media not only lets her express herself through her creations, but also empowers her to take ownership over her creations.

“I will continue to post videos because it’s something I really enjoy. I love editing and I love directing a video,” Muehlberger said. “It inspires me and makes me feel proud of the projects I’ve worked on. I’m excited for people to see my videos and I’m confident with myself in them.”