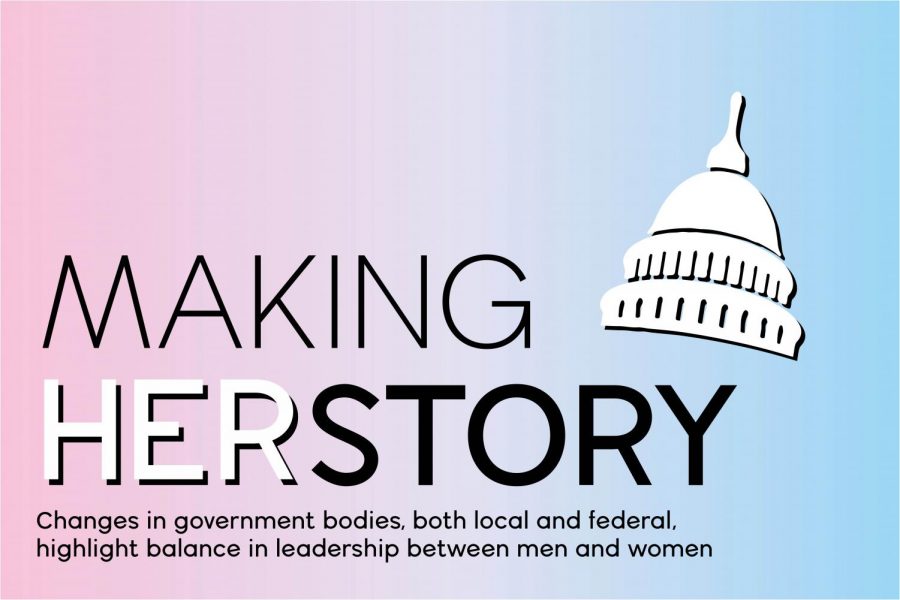 The 2018 midterm election had record-breaking results, with 42 women elected into public office

Like many young girls, sophomore Patty McClain was inspired by the 2018 midterm elections record-breaking results. A record number of women were elected into Congress and other government positions, which in the past have been predominantly held by men.

“[The midterms] made me really proud to be coming of age in such an accepting time,” said McClain. “It’s really inspiring to be a young American and watch diversity start to emerge in the government, especially as a young woman.” 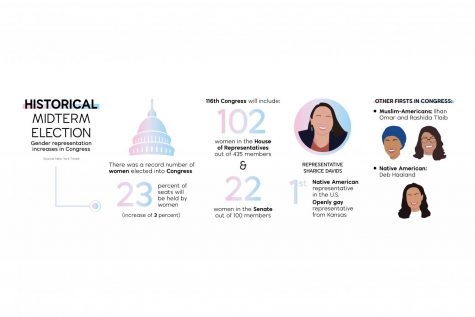 According to the New York Times, 42 women will join Congress in January. Democrats had a record turnout and got around ninety percent of the midterm vote. In the Kansas District Three election, previous congressman Kevin Yoder was voted out and replaced by openly gay Democratic candidate, Sharice Davids. Many are labeling this year as the “Year of the Woman,” due to the Me Too movement which was founded for all people to be able to speak out and prevent sexual harassment and sexual assault.

Kansas Governor-Elect Laura Kelly is only the third out of 45 previous Kansas governors to be female. Kelly believes that it is important to have a wide range of culturally different people  involved in government, including both men and women.

“We must work together to make sure our leaders are more diverse,” Kelly said via email. “When it comes to policy decisions that affect Kansans, it’s important to have men and women from all backgrounds at the table.” 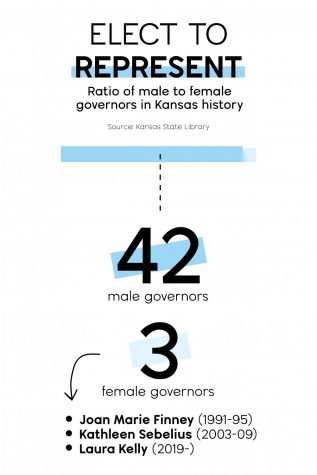 “It can be challenging [to be a women in a male dominated field], but … it’s important for women to demand to be included in important discussions. As governor I will make sure all Kansans’ voices are heard. We will encourage both women and men to be active and engaged in their government,” Kelly said. “Women and minorities have often been left out of the discussion and I intend on changing that.”

“I think that there is no situation in which diversity is not a positive thing,” McClain said. “America is a blend of so many amazing cultures, and all of those different cultures deserve to be represented fairly.”

When it comes to the controversial topic of rights for LBGTQ citizens in Kansas, Kelly will work to fix the the changes the state government has made in the last few years.

“I have consistently supported equal rights for all Kansans. When I take office, I will reinstate protections for LGBTQ state workers that the previous administration eliminated,” Kelly said. “I will fight discrimination of any kind in our state and ensure all Kansans have equal rights.”

According to senior Sam Dufort, the characteristics and knowledge of a politician matter more than what gender they identify as.

“It’s more about the person [and less] about the gender,” Dufort said. “I think that a [congresswoman] could do just as much in Congress as any man could. I think that the only difference would be that she’d probably bring in a different perspective in terms of women’s issues like abortion, child care and education that some men might overlook.” 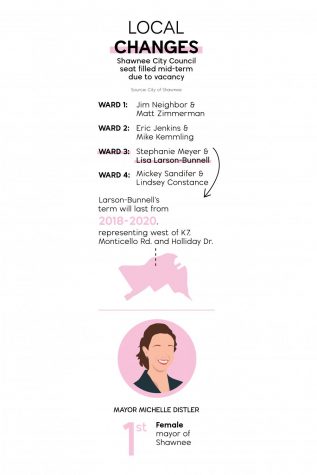 The gaining popularity of the Me Too movement last year has had a large effect on the number of college students voting women into political positions during the midterm election according to The Hill.

McClain sees these impacts in her daily life and thinks positively on the amount of women that were elected into office.

“[It’s] the start of an era in which women feel more empowered to voice their opinions and get involved,” McClain said.

When Kelly takes office as the new Kansas Governor in January, she plans to continue her life goal of improving the community and to set an example for the next generation.

“Helping kids and families has been a lifelong mission for me. Right out of high school I went to work with troubled teens and later kids with mental illness. As a [Kansas] Senator, I continued to make helping families a top priority,” Kelly said. “I encourage students to find what inspires them and make it their mission to make a difference in that area. Even if you face challenges or even fail in your first try, keep working hard.”