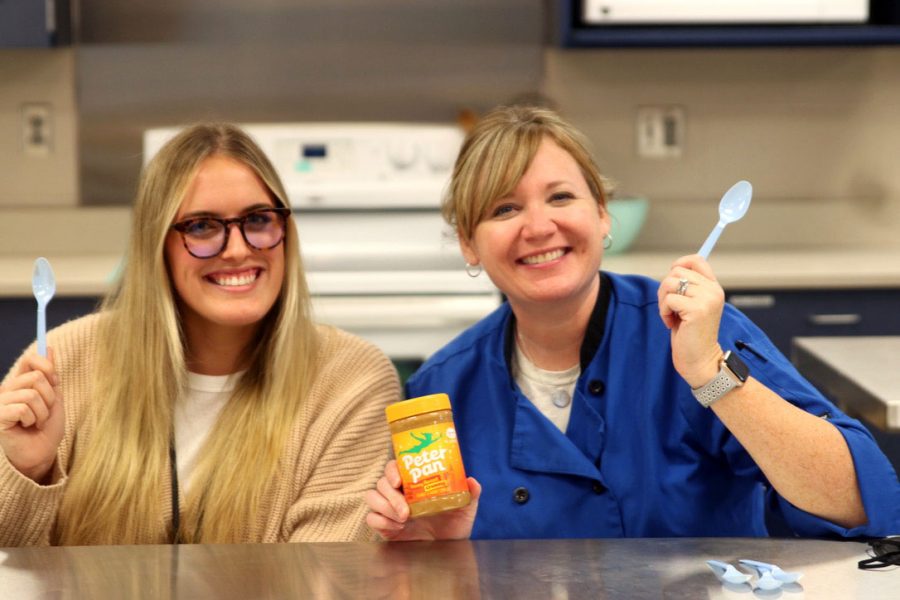 Peanut butter is one of those particular foods that people either love or hate. This month, those who love peanut butter will get their recognition. November is National Peanut Butter Lover’s Month, and Nutrition and Wellness teachers Lauren Stringer and Margaret Dieckhoff did a blind taste test of four different peanut butters, and also shared their knowledge on the food.

Peanut butter can be used for many things other than a typical PB&J. It can be used to make sauces for dishes like chicken pad thai, or used to make dressing for salads. Some will even melt it and pour it over the top of foods to add flavor and decoration.

At Dieckhoff’s house, peanut butter is put to use for sandwiches and desserts.

Stringer said that she mainly uses it for sandwiches, but will occasionally eat it right off the spoon if it is a brand she likes.

For the ultimate peanut butter blind taste test, the pair tasted four different spreads: creamy, crunchy, natural, and honey roasted. They rated on a scale from one to 10, and described what each spread was like.

“[That one was] creamy, to the point with no added nothing,” Dieckhoff said.

Stringer described the natural peanut butter as being like “straight oil”. Even after being mixed up, the peanut butter ran down the side of the spoon.

Last but not least, the “Peter Pan” honey roasted peanut butter got the overall best scores from both teachers. The spread was given a  10 out of10 rating, making the specific peanut butter they decided winner of the blind taste test because of its flavor and texture.