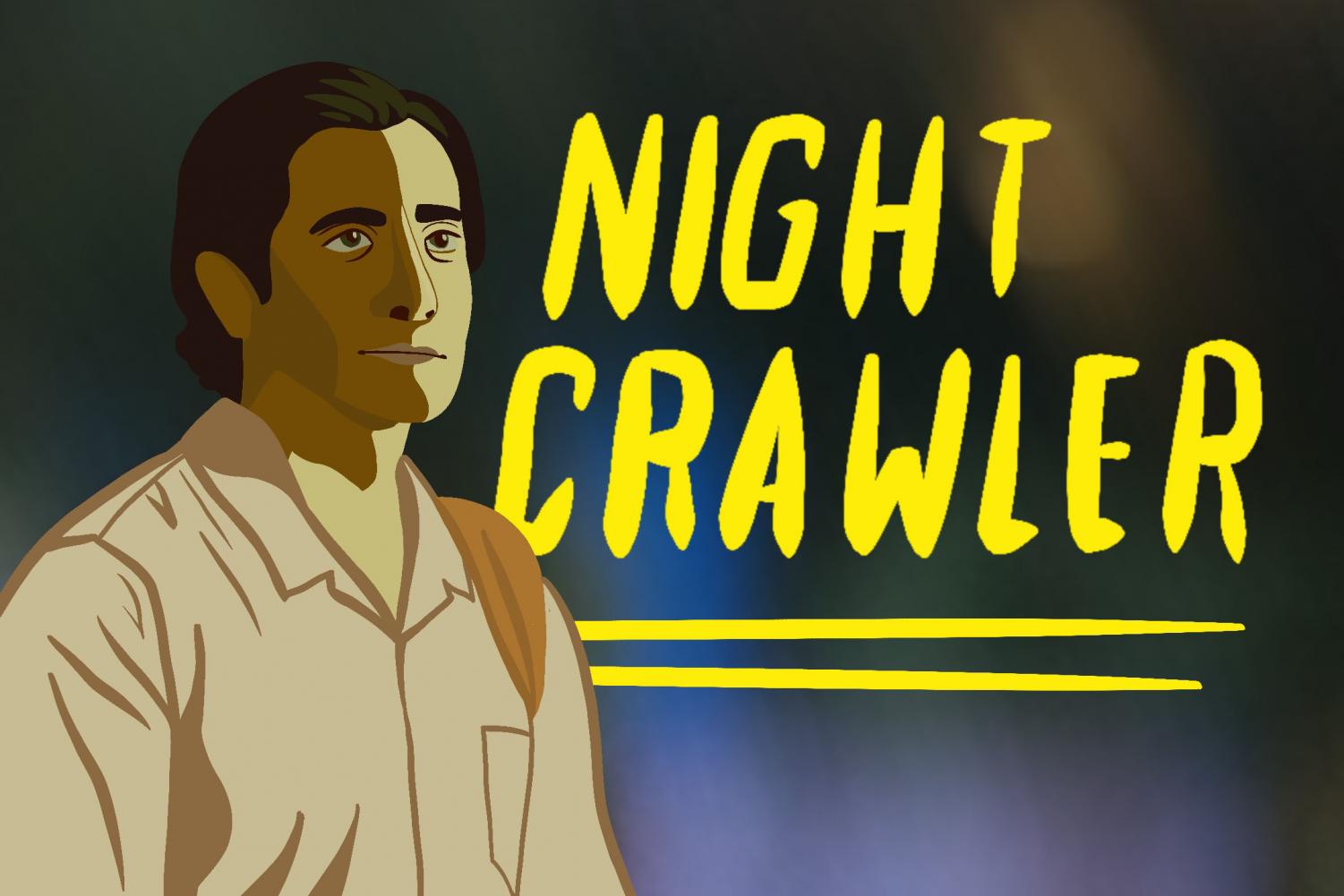 Sticking with the theme of more under the radar movies, we decided to review one of the movies that helped to give Jake Gyllenhaal notoriety: ‘Nightcrawler.’ The 2014 film from director Dan Gilroy follows the story of Louis Bloom, a video producer who is willing to go to any lengths — and when we say any, we mean any — to get the perfect shot. While the movie definitely should come with a viewer discretion is advised label, ‘Nightcrawler’ is a well-acted — albeit distributing — take on news reporting.

I really had no idea what to expect from this movie. Going in I had not seen the trailer, had no idea of the plot and didn’t know anything about the cast except for that Jake Gyllenhaal was in it. After a recommendation from one of the other members on staff, we decided to try out the movie and it definitely was one I enjoyed watching. Although I was initially annoyed by the three minutes of opening credits — I mean how many shots of the Los Angeles skyline are really necessary to show where the story takes place? — the movie did not disappoint from there. While this is definitely a more serious picture, the humor is what I come away thinking the most about. Even the most tense — and shall I say very messed up and disturbing scenes — where offset by well placed humor. With that being said, this is not at all a movie for the faint of heart. There are some messed up scenes that make this movie a tough watch, but, if you can overcome that, it is 100% worth it. Even though I very much enjoyed the movie, there were a coupe — albeit nitpicky — elements that kept me from giving it five stars. For starters, the amount of closeups of Gyllenhaal’s face, which I’m assuming we’re supposed to create dramatic tension, just ended up making me laugh. Now, that isn’t to say the movie didn’t have enough tension. Especially in the final act the story did a phenomenal job of keeping me on the edge of my seat. My other main qualm with the movie was the ending. Although I liked most of how it ended, it felt very abrupt and I wished they would have added a few more minutes to tie up some loose ends. While not perfect, ‘Nightcrawler’ was a wildly entertaining movie that made for a fun watch.

The only thing I knew heading into this movie was that it had to do with journalism (very vague indeed). As per usual, I didn’t know what I was getting into, so I didn’t set my hopes up high. The movie opens with still shots of downtown Los Angeles which I didn’t know what to initially think of besides that it was downtown Los Angeles. However, as the movie started playing out, it made sense why: the majority, if not all, of the movie was set in downtown Los Angeles. From the beginning of the plot, we follow Lou Bloom, played by Jake Gyllenhaal. Everything in the movie is through his eyes. To be honest, Lou gave me chills from the start to the end of the movie; the wide eye stares and the slow smirks makes the viewer feel chilled by his presence. Besides getting a feel for who Lou is, I was generally confused at the beginning. However, I soon realized that he was job hunting until he became interested in video footage collecting. Once this realization hits, the movie progresses quickly when Lou finds a partner and begins to become more successful. I was thoroughly impressed by how fast he got adjusted to the ins and outs but things started turning weird when he started asking for more, especially from Nina, played by Rene Russo. When Lou started chasing Nina romantically, the chilling feeling I had of Lou turned into me seeing him as psychotic. From that point on, Lou’s drive for his “business plan” from his video footage collecting company becomes a thirst: he must get what he wants, and he will not let anyone stop him. We see how he blackmails Nina, how he kills his competitor Joe, and how he lets down his partner by letting him get shot. Seeing the events unfold was a lot. The progression of the movie was slow then all goes by in a blink of an eye. Before I knew it, the end credits were rolling. While the movie ended in an abrupt manner and left me quite unsatisfied, I thought the movie was generally interesting and eventful.