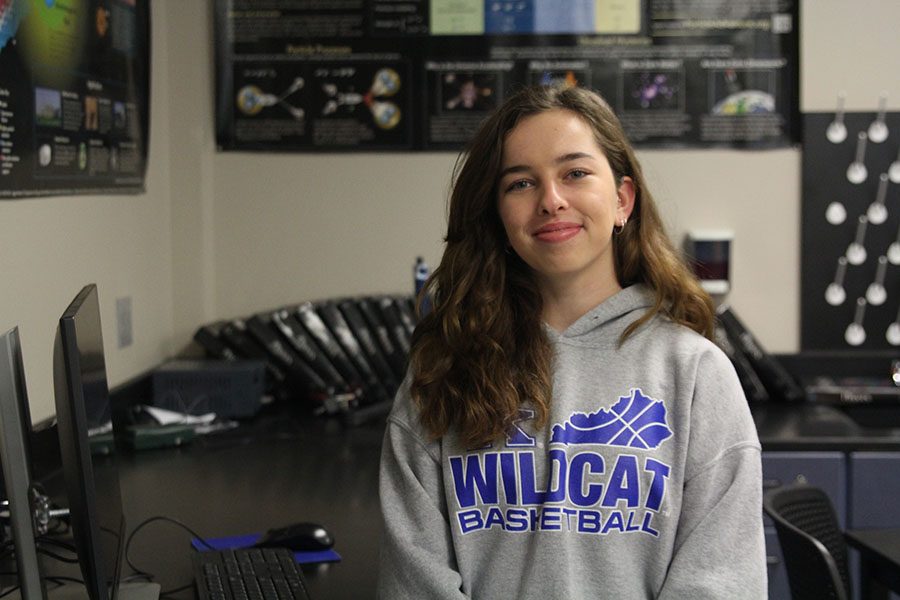 While still holding on to her love for fashion, junior Belle Baker pursues STEM-based activities and classes, and is a member of the Robotics team.

Scribbling complex mathematical equations across her paper in a classroom dominated by males, junior Isabella Baker finds herself representing the face of modern femininity in the masculine world of STEM.

After a childhood of dreaming about fashion as her future, Baker grew to recognize a unique part of herself, and she took “a one-eighty turn to mechanical engineering” by joining Science Olympiad and Robotics, a predominantly male club.

“I really do love fashion and I’m very interested in it, but when I’m working [on Robotics] I feel like I’m actually accomplishing something and I feel so proud,” Baker said.

She also followed her interests into stereotypically male-dominated classes. For example, Baker is one of just six females in the combined AP Physics II classes, and Physics teacher Ryan Johnston considers this to be against gender stereotypes.

“Females are stereotypically drawn towards careers and occupations where they can see tangible benefit to others; they want to help others and they want to be able to see that,” Johnston said. “You can still help others using the things you learn in AP Physics II for example, it’s just less immediately obvious to most people.”

While it took years, Baker finally indulged her long-lived desire to purchase a stereotypically masculine form of transportation.

“I always wanted [a motorcycle] ever since I was five, but it was never practical enough and then I had enough in savings so I just went and did it,” Baker said.

Baker has not gone against gender stereotypes for the purpose of change, she simply does what she loves without letting stereotypes deter her.

“I am an advocate for people who break [gender] stereotypes — male and female — who should go out of what’s expected of them, but I never thought of myself as someone who was noticeable enough breaking those stereotypes,” Baker said. “It’s just always what I’ve always done.”