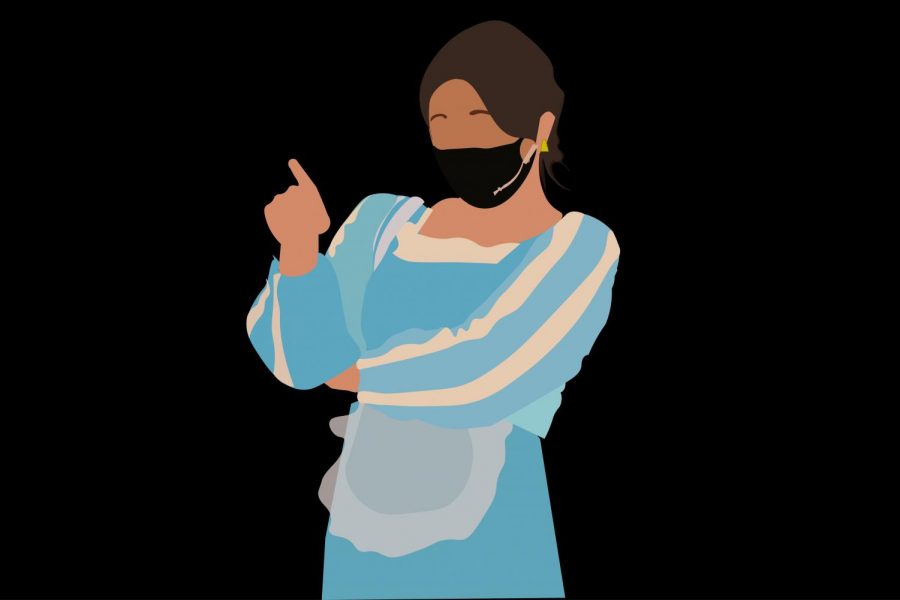 How I Experience Music: Performing

Singing about her mistakes, junior Allison Rader, performs in “The Pirates of Penzance.” The drama department put on the show from Wednesday, Feb. 24 to Sunday, Feb. 28. The play follows the journey of Fredrick, a young pirate’s apprentice, and his path to self discovery and love. Junior Allison Rader played the part of Ruth, Frederick’s nursery maid, a woman determined to become Fredrick’s wife.

This being Rader’s first theatrical production at the school, Rader faces challenges during the rehearsal process.

“My biggest musical challenge was really understanding music because I haven’t had that much musical history in my past,” Rader said. “It was hard understanding notes, chords, beats, when to come in with the music and how to stay at the same tempo as the music. That was probably the hardest thing I had to do.”

In addition to the understanding of music theory, Rader learns to combine all of the aspects of being in a theatrical production while under the spotlight.

“I found dancing and singing to be challenging in a way where I was really trying to focus on perfecting each step but also still being on tempo, being on pitch, remembering my lines and still having an expression,” Rader said. “It was definitely challenging to juggle all of it at once, but it was something that I really enjoyed.”

“It was very fun and interesting because it was something that I got to control. My solo helped me really create my own character and create a part of the show all by myself, which was really cool and something I’ve never done before,” Rader said. “It was very exciting but it was also nerve-wracking because then it made me feel like an actual part of the show.”

As an operetta, “The Pirates of Penzance” lent itself to be a unique and challenging show to perform. Rader describes the rewarding aspects of the show.

“The style of music was very interesting in this show. It was definitely something I’ve never done before or even really heard because it was just such a mixture of different styles of music put into one,” Rader said. “It was definitely difficult but I’m very glad we did it because I think it was something that not every high school theater can pull off.”