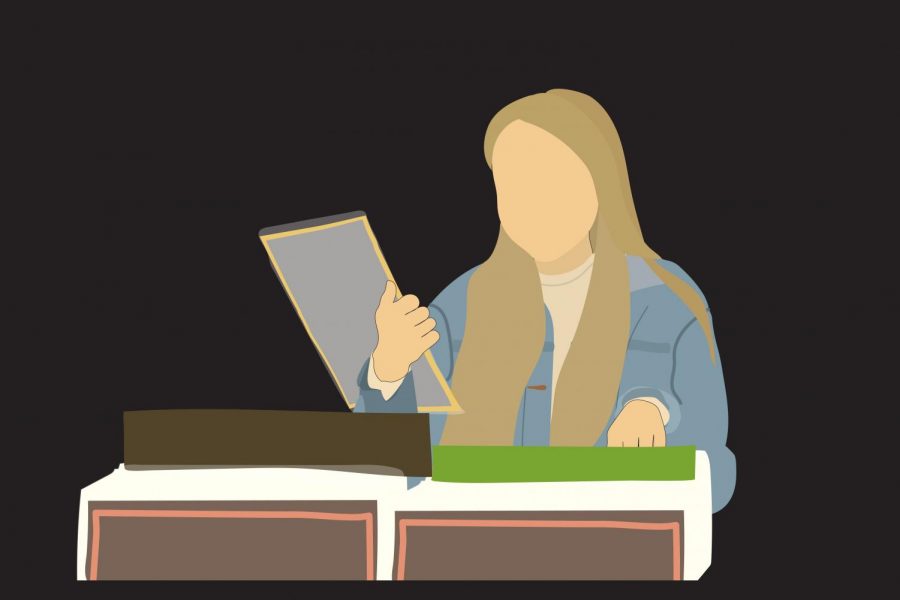 How I Experience Music: Listening

As soft notes created by just a small needle and grooves on a record form into the song “Vienna” by Billy Joel, junior Avery Davis experiences music through listening on her record player.

Davis values the unique sound of a record player and believes it cannot be created by any other speaker or phone.

With record players coming back in style, most stores have taken to selling records. However, Davis’ record player can only play old records, so she looks for albums in second-hand stores.

“My favorite album is my Billy Joel album The Stranger because it has the song “Vienna” on it, which is one of my favorite songs. I got it at a used record store, so it works really good on my old record player and has a nice, vintage sound,” Davis said. “I love the unique sound that vinyl has; it’s really relaxing for me.”

Because she connects the music to cherished family memories, Davis loves the artist Bon Iver.

“My dad was the first person to introduce me to the artist Bon Iver and I fell in love with his music,” Davis said. “The first song we listened to together was “22 Over Soon.”

To show her appreciation to her father, Davis performed a solo for her dance studio to Bon Iver’s song “22 Over Soon.”

“I recently got to perform a solo for my dance studio and I picked the song ’22 Over Soon’ because I knew my dad would recognize and appreciate it,” Davis said. “He ended up loving it and I was so happy that I got to show my love for him through using music by one of our favorite artists.”