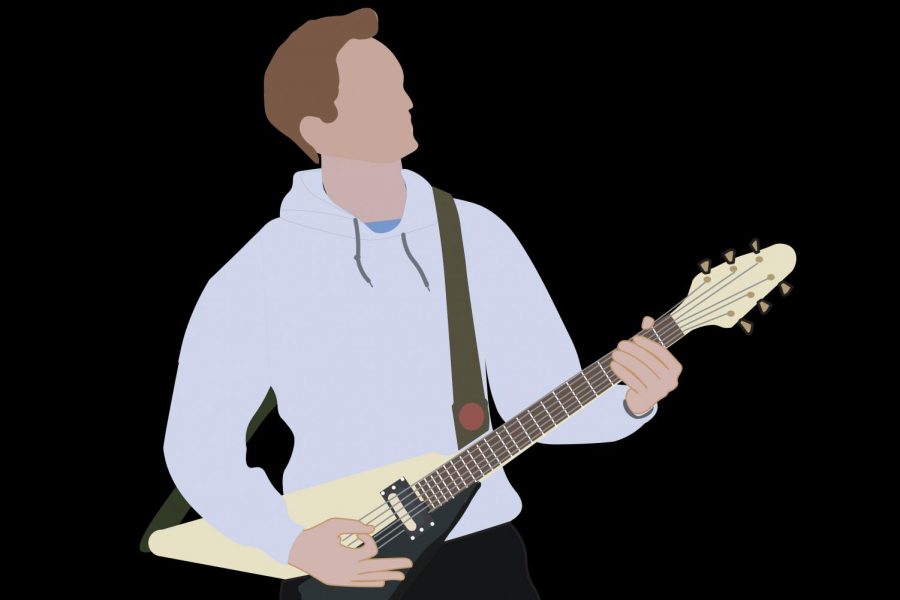 How I Experience Music: Creating

Sophomore Anthony Molinaro and his neighbors create a rock band

Holiday Drive began during the summer of 2019 after the boys in Molinaro’s neighborhood noticed they all love music.

“We came up with this idea because we all knew how to play different instruments,” Molinaro said. “We were all close friends and we thought it would be fun. We came up with the name because Holiday Drive is the road that combines all of our houses.”

Holiday Drive performs both covers and originals, according to Molinaro.

“We write our own music and we play cover songs just for the fun of it,” Molinaro said. “Our songwriting process is making our own riffs, getting together to share them and building off of them. Our inspiration is our favorite bands like Metallica or Foo Fighters.”

Harvey and the rest of the band enjoy music from other rock bands as well.

“Right now we’re playing rock music,” Harvey said. “My favorite song to play is “Talk Dirty to Me” by Poison because it’s really funny to sing that song for no reason at all.”

Molinaro felt a mix of emotions during the band’s first concert.

“We had a New Year’s concert for my neighborhood going into 2020,” Molinaro said. “The New Year’s performance was amazing and so much fun. I was nervous leading up to it but once I got in front of everyone I was pumped up.”

The band faces uncertainty due to Collins’ older age and plans for college.

“I believe our plans are to try and still practice with him,” Harvey said. “The band wouldn’t be the same without him.”

As of April 2021, Holiday Drive has not released music but they plan to, according to Harvey.

“We haven’t released any music because of COVID-19, but we hope to release some music by summer or the end of the year,” Harvey said. “We don’t know [what platform] yet, but I would imagine SoundCloud or another streaming service.”