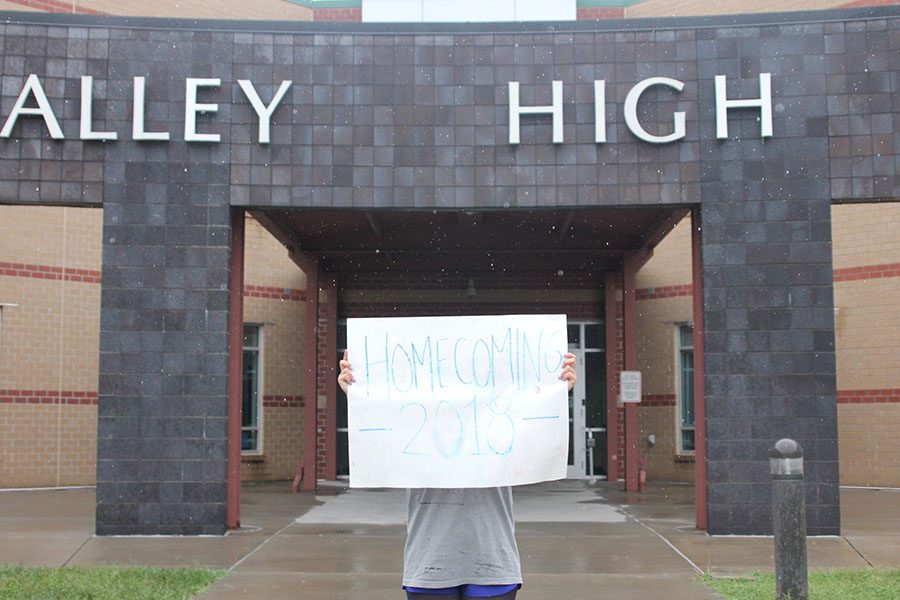 The parade and bonfire will not be rescheduled

For the first time in school history, the homecoming parade has been cancelled due to inclement weather and will not be rescheduled.

In addition, the powderpuff football game will be rescheduled at a later date.

According to StuCo sponsor Erica Crist, the parade has been cancelled due to the rain that is expected to hit Shawnee tonight. The parade will not be rescheduled because it would be too difficult to plan in such a short time frame.

“We have to get a parade permit in advance, so we can’t just say ‘We are going to shut down the street tomorrow,’ because you schedule all of those things in advance,” Crist said.

In the past, StuCo has held an indoor homecoming parade but that is no longer a possibility.

“The school was a lot smaller then. That was also when they had the parade during the school day,” Crist said. “We are not just gonna throw something together and just have low quality, it wouldn’t be worth it.”

Although floats will not be used in a parade, StuCo is asking for donations of decorations for the dance this Saturday.

Despite the parade being cancelled, Crist is still confident that homecoming will be as fun as always.

“Unfortunately this is the first time we have had to cancel the parade and that’s just how it is sometimes,” Crist said. “But we will still have a great homecoming.”