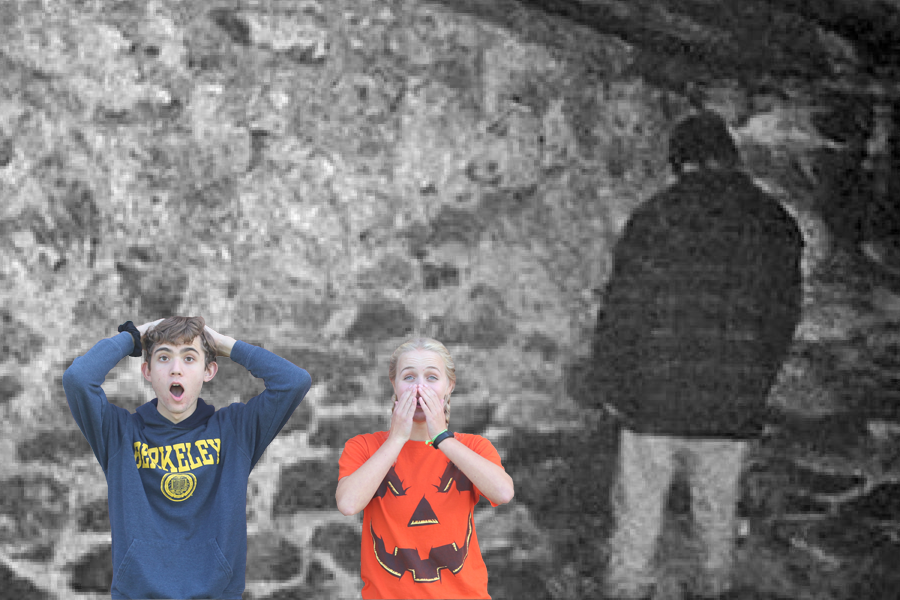 This week, we reviewed “The Blair Witch Project,” a mockumentary that follows three film students as they attempt to tell the story of the Blair Witch. Their documentary goes off the rails after they get lost and have to experience the Blair Witch firsthand.

This film is known for two things: grossing almost $250 million at the box office on only a $60,000 budget, and bringing the found footage horror genre to America. Because of these two things, it’s remembered as a horror classic.

Twenty years after its 1999 release, we decided to see how well it holds up.

Molly Smith: Going into this movie review project, I thought I was going to have extended periods of time where I was unable to sleep or walk outside in the dark. It is because of movies like this I have been proven wrong. “The Blair Witch Project” lacks what every horror movie needs: horror.

Ben Wieland: Over 20 years after its release, “The Blair Witch Project” definitely loses some of its scariness. Sure, it’s supposed to be a horror movie without any of the marketing around it, but it also originally pulled a lot of its scariness from the mystery surrounding the film’s release and the question of whether or not it was real. Going into the movie with full knowledge that none of it was true took a lot of that mystery away for me, leaving the movie with a few scary scenes but no real sense of dread or uneasiness.

MS: While each component of a plot line has an interesting aspect, this movie failed to accomplish anything interesting in a majority of the plot. While there were some moments that were designed to be intense, I was not phased by any of these moments. For example, there was some rocks moved around, slightly scary noises/voices and the disappearance of a friend; the audience was expected to be scared by these superficial occurrences.

BW: The setup for this movie is simple, but I actually really enjoyed the way it was executed. Although this film came out in 1999, it provided a realistic portrayal of three panicked students that holds up in believability today. All the character interactions were something that I’d expect to see if three real people were put into this situation; some of this is a testament to the quality of the actors, who were asked to improvise most of their scenes, but it’s also a credit to the plot. Despite being about the titular Blair Witch, the movie avoids anything too paranormal or witch-y, which keeps the film interesting.

MS: The only interesting aspect of this movie is the fact that it was the first ever found film horror movie. This means it was shot in the style as if it was found footage from an actual group of students. In my personal experience, I have seen multiple movies made in this style and that there is a definite way to make the plot interesting and the movie scary overall.

BW: “The Blair Witch Project” was the first mainstream American found footage horror movie (no, “Cannibal Holocaust” doesn’t count), which almost singlehandedly gives the movie a high score in this category; it kick-started an entire genre! The found footage aspect was incredibly believable (as Molly found out firsthand, as she thought the found footage was real for a considerable portion of the film) which added an extra layer of immersion, and the shaky camera that came along with the genre added an extra layer of panic in scary scenes. This is probably also a good place to mention the movie’s excellent viral marketing campaign when it was released in 1999; all in all, for a film with a budget of only $60,000, this movie is amazing.

MS: Before viewing “The Blair Witch Project,” one of the members of our viewing party mentioned to me that this was a found film movie. This put me under the impression that it was actually found film from a real story. Shortly after, I found out that this story was in fact fictional, making the attention grabbing feature of the film cease to exist to create a negative movie watching experience for me.

BW: I actually watched this movie on my own, so I really struggled through the first 35 minutes or so. I fell asleep at least twice during that time period and was a bit disillusioned with the prospect of having to slog my way through the rest of the movie. From the moment the three characters first encounter the hanging stick figures, though, I was engrossed. This movie really was a tale of two halves, and despite one half being really enjoyable for me personally, the boring first half of the film has to drag it down for me.

MS: If one is looking for information about the Blair Witch or a scary movie in general, I would not recommend this movie for either of those reasons.

BW: Although it was probably a scarier film to watch in 1999, “The Blair Witch Project” still holds up today in terms of believability, and its groundbreaking work in the found footage genre means that it remains a horror classic.

Have a family-friendly Friday!