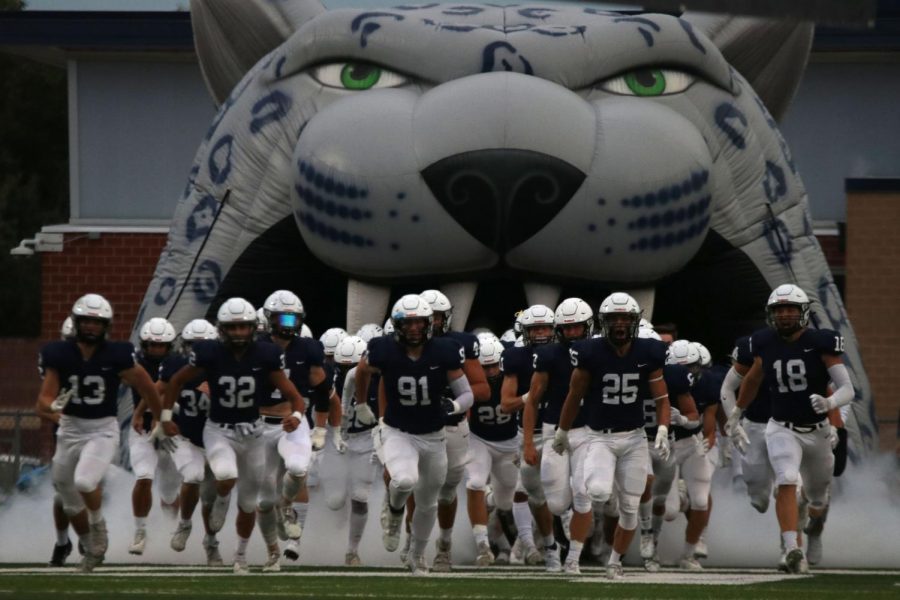 Senior Cody Moore leads the jaguar football team onto the field and into their second home game of the year. 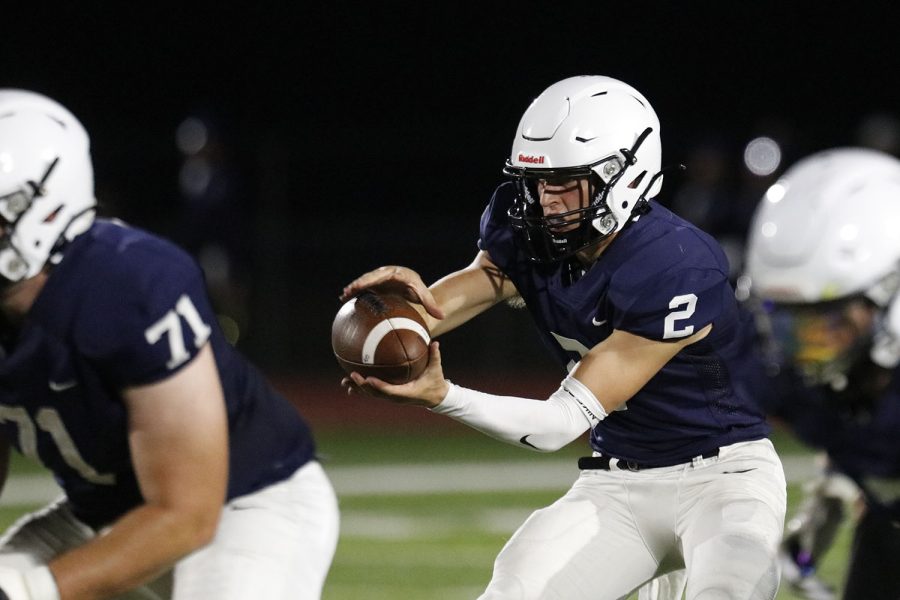 With both teams undefeated, tension was high, but senior Kendrick Jones felt confident in the team leading up to the game. Jones acknowledged the gossip around his opponent, but never expected anything but a win.

“There was a lot of talk about how good [Lawrence] was and they would have ‘Lawrence Pride.’ I looked at it like they were just another team in my eyes,” Jones said. “I had a lot of faith that we would come out with the win because we practiced and prepared, and I had a lot of confidence going into the game knowing we were going to come out with a dub.”

However, just two minutes into the first quarter, junior Hayden Jay scored the first touchdown of the game.

“It was a five-yard score, and I had to reach out in order to ensure I was all the way in the end zone,” Jay said. “It was really great to score early to help set the tone for the rest of the game.”

“I couldn’t believe that I actually won,” Hunter said. “I feel excited and appreciated that I won. Knowing that my classmates voted for me also felt great.”

Coming back strong into the third quarter, Jay threw the ball to senior Jared Napoli, who scored a 75-yard touchdown, bringing the score to 21-0.

“I just focused on not getting caught from behind. I kept peeking back to make sure no one was going to catch me.” Napoli said.