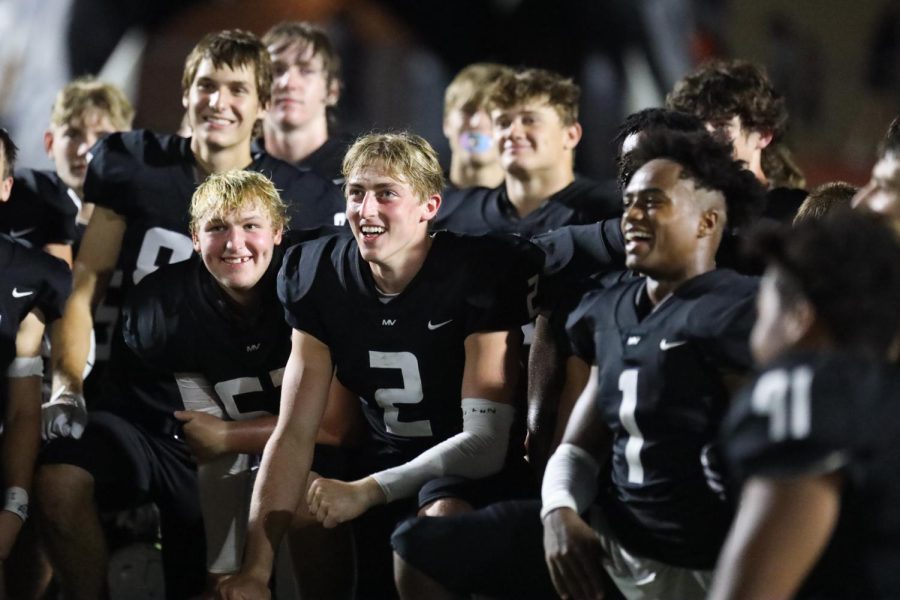 In the huddle alongside his teammates, senior Hayden Jay laughs at his coaches jokes.

The football team defeated the Cougars Friday, Sept. 16 for the Homecoming game

Gallery|25 Photos
By Hailee Ford
In the huddle alongside his teammates, senior Hayden Jay laughs at his coaches jokes.

Additionally, junior Truman Griffith explained how this game being the Homecoming game impacted their preparations.

“This game being the Homecoming game definitely pushes us a lot more to work a lot harder. Especially with all the preparation we did this week,” Griffith said. “We watched a lot of film, made sure there was no stone unturned and made sure that we got everything right.”

According to Miller, the team collectively plays with the goal of improving from the games from the previous weeks.

“We go out there every week and try to push ourselves to be better than last week. We try to be a better team and be better players all around,” Miller said. “We prepared the same way we do every week. We try to do what we didn’t do well last week as well as prepare for a win.”

Overall, Griffith described his favorite play he did during the game and how he prepares himself mentally before games.

“When I got my sack because it was a good play at the right time,” Griffith said. “Before the game starts, I try to stay focused, try to stay calm and do my job on the field.”