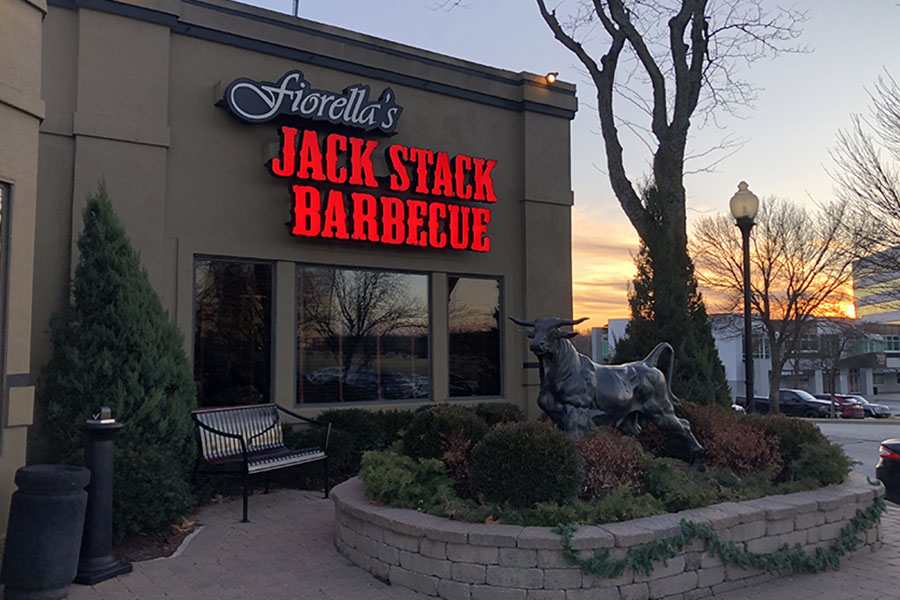 For my fourth day of participating in KCRW, I headed to Jack Stack Barbecue to dine on their 4-course dinner on Saturday, Jan. 18

Fiorella’s Jack Stack Barbecue is a Kansas City-based barbecue restaurant that dates back to 1957. During the bustling growth of barbecue in Kansas City during the 1970s, Jack Fiorella and his wife started smoking their meat over a hickory wood and developing a wide-variety of dishes for their menu. Today, Jack Stack is a prominent barbecue restaurant in the Kansas City area, and they also have a service that delivers frozen goods to people across the nation.

Similar to the rest, as one of the participating restaurants in Kansas City Restaurant Week, Jack Stack Barbecue offers a lunch and dinner menu that offers a selection of different courses that come from their original menu. While the lunch menu consists of a two-course meal, Jack Stack Barbecue offers a generous four-course menu for dinner—the most courses that I have gotten out of all of the other restaurants that I have dined at. 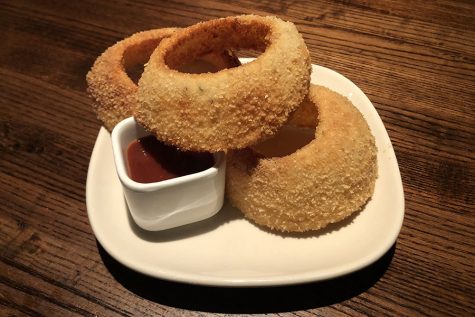 For the first course, I had to go with Jack Stack’s well-known onion rings. The onion rings are cut in thick slices and have a thin layer of the bread coating. As I cut into the rings, the flaky coating crumbled into small pieces, leaving the glossy

onion under its presence. Even though the crust gave away with each cut, after dipping each cut into their famous barbecue sauce, the flavor of the rings were perfect. The crust and the onion itself were perfect and nothing could have made a better start to this dinner. 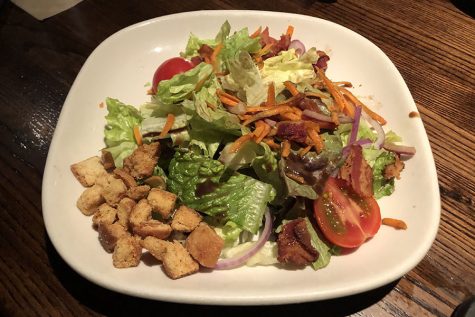 For the second course, I ordered the green salad which consisted of the ingredients often found in any house salad; lettuce topped with shredded carrots, red onion slices, halved cherry tomatoes, bacon chunks, sided with their homemade croutons. The salad didn’t come with a prepared dressing, so I chose balsamic vinaigrette. While the salad itself was delicious, the vinaigrette that was offered had a very acidic taste that left my lips burning a little. Despite this, the homemade croutons absorbed the vinaigrette and was able to tone down the acidity of the dressing. The salad was very

good, and if I had asked for something else rather than the vinaigrette, it would have made the salad a five out of five. 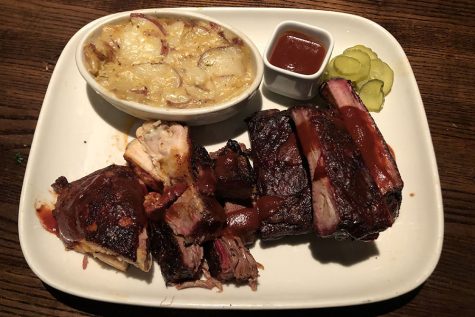 the ends had bursting flavors that were savory. Next, I tried the spare ribs. Just like the burnt ends, the ribs had their well-known hickory smokey taste that lasted even after I had finished dinner. The ribs themselves already had a lot of flavors without dipping the ribs into the barbecue sauce. In addition, the ribs were the perfect tenderness and each bite I took, the meat would just fall off the bone easily. Honestly, Jack Stack’s ribs are probably my favorite from the different ribs that I

have tried. Lastly, the chicken had the same smokey flavor as the rest of The Sampler, and it was not dry at all. Usually barbecued chicken is dry, but Jack Stack’s chicken was perfect.

Additionally, the potato bake that came with the entrée was amazing. The sliced potato scallops were brought together by the creamy and cheesy mix, and the cheddar that topped the potatoes had a stretch to it. This cheesy side complimented the barbecue well, and it was the perfect finish to The Sampler. 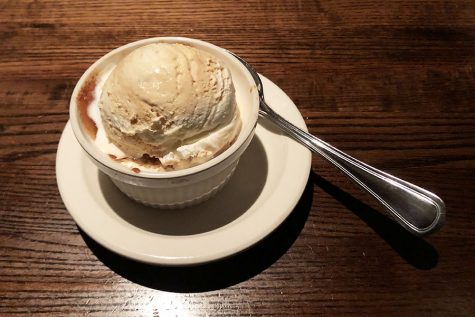 By the time the fourth course came around, I was stuffed, but I managed to eat a few bites of the ice cream that I ordered. This dessert was the perfect way to end a savory barbecue dinner. Not only was the maple bourbon pecan ice cream the perfect sweetness, but the cinnamon apples underneath the ice cream were perfect. The apples and ice cream pair had that fall season feel with the taste of cinnamon and maple. I thoroughly enjoyed the ice cream dessert because it was different than the classic baked good dessert. Even though I was full by the time my ice cream arrived, the few bites of the dessert I had were the perfect way to end dinner.

Overall, my expectations for Jack Stack Barbecue were met. Not only was the four-course dinner worth the $35, but the variety of dishes that the Restaurant Week menu offered was unbelievable. From the onion rings all the way to the dessert, ever course provided great flavor that satisfied my taste buds.