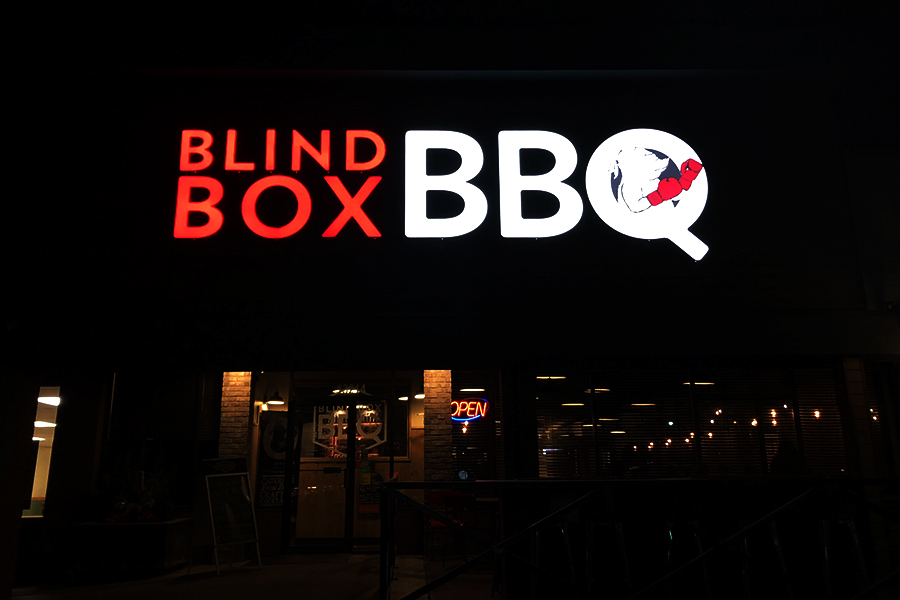 I headed to Blind Box BBQ for the third day of KCRW on Monday, Jan. 13

Since its grand opening back in August 2015 in Shawnee, Blind Box BBQ has been known to serve local Kansas City barbecue with a modern twist. The interior of Blind Box BBQ lives up to the “modern twist” with the calming atmosphere of its modern aesthetic. Since the opening of their first restaurant in Shawnee four years ago, Blind Box BBQ has opened a second location in the Nebraska Furniture Mart near the Legends.

Similar to the rest, as one of the participating restaurants in Kansas City Restaurant Week, Blind Box BBQ offers a lunch and dinner menu that offers a selection of different courses that come from their original menu. While the dinner menu serves three courses, the lunch menu only offers two courses—an appetizer and an entrée. 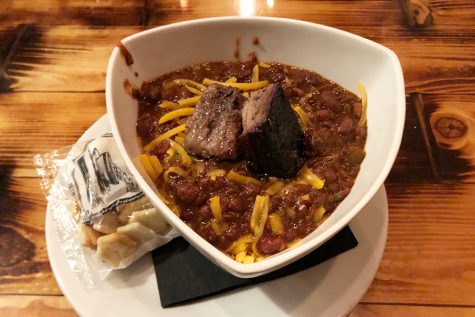 For my appetizer, I decided to go with the burnt end chili. There was a generous amount of chili served in the bowl; it looked no different than a normal bowl of chili. The chili certainly didn’t live up to its name: burnt end chili. Instead of pieces of the burnt end being incorporated into the chili, it was a bowl of chili with two pieces of burnt ends plopped onto the top. I am also a big chili fan, but the burnt end chili was oversalted. After every spoonful or two I ate, I had to wash it down with some water. Despite its saltiness, the taste was just like how I imagined chili would be. If there would’ve been less salt, I probably would’ve enjoyed the chili more. Overall, while I was overwhelmed by the saltiness of the chili, I thought the burnt ends were the perfect texture and had great taste.

For the second course, I ordered the Pitmaster Plaster. When the platter of barbecue was set down in front of me, my jaw dropped; the mound of ribs, briskets and a chicken thigh piled up on the left, and to the ride, the corn bake and cheesy mac and cheese were begging to be eaten. The first thought that came into my mind was “I can’t finish all of this!” Regardless, I pushed that thought away and started attacking the platter by tasting everything on the plate. 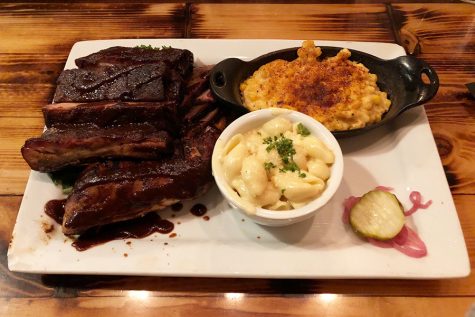 The beef brisket was very tender and had the smoky flavor of barbecue; it was my favorite meat on the platter. Dipped in the sweet barbecue sauce that they offer, the brisket had the perfect taste that I love in barbecue. Next, I tried the barbecue ribs that had more of a sweetness to it than a smokiness. The sweetness of the barbecue sauce was the perfect twist to the common smokiness of other ribs. The meat was soft and had moisture that made it easy for the meat to slide off the bone once the I bit into it. You would think that smoking barbecue ribs for a long time would make it very dry, but the sauce provided the ribs the perfect amount of moisture that was favorable to my taste. The third and final type of meat served on the platter was the barbecued chicken thigh. While I usually don’t enjoy barbecued chicken, the thigh had a savory taste that was perfect on the chicken. The chicken wasn’t as dry as I thought it would’ve been and it made the chicken good. Overall, for the three meats served on the platter, I was satisfied with the amount and taste of each of them because they all had that modern twist that Blind Box BBQ is known for.

In addition to the barbecue, the two sides—corn bake and mac and cheese—were the perfect compliments to the barbecue. Not only were both of them delicious, but the quality and uniqueness of each dish made them very good. The corn bake, topped with a generous amount of paprika, was sweet from the corn and savory from the cheese. The mac and cheese was beyond amazing; it had a thick consistency and the cheese was rich. The two cheesy sides I chose were the perfect contrast to the smoky barbecue. 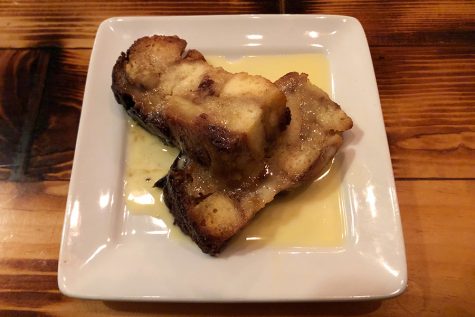 Overall, my experience at Blind Box BBQ was a good one. Despite the oversalted chili, the rest of the dinner was fantastic. The variety of barbecue that was served on the platter was the perfect way for me to taste different barbecues in one serving. While I was not able to finish everything because there was so much, I was able to taste all three different types of meat. In addition, the bread pudding was the perfect way to end dinner because of its simplicity in taste. For $35, dinner at Blind Box BBQ was worth it because of the variety. Blind Box BBQ was a great decision for the third restaurant I chose to eat at for KCRW.