Junior Dakota Wilson spends extra time in the band room and deems it one of the most memorable places this far in her high school career. “[The band room] is just a good place to be and all my friends are always there, so we hang out there a lot. When Steiner and Arpin are around they are really sarcastic, so it takes a while to warm up to their sense of humor, but after that it’s really easy going,” Wilson said. 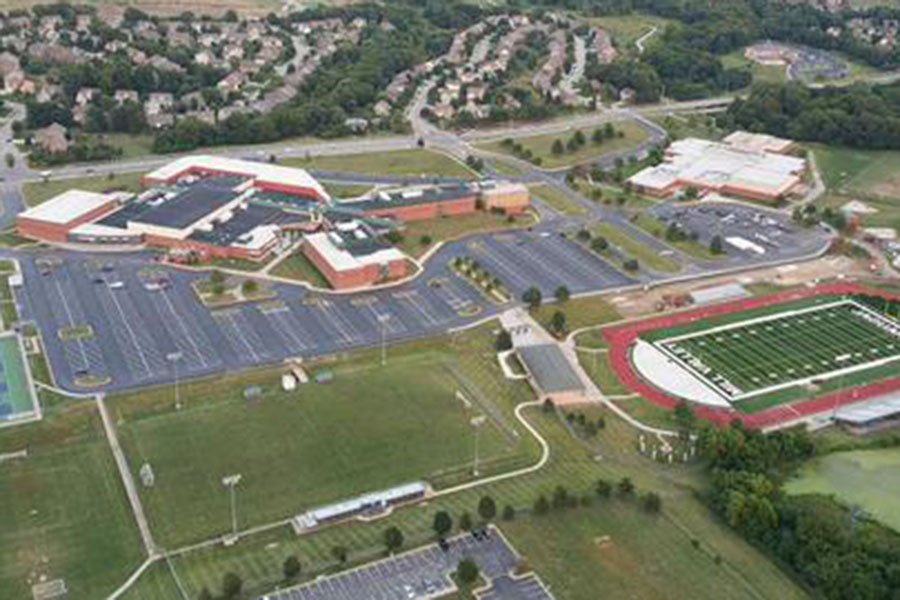 For the average student, the band room may not seem different than any other, but for junior Dakota Wilson the room has become a special place.

Wilson takes Music Theory, Symphonic Band and Jazz Band in the band room. Spending up to three hours of her day there creates a comfortable setting.

“It’s a good environment to go to,” Wilson said. “Even if you’re not in band at the moment, you can still go in and talk to [band directors Deb Steiner and Elliott Arpin].”

Being in the band room allows her to create memories with other band members, according to Wilson.

Junior Jordan Robinson spends extra time in the band room with Wilson including during Jazz and Symphonic Band. For Robinson, band has been a major part of high school.

“Being a part of band has really defined my high school experience and it’s a place [where] I have a lot of good memories,” Robinson said.

Freshman Samuel Crain believes the room is a unique place to follow his love of music.

“The band room is a place where I get to express a passion of mine that I don’t get to elsewhere in the school,” Crain said via email.

Robinson has been able to make relationships through band that she might not have otherwise.

“I’ve met a lot of people through band,” Robinson said, “I have some good friends.”

Wilson believes that spending time in the band room is a good way to get to know the directors.

“Arpin teaches my brother, so I go in there and I talk to them about family,” Wilson said. “It’s good because you learn about them and they learn a lot about you.”

Crain uses the band room as a way to make friends, like upperclassman.

“A lot of really special people are in band,” Crain said. “Sticking around [the] band room is a good way to make connections and meet new people.”

For Wilson, the band room is a place to express herself.

“It’s a comfortable place to go,” Wilson said. “You can go in there and be yourself.”