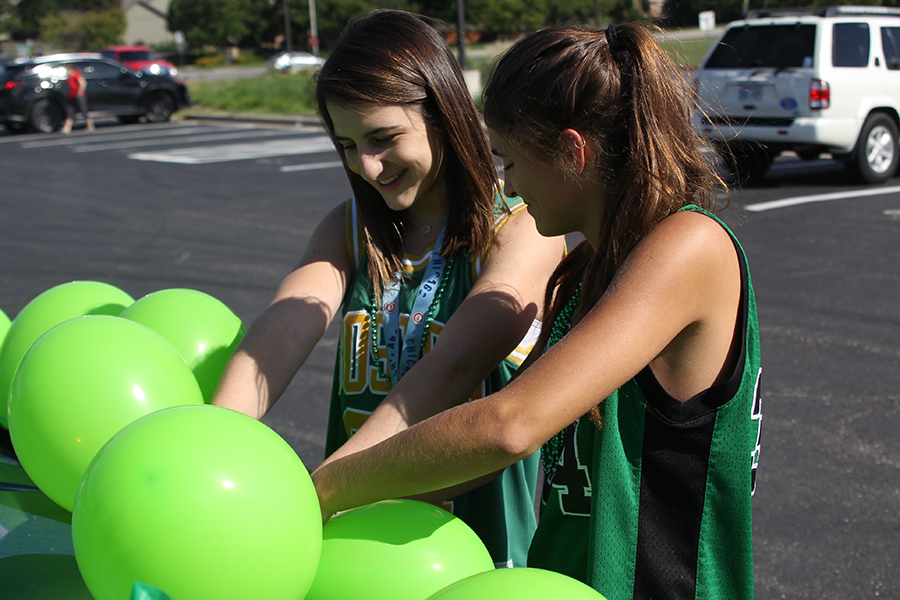 Students represent their clubs and sports alongside the homecoming candidates by taking part in the parade on Wednesday, Sept. 6 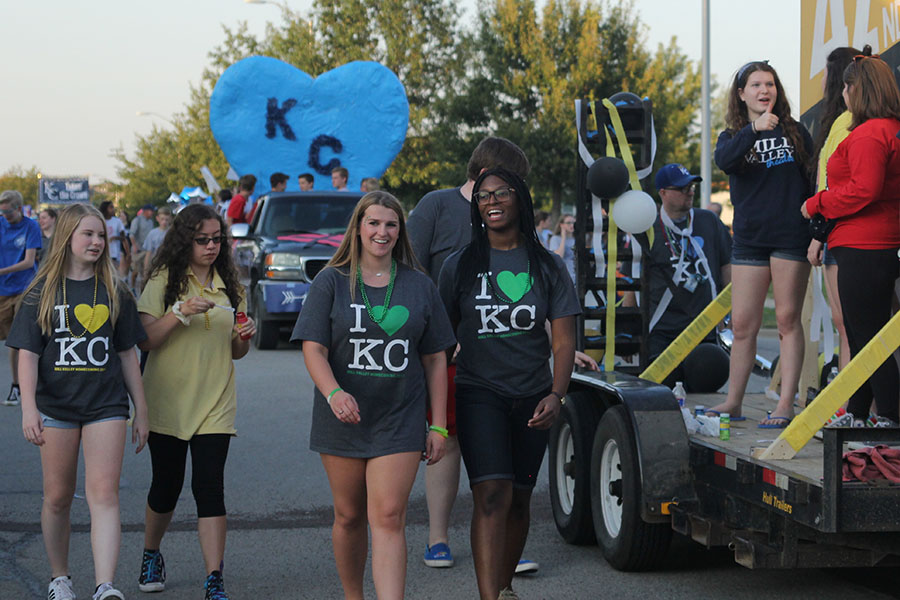 Gallery|27 Photos
By Avery Liby
Sophomores Anna Paden and Ashley Grega walking next to the float for 42nd Street.

The annual homecoming parade contained 16 floats consisting of sports, clubs and homecoming candidates on Wednesday, Sept. 6. Along with the floats, the parade featured a police escort, the band and color guard.

Senior Abby Sutton is confident in the Silver Star’s float that she accompanied in the parade.

“It was really fun,” Sutton said. “I feel like our float won. It was over the top.”

The large crowd created a bit of anxiety for senior Simon Vongxay.

“I think it went well. I saw a lot of dogs which was great,” Vongxay said. “I was definitely nervous, it was scary waving. Every time I waved I was rethinking how to wave.”

In order to participate in the parade as a homecoming candidate, Vongxay completed an array of tasks to prepare.

“We had to fill out a waiver like everyone else. We had to find a car and a driver which was kind of hard. Then, we had to make our signs and get an outfit together,” Vongxay said. “I feel like the day was rushed but I felt like we were prepared. “

Due to the early homecoming date, the float decorating feels hurried, according to Sutton.

“We spray painted a bunch of Burger King crowns gold to hand out to the kids. We decorated the outside by getting a bunch of things that represented Kansas City,” Sutton said. “We started on Saturday so it was a little rushed. We stayed up very late last night spray painting and getting the fountain to work.”

The Silver Star’s float features a functioning water fountain that produced some difficulty for the team.

“I was nervous because I told all of my friends about the spinning water fountain but we weren’t sure if it was going to work or not,” Sutton said. “It ended up working.”

Despite the stress that the float caused, Sutton feels content with the way things worked out.

“I was really happy with the way the float turned out. The water fountain was pretty sweet; it turned out amazing,” Sutton said. “I didn’t think we could pull it off but we did.”

Not only does Vongxay feel excited about being a homecoming candidate, but he can also proudly say that this has been his favorite part of his high school experience.

“I feel honored. I love everyone; they are really nice,” Vongxay said. “It was probably the highlight of my high school career.”