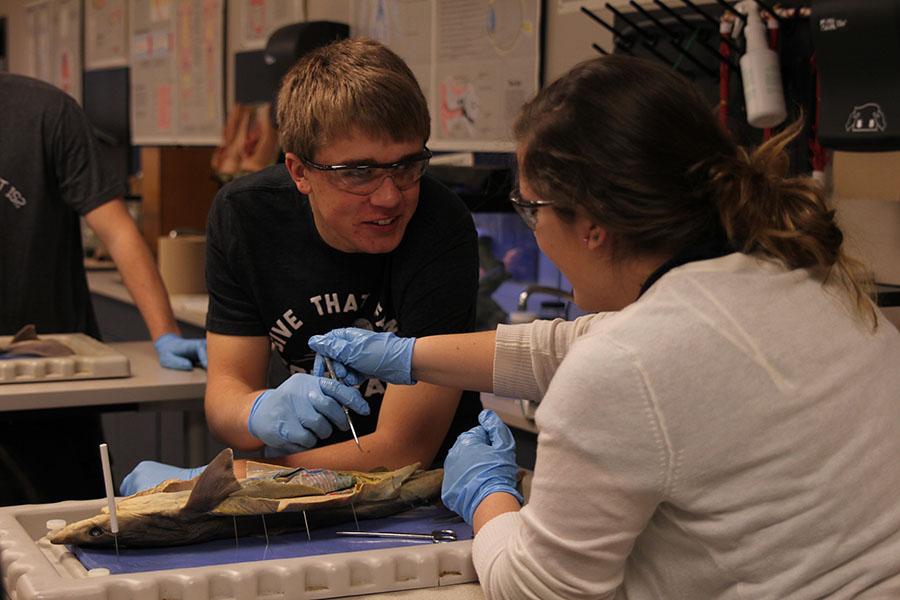 In Zoology, students learn about the different classes of animals and will eventually dissect an organism from each class. Thomas said this dissection was well received by his students.

“My students always largely enjoy [the dissections] because they’re the types of students who enjoy hands-on learning,” Thomas said.

Sophomore Maria Guilford initially enjoyed dissecting the shark, but was not as pleased with the aftermath.

“After the dissection, I was really grossed out,” Guilford said. “I was covered in shark fluids and I felt like I needed to shower.”

Thomas thought the dissections were very beneficial to his students.

“[The dissections] give the kids an opportunity to see what they’ve been learning about,” Thomas said. “Plus, most kids won’t ever see a shark in real life.”

Guilford felt accomplished after the dissection, and learned a great deal in the process.

“I learned the anatomy of a shark and the functions of its body,” Guilford said. “More importantly, I managed to dissect a shark without passing out.”