On Saturday, Feb. 24, the wrestling team traveled to Park City to compete in the state tournament and placed fourth along with several medal winners 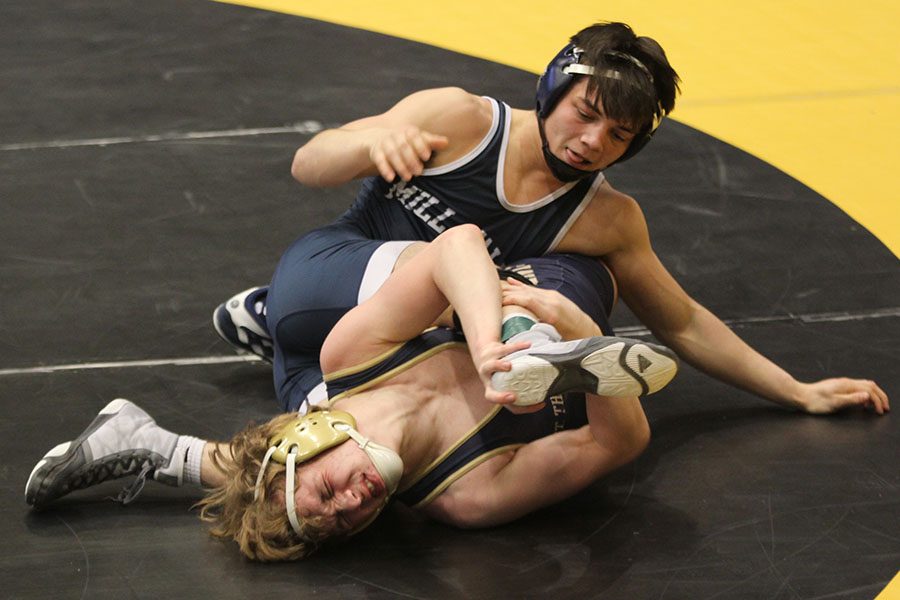 As his opponent struggles under him, senior Bryson Markovich attempts to get a pin.