Students get involved in the pep assembly, ranging from dance battles to life-size board games 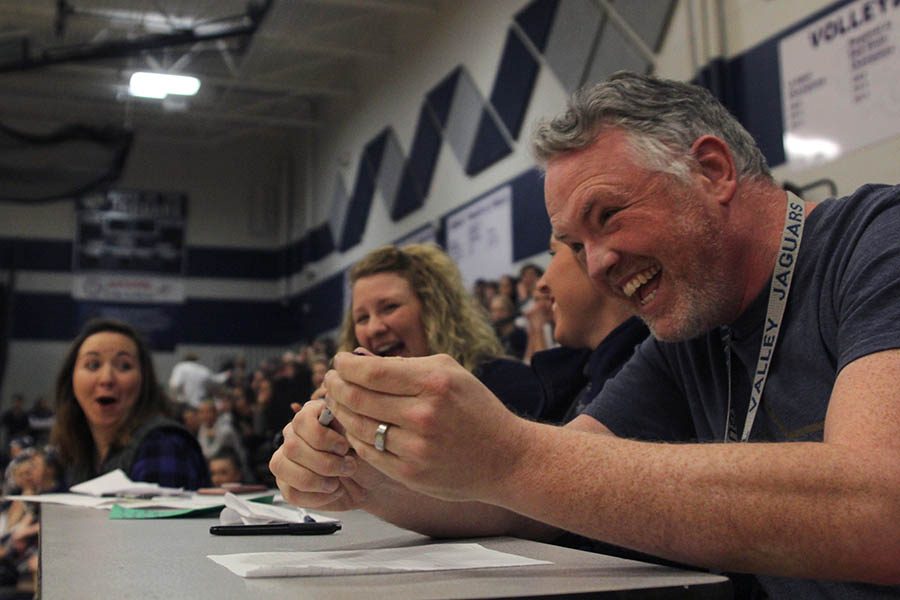 While watching the freshmen perform their dance, science teacher Chad Brown laughs alongside the other judges.

The main gym was crowded with navy blue and white on Friday, Feb. 3 for the pep assembly concluding the Winter Homecoming spirit week.

“I think it was clever how they did the Hungry Hungry Hippos game and they did the yellow balls to make it look like lettuce,” junior Emma Barge said. “I liked it.”

Senior Melissa Kelley, who participated in the Winter Homecoming candidate game, said she was “kind of nervous at first,” but eventually found herself having “a lot of fun” in the game.

During the assembly, Barge danced with the junior girls in the class dance battle and performed with the Silver Stars dance team in its routine.

“Honestly, I like that I don’t have to sit there and watch the whole [assembly],” Barge said. “I like to get up, and I like to [participate]. I really like performing in front of the whole school with the Silver Stars.”

“You get everybody all together and hopefully excited,” Kelley said. “I think it was fun for them to see their classmates participate in a dance battle. It’s just to get some school spirit up.”