Voting isn’t easy for everyone 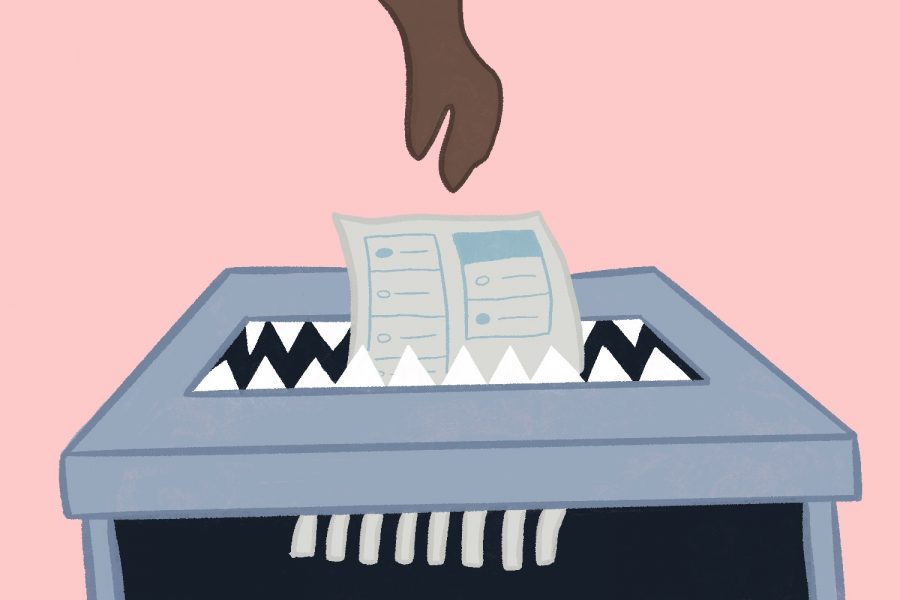 Describing voting as "easy" minimizes the harmful impacts of voter suppression and intimidation.

Leading up to the 2020 election, the effort to reel in first-time voters kicked into high gear. Politicians, campaign volunteers, and ordinary citizens dedicated immense quantities of time to knock on doors, phonebank and spread the word over social media about how important voting is. Websites like I Will Vote, a platform that urges people to create a voting plan, have been popular references in these months preceding the Tuesday, Nov. 3 election.

I find the push to engage people across the country, young and old, rural and urban, to be admirable and encouraging. Political participation is vital to holding our public officials accountable and ensuring our government is acting in our best interest. My only qualm with some of the tactics used to corral new voters to the polls is the rhetoric. Specifically, slogans that advertise voting as quick and easy.

For many, this isn’t wrong. In neighborhoods with adequate polling precincts, mail-in drop boxes, and efforts taken to ensure accessibility, voting can be a simple, painless process. However, for marginalized communities, this is not and has never been the case. Throughout history, there have been intentional and effective methods used to suppress and intimidate voters. People living in densely populated urban areas and BIPOC communities deal with these undemocratic ploys most acutely. Generalizing voting as something universally simple, thus, comes across as innately privileged and ignorant.

In this election specifically, long lines to vote have been broadcasted as something to be proud of, but I see this as nothing short of embarrassing. While those individuals who were able to endure these waits should be commended, this is voter suppression at its finest. Under no circumstance should someone be expected to take a day off of work and stand in line for upwards of 10 hours to cast their ballot. In these situations, I find it hard to blame people living paycheck to paycheck for not putting their entire life on hold to vote.

Furthermore, when individuals do go out to vote, they face an unprecedented form of voter suppression known as the “Army for Trump” or “Trump’s Army.” These 50,000+ poll watchers are going to be positioned in precincts across the country to spot voter fraud and alert lawyers of their suspicions Tuesday, Nov. 3. Their only training comes straight from the mouths of Trump’s partisan field generals.

This kind of initiative has been restricted since the 1980s. After GOP volunteers intimidated and harassed voters, the court ruled that having partisans inside voting precincts was a violation of the Voting Rights Act. In effect, the decree stopped harmful, quote-unquote ballot security operations, not dissimilar to “Army for Trump.” But, under Trump’s administration, the restriction on placing partisans in voting precincts was lifted.

Now, people must reckon with unconcealed attempts to intimidate them from voting or manipulate them into voting a certain way. Whether it be partisan poll watchers, threatening robocall and e-mails, or brazen efforts to harass voters, voting in 2020 is a far cry from easy for too many Americans.

While one person’s voting experience might have been convenient, this is not the case for far too many people, and it’s about time we make an effort to address these issues instead of brushing them under the rug and insisting voting is always easy. Getting people politically engaged is a noble effort, but that same effort needs to be put into making our elections accessible for everyone, regardless of the place they live, the color of their skin, or the amount of money they make. Voting can be easy, but it’s not easy for everyone, and it’s about time we changed that.