Vote for the candidate, not the party

By conducting research on election candidates, more voters will be making informed decisions on which candidate they should support rather than mindlessly voting the party lines 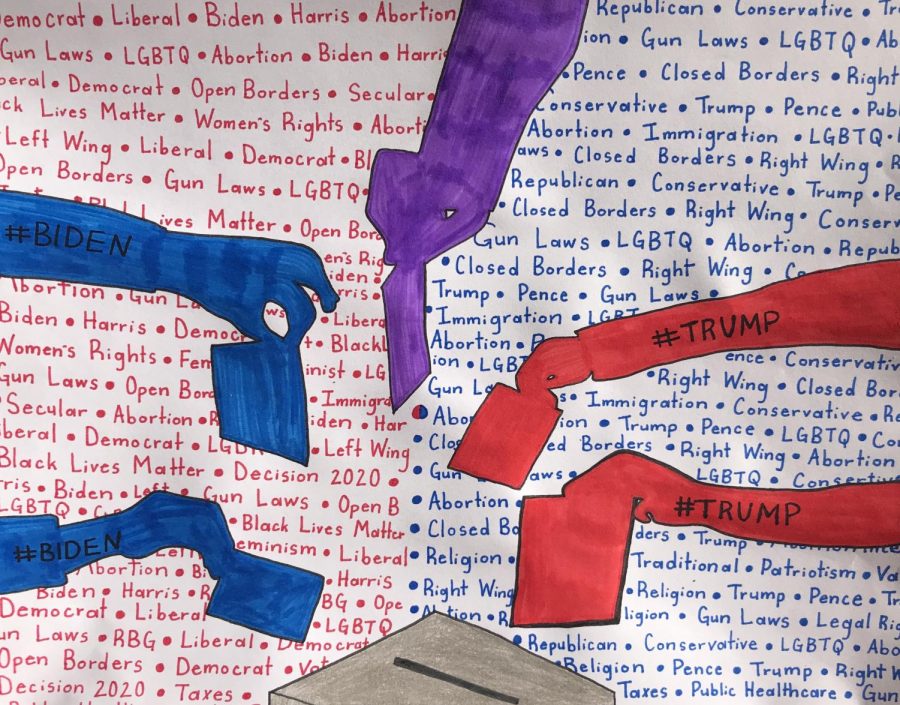 JagWire reporter Gabby Delpleash argues for further informing ourselves on each presidential candidate’s values beyond personality and political “tribalism”.

In contemporary politics, those running for public office must face the reality of everything they’ve said and done being unearthed by their opponents. While it has become a custom for both presidential candidates to conduct opposition research on each other, it’s important for American voters to conduct candidate research of their own.

“It’s essential to really know who the candidates [are]-their biography, their record, what’s important to them, what they’ve done with their lives,” Axelrod says. “It’s a delicate balance to research information on candidates because sometimes they’re not completely forthcoming to you with their liabilities.”

Performing candidate research is the process of researching a candidate to develop a full understanding of their experience, voting records, and position on issues among other important devices, an activity that less and less voters undertake each year when deciding who they will support, as split-ticket voting hit a new low in 2018 Senate and governor races.

Whether you’re a voter, volunteer, or political staffer, candidate research is incredibly important to help you make an informed choice about which candidate to support. Political science and conventional wisdom holds that many voters vote based on personality or tribalism. The more that voters can study candidates’ histories and research their political positions the more informed those voters will be when they step into the voting booth come election day.

“I often asked students why they would not vote. The most common response I received was ‘I don’t know any of the candidates or what they stand for’,” Loman said. “Research is a crucial aspect of preparing for Election Day.”

Before casting your vote on Nov. 3, take time to dig deeper on both presidential candidates beyond their basic party values. Utilize your reliable news sources, create a list of important questions that you want answered by both candidates, find out if they have useful experience to add value to the country. By doing your research on the plethora of candidates, you’ll be informed and able to select the best individual for president.

Instead of squandering your political knowledge, put it into action when you get out to vote. Voting is a coveted right and privilege, use it right and use it well when you cast your ballot for the 2020 General Election.