Volleyball wins substate tournament for the second year in a row 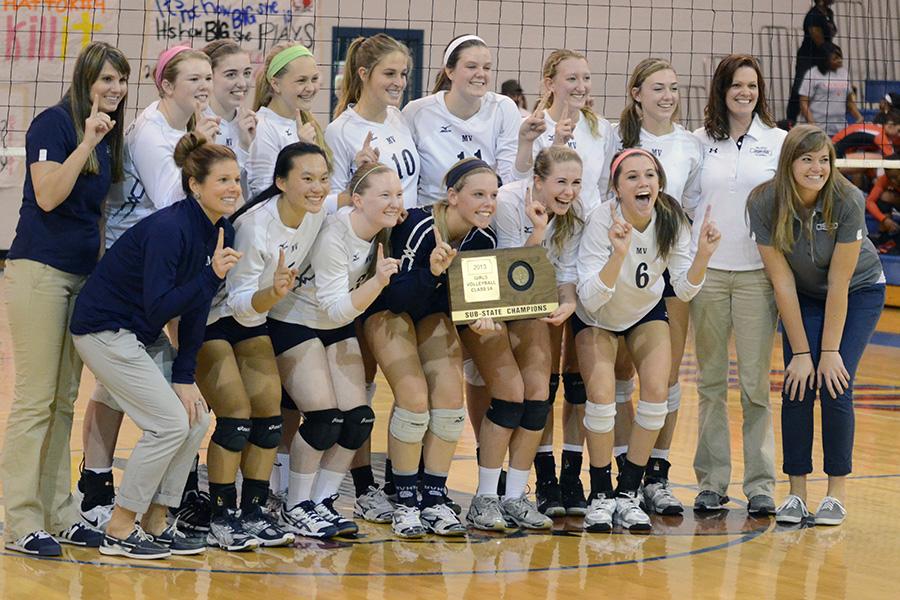 The volleyball team poses with its substate trophy on Saturday, Oct. 26.

The 30-5 Jaguar volleyball team won its substate tournament on Saturday, Oct. 26. In the first round of the tournament the Jaguars beat Topeka Highland with a set score of 25-3 in both sets. In the next round the Jaguars defeated Lansing with the set scores of 25- 21 and 25-7.

Senior middle blocker Gabby Fangman said that there was more of an upbeat atmosphere while playing at substate compared to playing just another game at home.

“There is more of an excitement in the air at substate because you feel so close to the next big thing [state],” Fangman Said.

Senior setter Hannah Billings said she was feeling very energetic and ready to win before she played.

“Before the tournament I was feeling very excited to play at substate because this year we did not come in as underdogs,” Billings said. “This time we came in to defend our substate championship and get our ticket to state.”

Fangman said she was feeling very positive during the matches and also worked to get her team pumped up so that they would play at their best.

“I was just feeling very excited and wanted to keep the energy up to motivate my team to play their hearts out,” Fangman said.

Billings said that the highlight of substate was just the fact that now she gets to go and compete with her team at state.

“My favorite part was winning substate and now being state bound,” Billings said. “I loved the energy and focus of my team.

The state tournament starts Friday, Nov. 1, at the Topeka Expo Center. The Jaguars come into the tournament as the number four seed. They will play 33-7 St. Thomas Aquinas at 9:30 a.m. Billings said the team is doing many things to prepare themselves so that they are successful at the state tournament.

“As team we are mentally preparing ourselves,” Billings said. “We come to practice ready and focused.”