As of Monday, March 5, 330 students across the district have been reported to have flu-like symptons over the course of the 2017-2018 flu season 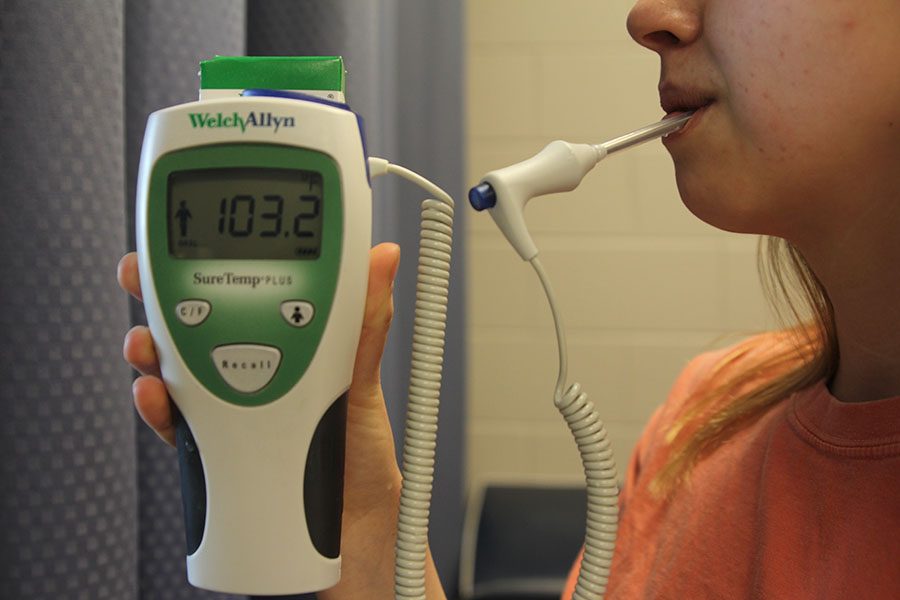 This years flu season has proven to be harsher, and while mainly targeting youth, it is impacting people across the nation.

Like much of the nation, both Kansas and Mill Valley have been impacted by a particularly harsh flu season. At the school, from December 2017 to Wednesday, Feb. 28, the percentage of students confirmed out of school with the flu was self-reported and recorded to about two percent, or 30 students, of the student population. District-wide, 330 students reported to the district with influenza-like symptoms.

According to the Centers for Disease Control and Prevention (CDC), the flu can happen year-round but is most prevalent during the winter and spring months. From October to May, the CDC reports that in a study of flu seasons from 1982 through 2016, February was recorded to be the season peak 14 out of 34 times. The 2017-2018 season is no exception. 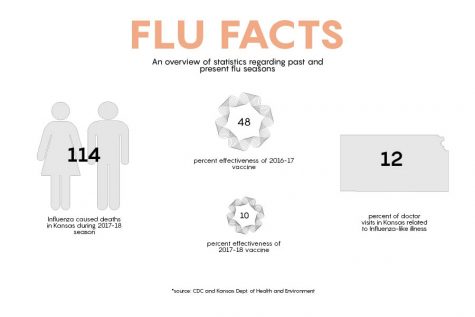 As of the week of Saturday, Feb. 24, according to the Kansas Department of Health and Environment, the peak percentage of hospital visits for Influenza-like Illnesses (ILI) for the current season is nearing 12 percent, compared to the approximate 10 percent in 2016-2017 and three percent in 2015-2016.

“Increased absenteeism has been shown at all the schools in the district with students who have flu-like symptoms and with confirmed cases on influenza,” district health services coordinator Tara Harmon-Moore said via email. “Not all individuals go see a medical provider and therefore, not all cases of influenza are officially diagnosed.”

In Johnson County specifically, as reported by the Johnson County Department of Health and Environment, the most reported influenza cases came from the age group of five to 24-years-old. Consequently, high school students fall in this range. H3N2, an influenza A variant, is one of the more prevalent strains sweeping North America as of Monday, Jan. 8, according to the World Health Organization.

The current H3N2 strain, according to Harmon-Moore, is more resistant to vaccinations.

According to the CDC, symptoms of the flu include a fever, cough, sore throat, runny or stuffy nose, muscle or body aches, headaches or fatigue. Throughout the month of November, social studies teacher Chris McAfee had the flu. While he isn’t sure which strain he caught, the sickness debilitated him.

“I felt like I was sick for almost a month,” McAfee said. “I was just tired and I had a fever and chills and a cough. I never got sick to my stomach, though I couldn’t run and at all and it affected just about everything. I really couldn’t do much of anything. I pretty much just came to school then went home and laid in bed.”

Not only does the preceding information provided by the CDC show how the flu varies from season to season; the current season is also distinct because the current circulating influenza viruses are showing more resistance to the vaccination, Harmon-Moore said.

“The strains of A and B are circulating at the same time, as opposed to one strain dominating the other during the beginning or end of the flu season,” Harmon-Moore said.

Over a recent four-day period, freshman Cole McClure caught influenza B. McClure said he got the flu from his dad; subsequently, McClure gave the sickness to his mother and sister.

“[The flu] slowed me down a little bit at swim practice, and it took me a while to get caught up in school,” McClure said.

In order to combat the virus, the CDC suggests getting the flu shot. While that is a viable option, Harmon-Moore reports that “the lack of previous exposure to H3N2 has prevented the [immune] system from recognizing the strain.”

Even though the virus is continuing to evolve, Harmon-Moore suggests students should still get the flu vaccine to build their immunity.

“Prevent the spread of germs … through frequent hand washing with soap and water, limit contact with sick individuals [and] cover your nose and mouth when sneezing and coughing,” Harmon-Moore said. “[Additionally,] avoid touching your face … and disinfect surfaces contaminated with germs.”