To the softball senior season I never had

We will never know what might have been, but I still keep the memories and friends 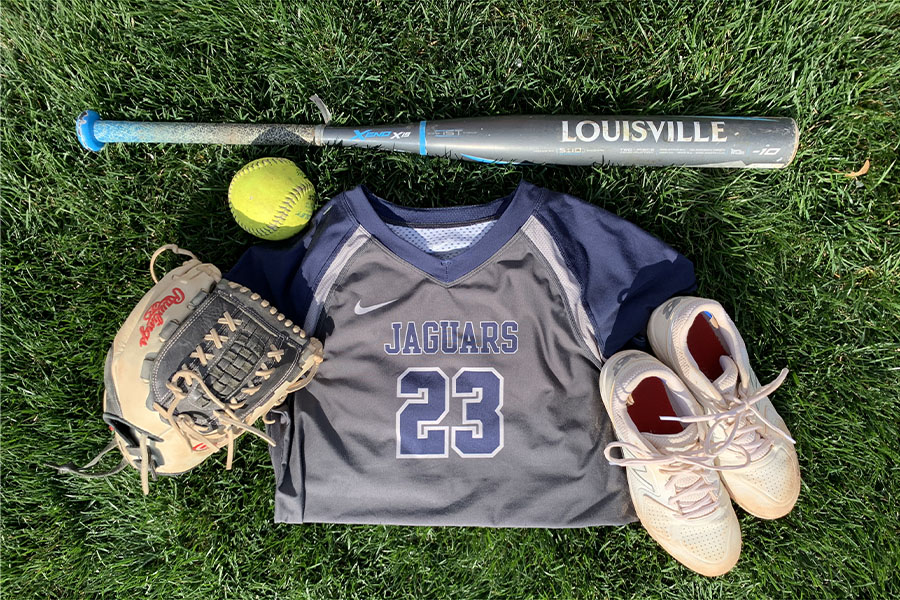 All spring sports were suspended for the rest of the season Friday, March 17 and my hopes of a great senior season went down the drain. Even without these last couple of months, I am so grateful for Mill Valley softball.

Sitting next to Ms. DeWild during my teacher’s aide block Thursday, March 12, discussing whether or not we think we would have a softball season, I didn’t realize how in-jeopardy our season really was. We thought at the time, ‘Could it be that bad? How could they possibly take away spring sports?’

It was that bad, and they did. Unknowingly, I walked out of school the next day with a backpack that had my number 23 on it, filled with my two uniforms. Now it sits on the floor in my room and I don’t know what to do with it.

In retrospect of everything that was cancelled, the domino effect of one thing cancelling after another, one high school softball season might not mean that much to many others. To me it was everything. I was looking forward to my senior season ever since senior Kristen Kelly was yelling “Freshmen, get the buckets” to my freshman self.

It’s disappointing not being able to be recognized alongside my fellow senior teammates and managers in between a double header that was supposed to be against Blue Valley North for senior night. Our hopes of winning state with five seniors on the field are squashed. Then there’s the little things we’re going to miss, like not having those dreaded, chilly morning practices we secretly like, fighting the after school traffic to drive to 3&2 every day and team dinners loading up on chips, salsa and cheese dip. All of these things were stolen from the team in a matter of days.

For me, this was my last time to play softball. All of the hard work I put in this past winter for my last season and my 14 years of playing softball wasn’t showcased in what I thought would be “my last hurrah.” I played my last game this past fall on my club team without even knowing it. It stings a little not being able to even remember the last game I played and having to think of ‘my last’ as doing hitting stations at practice before spring break. I’ll never have a league championship, regional championship or state championship for the 2020 season to end on.

Even without this last year, I am so grateful for Mill Valley softball. I am glad to have built  friendships in a way you can only do with coaches and teammates: playing for each other, leaving whatever you have on the field for them, seeing them at practice every day, bringing them back up when they make a mistake or praising them for making a good play. We go through the highs and lows together and we are getting through this crazy time together.

Last year on senior night after the juniors handed Payton Totzke and Haley Puccio their gifts, junior Ellie Tribble told me “I’m going to be bawling next year when that’s you guys.” I would be lying if I said I wouldn’t have been joining her with the waterworks this year. I’ve made so many friends through softball with girls that aren’t even in my grade because when you’re on the softball field it doesn’t matter. It’s all about ability and attitude. When we found out the season ended, the group chat with the seniors on the team blew up. What I didn’t expect was the texts from the underclassmen with all the sentiment and support. It made me realize how much influence you have on your teammates.

From coach DeWild’s hand clapping down at third base after giving signals to coach Stevens’ tambourine, I’m going to miss it all. To senior managers Riley Ferguson, Harrison Canning and Kyle Kelly, you guys are the best managers ever and we would not be as good without you. To my “right side buddy,” throwing partner and running partner senior Kylie Conner, my “first base buddy” and stud pitcher senior Lauren Florez, the best catcher I know senior Jessica Garcia and funniest third baseman that never fails to make me laugh senior Paige Oliver, we may not have ended our Mill Valley softball careers like we imagined we would, but we know exactly what we were capable of.

This group of seniors will be greatly missed by the coaching staff and everyone involved with MVSB. Though their time was cut short by events out of their control, they have left an immeasurable impact. The future is bright for each and every one of you. You are all champions ❤️ pic.twitter.com/TYNV9cfuwg

To see Mill Valley softball’s full digital senior night, celebrating the players whose senior season was cancelled along with all other spring sports, visit this link to the @mvsoftballjags Twitter account.