Learning the tap musical presented challenges, as tap-heavy shows are not attempted in high schools 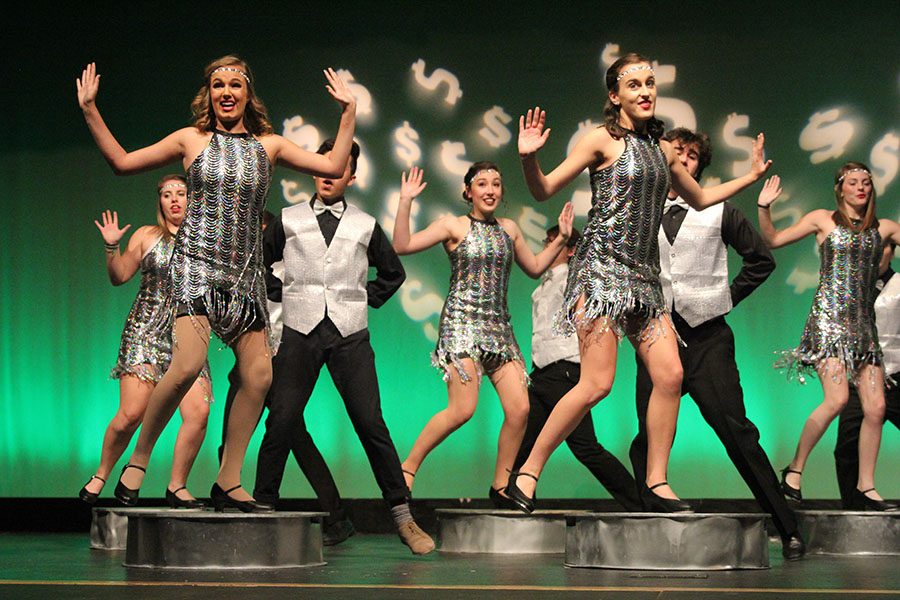 During dress rehearsal on Wednesday, Nov. 1, senior Mckenna Harvey taps on top of a platform resembling a dime during the scene “We’re in the Money.” “Because it is such a big tap show, during rehearsals we spent a lot more time on dances,” Harvey said.

While this year’s curtain call dance of the fall musical “42nd Street” featured every cast member tapping for about a third of the song, at the beginning of production in September, over half of the cast had not experience in tap shoes.

“42nd Street” is the first tap musical since “Thoroughly Modern Millie” in 2009, before director Jon Copeland came to Mill Valley. Copeland believes this year was the best year to do a tap musical because of the strong leadership shown by the student choreographers.

“You can’t do a show like this every year unless you know you have personnel in place,” Copeland said. “I’m a tapper, so I could have choreographed the show. … This is a good year because Alison [Booth] is a senior, and she’s had experience as a choreographer.”

From learning the “tap language” — terms like flap, hop and leap — to going through with the steps, Copeland believes tap dancing is challenging for those who’ve never tapped before. At the same time, Copeland also thinks students are “excited to know some of these terms” and have the opportunity to show it off.

Before the musical, senior Tyler Orbin had never tap danced before. In preparation for the show, Booth taught Orbin and a few other people who were interested in the show how to tap. As a lead in the show, Orbin’ is responsible for both tap solos and duets with other characters. 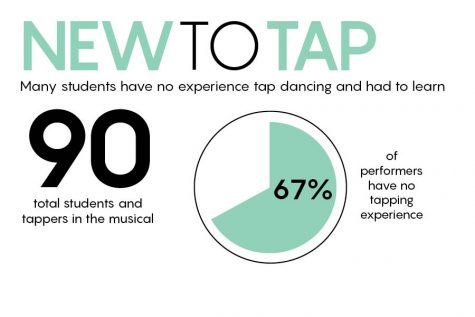 “[Tap’s] not just moving your body to every beat,” Orbin said, “but it’s moving your feet way more than you regularly do and moving other parts of your body … and trying to get all sorts of very specific sounds in a really limited time frame.”

According to Copeland, plenty of other schools do tap shows, but not many as tap-heavy as “42nd Street.”

“I never hear other schools say, ‘We’re doing ‘42nd Street,’” Copeland said. “Just because every school has some tappers, just to have enough to do a tap show — it’s a quirky year to have the personnel to be able to do it.”