The voting age should be lowered to 16 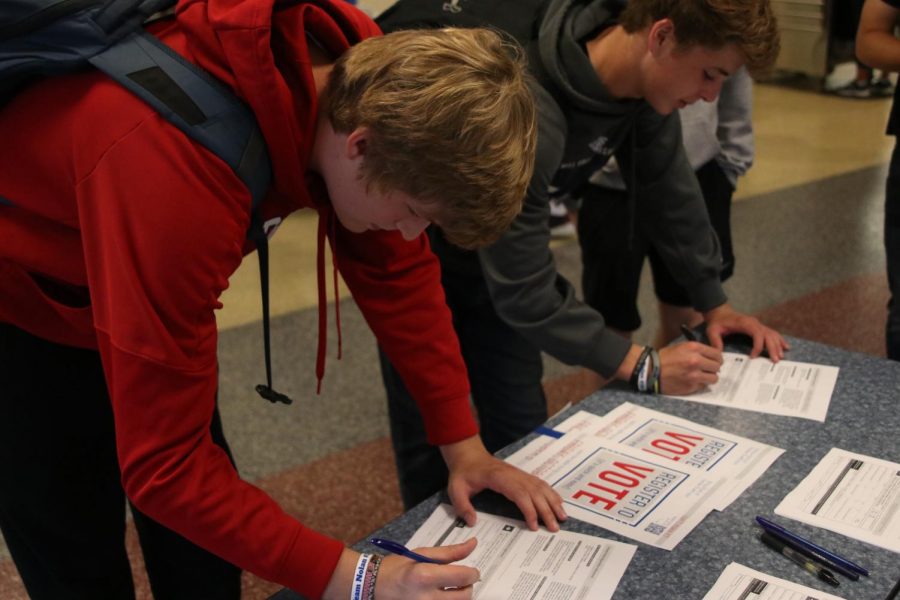 Seniors Hunter Harris and Steven Colling stand side by side as they register to vote.

The legal voting age in the United States of America has been 18 since 1971 when it was lowered from 21. In recent years, though, many citizens have pushed for the voting age to be lowered to 16 instead.

At age 16, teenagers can have jobs and pay taxes that support our communities, and at age 17, with parental consent, can join the U.S military. So if they can be legally involved in these ways with our country, then why can’t they have a say in who runs it?

According to the National Youth Rights Association, 9 countries around the world currently allow all 16-year-olds to vote in all elections. These countries include Argentina, Austria, Brazil, Cuba, Ecuador, Guernsey, Isle of Man, Jersey, and Nicaragua.

One common argument used against lowering the voting age is that people under 18 are not informed enough to make a decision as important as who to vote for. However, there is no educational requirement to vote. Citizens who did not go to or finish high school can vote once they are of age. Additionally, many high schoolers are required to take courses like Civics and U.S Government, which provide them with information about candidates, keeping them in the loop.

Some people argue that young people are not invested enough in politics to vote. Despite this, though, many young people have career dreams in political fields. Many students have experienced teachers that discourage political discussions in their class, but it is a well-known secret that students still discuss politics with their peers.

According to procon.org, if 16-year-olds were allowed to vote, the overall voter turnout would increase. Because of the added political involvement, household adults would be more likely to participate in voting. Additionally, voting has been proven to be a habitual action, and lowering the voting age would make these teens be more likely to vote in future elections.