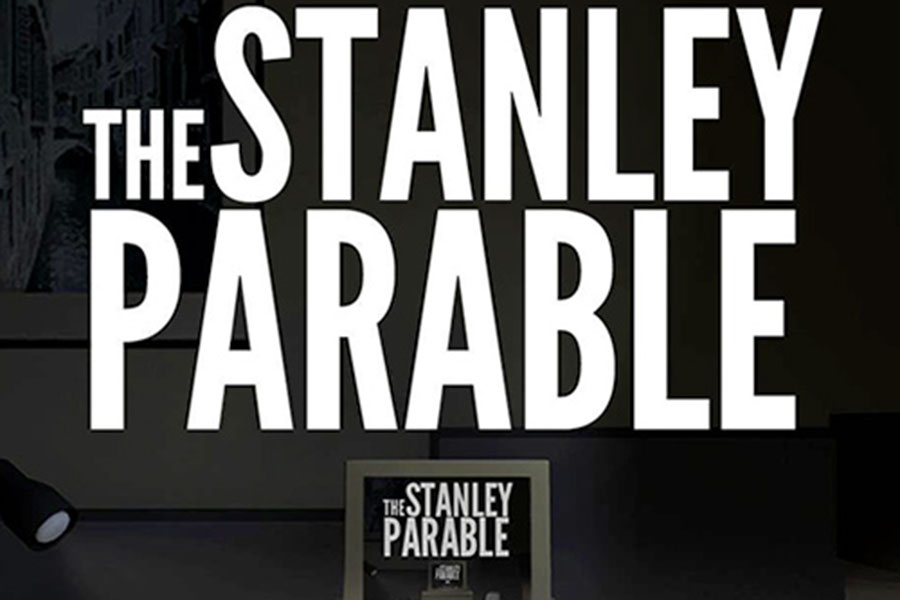 Galactic Cafe’s The Stanley Parable is, in its essence, a game about choice. Some have even said that it’s not a game, due to its lack of challenge or skill requirements. But, before you criticize The Stanley Parable, you have to understand its origin.

The Stanley Parable was originally a modification for Valve’s Source engine, and was released in 2011. It went on to gain massive popularity and praise for its focus on choice and consequence. However, it was largely incomplete. It was a short mod that didn’t have a lot to it. Now, in 2013, The Stanley Parable has returned as a full standalone game and it is absolutely incredible.

The game starts out with an intriguing opening narration sequence that draws the player in almost immediately. You are Stanley, an ordinary person living an ordinary life. Stanley work at a desk and have a very simple job: you push buttons.  All he does each day is sit at  his desk and push certain buttons in a certain order. One day, you realize that the commands for which button to push simply stop.  You get out of your office and see that everyone is gone. This is where the story begins.

The core gameplay element here is choice. You are guided through the story by a narrator, who seems to have a sort of omniscient presence in the game. However, the intentions of this figure are largely unknown.  The narrator will tell you to do something, but you don’t necessarily have to follow his guide. This mechanic creates multiple endings, and makes for a very interesting experience.

One of the biggest strengths of this game is the narrator’s humor. If Douglas Adams made a video game, it might be something like this.  This persistent humor throughout adds a nice touch that balances out some of the darker parts of the story.

Although this game is incredible, there are some flaws to mention. The game is particularly short, taking less than half an hour to complete depending on which path you take. Also, player control can be very limited. The game doesn’t even allow the ability to jump (not that it’s needed).

Despite a few flaws, this game is a must buy for anyone who wants an interesting, thought-provoking experience. Even after discovering three different endings, I still feel like there are endless possibilities that await me here.  If you have a PC, pick this game up as soon as possible.