The road to remission for sophomore Camryn Beggs 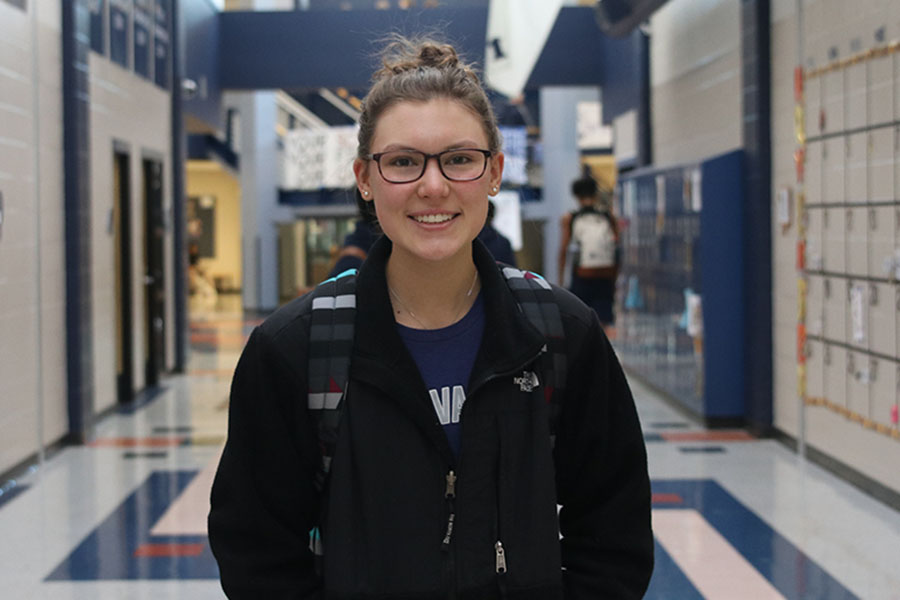 After a year and a half of chemotherapy, sophomore Camryn Beggs is now in her seventh month of remission.

Running up and down the basketball court is tiring, and becoming out of breath is a normal occurrence. For sophomore Camryn Beggs, her shortness of breath at a basketball game turned into much more; it led to the diagnosis that flipped her life around.Beggs was diagnosed with T-cell lymphoblastic lymphoma, a rare form of non-Hodgkin’s lymphoma, Feb. 7, 2017. The tumor was in her chest, laying behind her heart. She underwent chemo for about two years and went into remission on Saturday, May 25.

“I did six months of really hard chemo, once a week or a couple times a week. Then, once a month for a year and a half,” Beggs said. “I finished in May. My last actual treatment was May 9 and then my last like pill of chemo was May 25, 2019… [which is] when I went into remission.”

When the news was broken to Beggs she was not sad but determined to get through it.

Beggs’ best friend and one of her biggest supporters, Carly Willett, was very upset when she heard the news, but knew she had to stay positive for Beggs.

“I’m really upset because we’ve been friends since she was four and I was six years old… I was upset but I knew that I had to be positive just for her,” Willett said.

While Beggs was completing chemotherapy, Willett continued to support and entertain Beggs.

“When she was in the hospital, I would go and visit her and bring board games and food so that she was bored. I’d FaceTime her when she couldn’t come home… I just tried to be there for her in general,” Willett said.

One of the biggest things Beggs struggled with during her cancer journey was her confidence.

“I just felt like I didn’t fit in,” Beggs said.

Throughout the many hardships that come with cancer, Beggs says she became more appreciative.

“[One thing cancer taught me is] being grateful for all you have and not taking advantage of things,” Beggs said.

Beggs had a very difficult two years but continued to fight. She said one of the largest effects cancer had on her was the change in her character.

“I think [cancer] made me a better person, just because I want to help people, and I want to do more community service and help others [and] try and get as involved as I can.”

Beggs also became more appreciative of her family and friends during her battle.

“The best thing cancer has given me is stronger relationships,” Beggs said. “I appreciate them more, and I just thought ‘I don’t know what I would do without them in my life.’”

Willett has also noticed a change in Beggs and recognizes her strength.

“I’d say that she takes life a lot more seriously and that she appreciates things more,” Willett said. “She’s definitely a stronger person; I can say that.

Beggs is still a part of the cancer community today and does much to support other kids dealing with cancer.

“I’m part of the hematology-oncology team board at the hospital, and then the overall Children’s Mercy team board. I go to those meetings; I have two of those a month. And then there’s KC Cares for Kids,” Beggs said. “It’s a fundraiser, and I made a shirt for them one time, and I always buy all of the shirt designs to donate. Big slick is also a big pediatric cancer fundraiser, and I’ve been a part of that for two years, and we usually donate to that.”