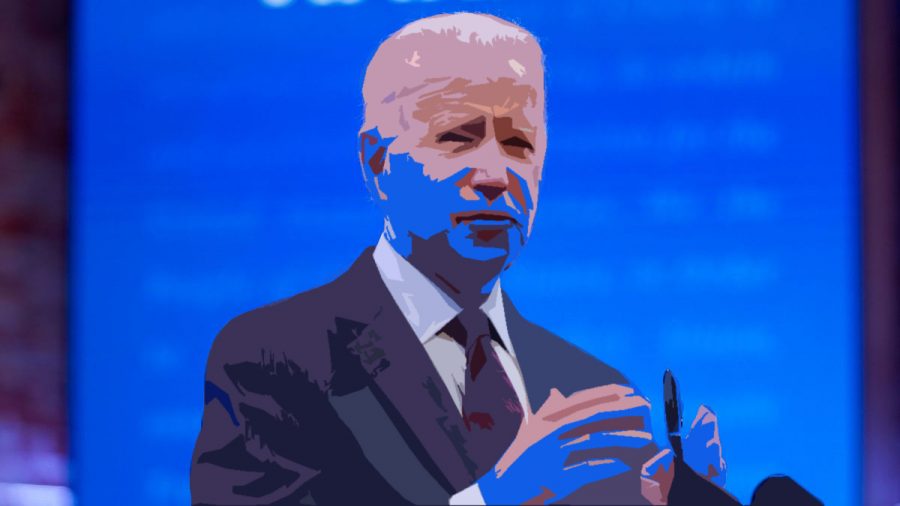 This election cycle’s Democratic primaries were a nightmare for the left — unless you supported Joe Biden, but in that case, were you really on the left? Dozens of candidates dropped out before the field was narrowed down to a few major players. Most centrists and moderate liberals threw their support behind moderate liberal politicians: Pete Buttigieg and Biden were some of the most common. Others who found those candidates distasteful for various reasons might have shown their support for a candidate like Bernie Sanders, more of a traditional leftist (but by no means radical).

When Buttigieg, Elizabeth Warren, and many others withdrew from the race and endorsed Biden, it came as a surprise to many. For much of the race, Buttigieg had even been leading over candidates like Biden and Sanders, so his withdrawal was especially surprising. This brought the final democratic primaries down to Joe Biden and Bernie Sanders.

For much of the race, Sanders had quite a lead over Biden. Despite that, Sanders lost in battleground states like Michigan that Sanders had staked a lot of his campaign on winning. Sanders’ defeat was the perfect ending for establishment Democrats who had been backing Biden from the beginning — but it wasn’t perfect for many voters.

Many of Sanders’ supporters who were further to the left and disagreed with Biden on many policy propositions were hesitant to vote for him, but endorsements from other Democratic candidates pressured many leftists into Biden’s camp. Even Sanders joined onto this train of pushing for Biden, despite many shortcomings in Biden’s policies. The rhetoric that arose from this situation turned into a push for left-leaning and moderate voters to vote for “Anybody But Trump” and that even if they disagreed with Biden, he was better than the incumbent.

Despite my many disagreements with Biden’s policy proposals, I also believe he is a better alternative to Trump being president. But that isn’t the point. Regardless of whether or not Biden is better than Trump, the rhetoric of voting for “Anybody But Trump” forces anti-Trump voters to be complacent with whoever has the best chance of beating him, regardless of how much they agree with that candidate.

This sort of push leads us down to a dangerous path, as clearly shown with where we are now. Voters, regardless of political affiliation, are forced to choose between a racist, old, white man who refuses to condemn white supremacy groups, supports conspiracy theories about the lack of legitimacy of a virus that has killed over 230,000 Americans, has over two dozen allegations of sexual misconduct, called American veterans who died at war “losers” and “suckers,” left a NATO summit because other world leaders mocked him in a series of videos, and was impeached for trying to get the Ukrainian government to investigate his political rival and a racist, old, white man who fought against desegregation of schools, strongly supported the Iraq War, faces allegations from eight women about sexual misconduct, is responsible in-part for children being held in cages during and after the Obama administration, and has flip-flopped constantly on policies that are very important to his platform like social security, climate change, and criminal justice reform.

These two options leave much to be desired to any moderate or undecided voter, with one being polarizingly conservative and the other being a more moderate candidate but still tainted with his fair share of shortcomings. Trump and Biden both claim to be champions of the middle-class worker and voter, yet the billionaire who inherited his father’s money and the politician who has been in politics for nearly 50 years and accomplished nothing for the middle-class worker can hardly relate to that worker.

Regardless of the outcome of this election, the result will hardly be representative of American ideals of democracy. With two candidates like Biden and Trump, whoever wins won’t be representative of who Americans want, but rather just a pick between the lesser of two evils.

I find it hard to believe that anyone outside of the upper one percent can genuinely believe that they are represented by either of these candidates. The reason that we end up with candidates like this stems from the corporate motivation of groups like the Democratic party; of course they will pick an establishment Democrat like Biden who will represent what they want rather than what the people want. The exact same applies to the GOP.

American political parties have begun to be run as businesses rather than a party that represents the people. The GOP and Democratic Party wield such significant power over the people that they are able to gaslight their voters into voting for whoever they want most, not who their voters want most.

The Anti-Trump rhetoric being popularized by the Democratic Party is dangerously similar to how the GOP and modern Republicans just brand any left-wing politician as “communist” and “socialist” to terrify their voter base into voting against them.

This anti-Trumpism will grow to newer extremes if we allow it to continue. If we want to strive for greatness in America, why set the bar so low? “Better than Trump” should not become the new requirement for Democratic candidates. Rather, the left needs to continue pushing for more progressive ideas that are truly representative of what the American people want, as shown when Sanders came a little bit too close to winning the Democratic primaries for establishment Democrats’ liking.

If we continue to settle for candidates like Biden down the line, the Democratic Party will fail to be what it is intended to be. Settling for candidates like Biden over and over again are contrary to the very principles of progressivism and liberalism that the Democratic Party is supposed to stand for. Allowing the rhetoric of “Anybody But Trump” to continue and leaving the standard for our politicians at the lowest possible point will drive America backward and destroy any progress that we have made.