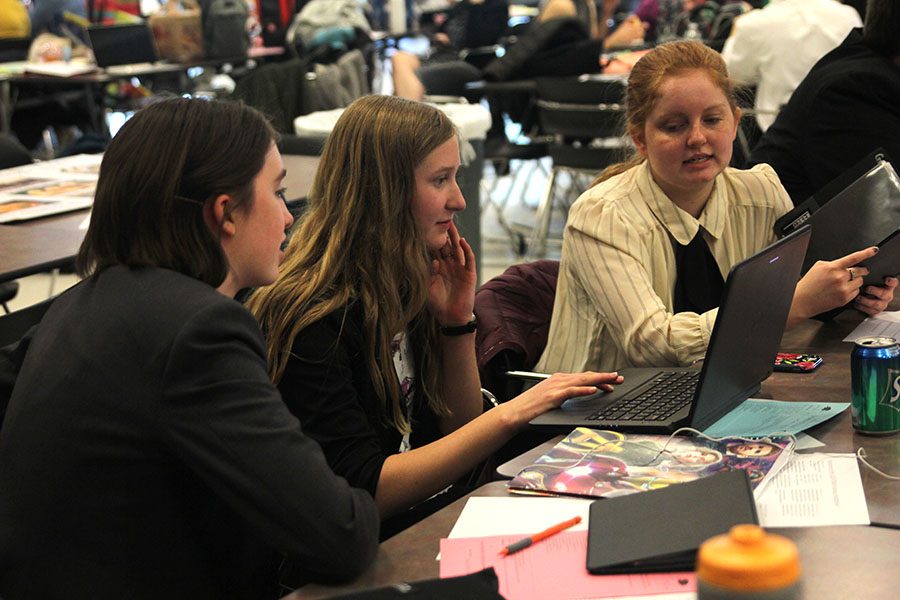 Collaborating with other team members, freshman Summer Anderson prepares before the next round.

The forensics team travelled to Olathe Northwest and Blue Valley West for their tournaments on Friday, March 2 and Saturday, March 3. Although they did not place as a team at either tournament, multiple students placed in individual events.

“I thought I did alright. It’s [a] big tournament [and] I didn’t get into finals. [But] I thought the team did really good, we had one person make it to the semi finals, we’re [still] improving.” Gosch says. “I like the freedom of [Forensics]. There [is] a wide range of events and I really like that.”