With unique and fun flavors, this joint blows other ice cream shops out of the water 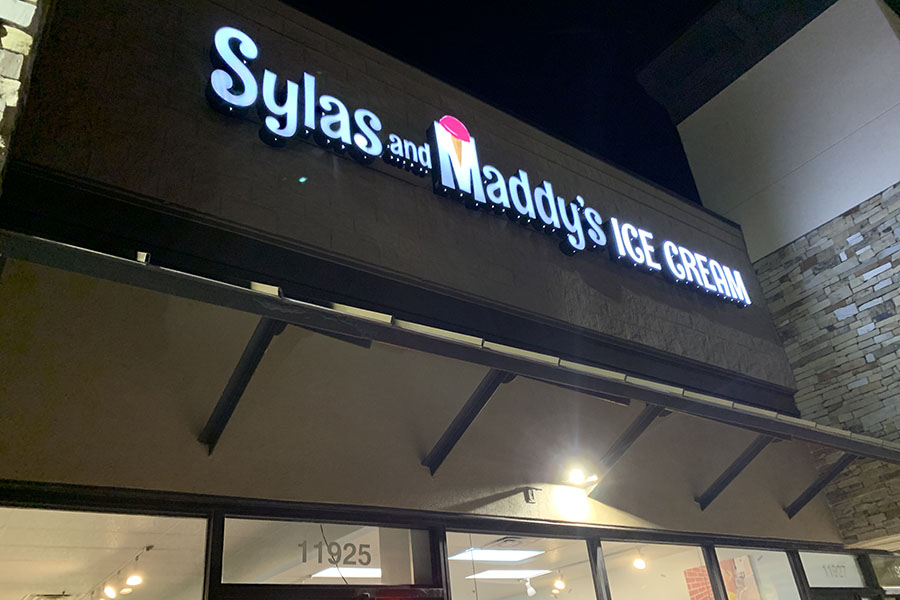 Sylas and Maddy's is a family owned and operated business that's been open since 1997.

The short 15 minute drive from Mill Valley to Olathe is worth it for the ice cream Sylas and Maddy’s makes homemade each day. Arriving at 9:30 p.m. on a Friday night, it was surprisingly busy, but understandably so. Their ice cream, shakes and sundaes are the perfect treat anytime. The seats in the joint were filled and there were quite a few groups of people in line. Despite this, I was helped very quickly.

They originally opened up on Mass. Street in Lawrence in 1997, just two years before opening up their shop in Olathe. They have been a family owned and operated business since opening 23 years ago. The workers there were very friendly and very patient while I decided which two of the nearly 50 ice cream flavors to choose from. I usually stick with plain chocolate ice cream anywhere I go, but there were so many fun and unique flavors to choose from I had to try something new.

I ordered a single dish, which came with two scoops of ice cream. I tried the rocky road and Kansas twister. The rocky road ice cream was chocolate-based with marshmallows, almonds and fudge pieces. The marshmallows added a fun texture to the ice cream I haven’t ever tried before. It was really smooth, but the ice cream also held its shape, which was really nice. The Kansas twister had a vanilla base, but barely. There was so much peanut butter, crushed up oreos, along with peanuts and a fudge swirl, I hardly noticed the plain vanilla ice cream. This is a good thing because I’m not a huge vanilla fan. Both of these ice cream flavors worked really well together.

Ice cream is one of my favorite foods and this is a place I will definitely be visiting more often. It’s different from any other ice cream I’ve tried before.