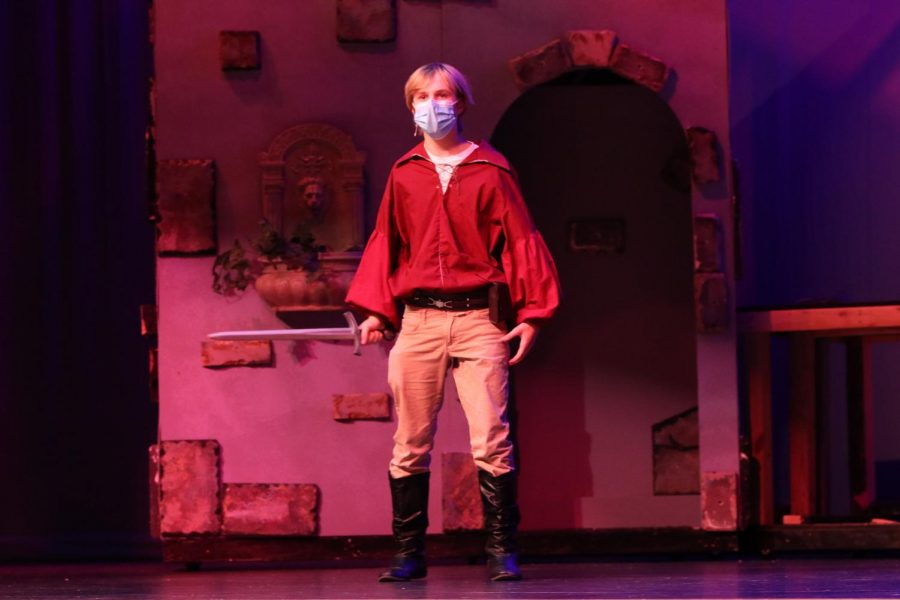 Practicing singing one of his parts in "The Pirates of Penzance," sophomore Carter Harvey is set to play Frederic. The musicals Sullivan cast performed Thursday, Feb. 18.

Taking on a new identity on stage is a daunting idea for some, but others find it to be an enjoyable opportunity. 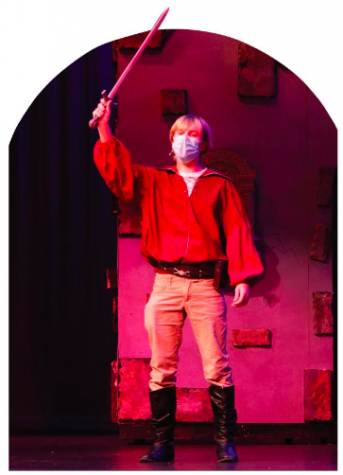 One such person is sophomore Asa Esparza, who has been acting since the age of seven. Esparza enjoys the escape from reality that theater provides her.

“The best part [about theater is] definitely being able to be someone else for a while, not having to worry about problems that may be happening, and getting to focus on the show and what’s going on,” Esparza said. “It’s also really fun to interact with others while in character, it adds depth to the relationships in the show and your friendship to other cast members.”

“Every role is a new opportunity to test the identity and how you think the character is, someone’s interpretation of it will never be exactly like yours,” Esparza said. “And since we double cast all the shows here at Mill Valley it’s always fun to see how different people see the roles differently from their counterpart in the other cast.”

According to Harvey, acting has been beneficial for his friendships.

“It makes it easier for me to communicate with other people, and it has just brought me a whole lot closer to friends. It really can open your eyes to certain things,” Harvey said.

Similarly, Esparza believes theater has helped her discover herself, and hopes that others will have similar experiences.

“Theater has changed me in a lot of ways. I’ve learned new skills, tested my limits, become more confident, discovered what roles I like, and I’ve improved my social skills,” Esparza said. “Theater has done so much for me and I hope others try theater and see what they discover about themselves, you may be surprised.”