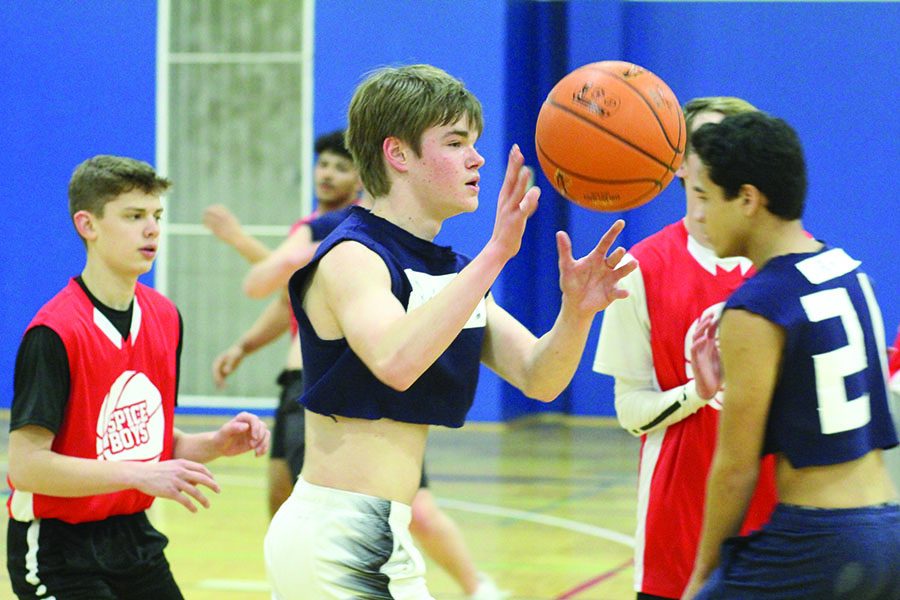 During a game against the Spicy Boys, junior Jake Keller looks to receive a pass from his teammate on Tuesday, Jan. 29. “I like playing with and against my friends and everyone’s having fun while it’s still competitive,” Keller said.

The sounds of cheering and laughter filled the space of Okun Fieldhouse as recreational league basketball teams Brian’s Feet and A.N.D. duked it out in a tense matchup.  As the last two minutes slowly petered away, both teams put up point after point in an effort to close out the game. When the clock finally hit zero, the players of Brian’s Feet cheered in triumph, while A.N.D. laughed the loss off on the sidelines. At the end of the day, Okun’s high school recreational basketball league offers a break from the intense stress of school and work for it’s players

Each game consists of two 20-minute halves with a running clock, except for the last two minutes if the score is within a ten point margin. Games are every Tuesday at 6:45, 7:45 and 8:45.

The Johnson County Parks and Recreation District sponsored league is for players aged 14 to 19, leading to the creation of teams with varying age ranges and skill levels. This season, the league is comprised of 13 teams, eight of whom have students from Mill Valley high school. 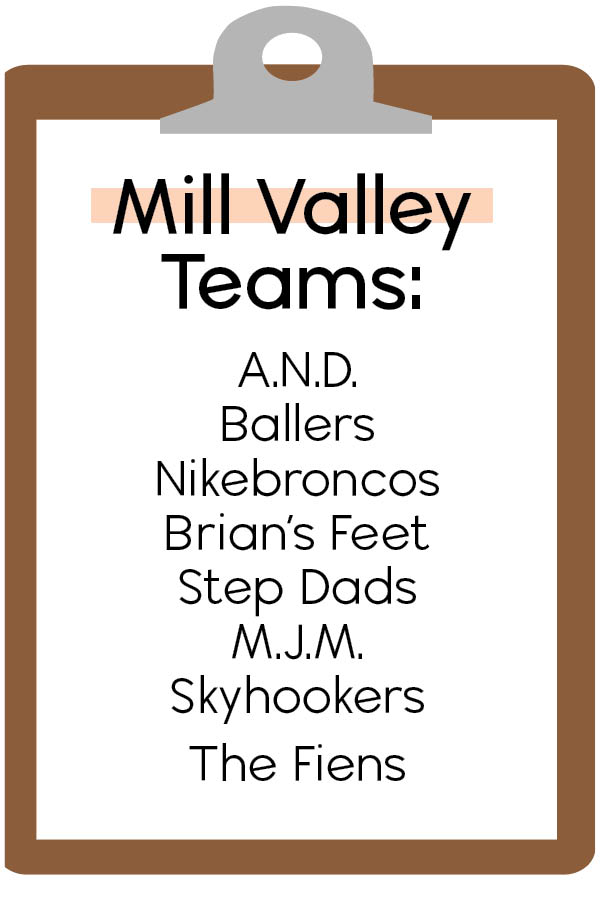 “Most area high schools hold competitive tryouts and select only a handful of players for school affiliated winter basketball teams,” Chase said. “Given the large number of teams that play at Okun Fieldhouse through 9th grade, it is clear that there are also many 10th-12th grade players who love basketball but have aged out of standard league play.”

“I played during my freshman year, and I just wanted to play again and have that experience,” Scott said. “Today’s game was great, we all came out, we all showed out, everyone was hustling around, we got the steals and we got the W.” 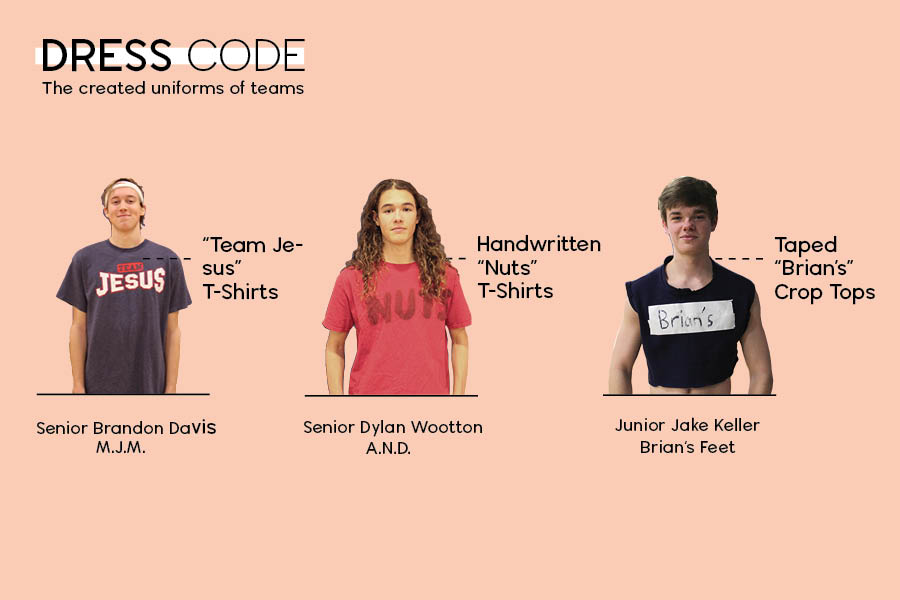 Team managers are asked to report the average skill level of their team, in order to create a league bracket enjoyable for everyone, according to Chase.

“At the time of registration, we ask team managers to communicate the interest and skill level of each team,” Chase said. “When selecting matchups and scheduling league play, we then use that information. The ultimate goal is to create as many beneficial and fun matchups as possible.”

According to senior Colin Prosser, competitive teams in the league have proved challenging, but not unbeatable for his team, The Skyhookers.

“We started in zone defense, just because we are lazy and have five players,” Prosser said. “Then we switched to man when we realized that they could actually shoot.”

Likewise, sophomore Adam Trauernicht, coach of The Fiens, feels as if his young team is ready to compete. Trauernicht wants his team to focus on “lockdown defense” as well as going in to every game “with a 1-0 mindset”.

Despite the presence of more competitive teams in the league, senior Doug Hotter still enjoys gameday with a passion.

“Making friends, getting technicals, dunking on kids, that’s [what it’s about],” Hotter said. “We’ve lost both games [so far], but we are saying we tied our last one, because it was kind of close.”

According to Chase, the league provides an outlet for the players to “get creative” and “have a good time” with their teammates.

“Some teams get creative with uniforms and team names, some pre-game entrances and warm-ups include rehearsed acts and music, and players attempt trick shots and wild plays,” Chase said. “As long as behavior is safe and appropriate, we allow teams to cut loose a bit and have some fun.”

Not only does the league allow creative freedoms, for Scott’s team it lets them show their love for the game.

“We do not practice, we just show up and have the biggest hearts in this league, we are taking first place this year,” Scott said.

The league will conclude its final games on Tuesday, Feb. 26. The first and second place teams will walk away with individual player awards, a testament to their success.

Overall, Chase wants the players to enjoy their experience and gameplay.

“Altogether, our greatest success can be seen on any winter Tuesday night at Okun,” said Chase. “The players seem to have a blast and more teams join the league every year.”