To many students, embracing their sexual and gender identity gives them a means to find out who they are

To many students, embracing their sexual and gender identity gives them a means to find out who they are

Countless students find themselves at a loss when it comes to figuring out who they are; to many of these students, the LGBTQ community provides a refuge that allows them to uncover more about themselves.

For senior Madelyn Augustine, finding herself was a process that took many years. 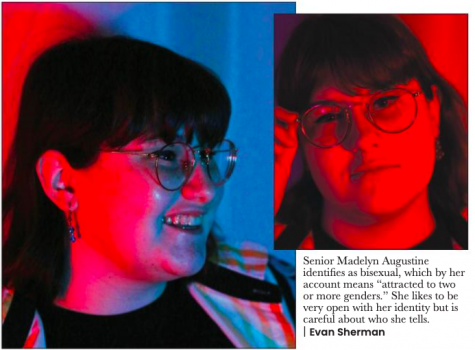 “I didn’t know that the LGBT community existed until I was probably 11. Then there was a lot of like, ‘Oh, that’s cool, but that’s not me,’” Augustine said. “Then very suddenly, ‘That is me.’”

“Think around like my freshman year, I just kind of realized, like, a lot of things about myself,” Tracy said. “Typical labels weren’t really fitting me or anything. And I don’t think I ever really formally came out or anything.”

Senior Alayna Sappenfield has felt that finding herself has helped her to feel more comfortable.

“I feel like my confidence level has definitely gone up,” Sappenfield said. “I’ve always been an insecure kid, but at some point, you just get tired of that insecurity of it. So being gay has been pushing me to accept myself and all my insecurities.”

One major difficulty Tracy had was coming out to people who didn’t understand their perspective.

“I think the only actually hard part [about coming out] is explaining it because there are people who have no concept of any of this at all,” Tracy said. “It just makes no sense to them. But even those people don’t really care.” 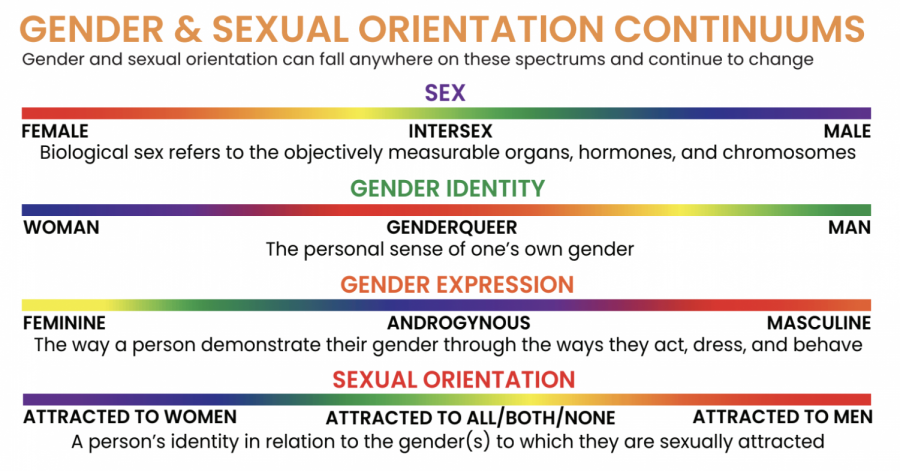 Although Augustine has been open about her identity, there are situations where she has felt she needed to keep it to herself.

Tracy believes that people shouldn’t focus on the things that make them uncomfortable – they should just do what makes them satisfied with themselves and what gives them euphoria. 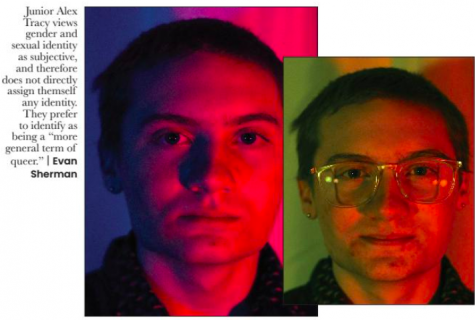 “Don’t be afraid of what people think,” Sappenfield said. “That’s one thing that stopped me from discovering myself because I was insecure and worried about other people.”

For people having trouble with their identity, Augustine feels it is important to not rush into anything and to ask for help.

“You’re going to be unhappy. You’re going to be confused. I know because I was for a number of years,” Augustine said. “I didn’t know what was going on. I was constantly anxious. I was really upset. Now that I’ve settled down and you take the changes as they come and you process them on your own time. Whatever anyone else says ‘you change your mind too much.’ ‘You don’t know what you’re talking about.’ ‘It’s just a phase.’ Ignore them. This is your thing, and nobody else gets to tell you how you feel about it.”