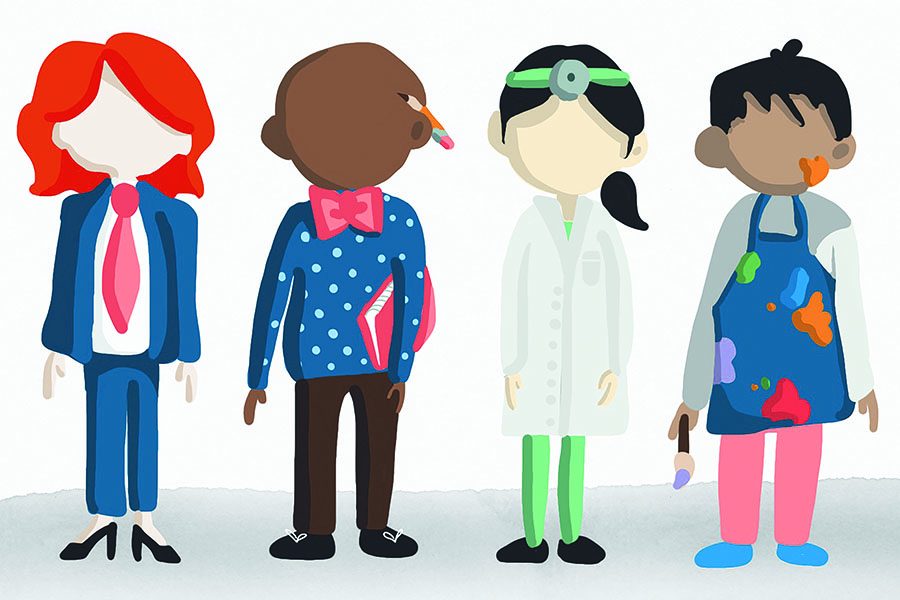 Whether or not to fit into stereotypical gender norms is a personal decision, don't take that freedom away from someone // AGREE: 16 | DISAGREE: 5

A multitude of things play into how we perceive ourselves and how others perceive us. One often overlooked part is our gender and the roles that come with it. While deciding whether or not to conform to gender roles is a personal decision, it seems as if it’s a controversial issue with everybody holding their own opinion.

It shouldn’t be controversial. Be your best authentic self and don’t worry how you’re perceived, and on the flip side, stop worrying so much about what other people are doing and just let them be.

There’s no debating that gender stereotypes are still prevalent. Research by the National Science Foundation found that gender influences decisions like toy preferences or favorite school subjects as early as age six. Gender roles in and of themselves do not present a problem, it’s more so the forcible perpetuation of gender stereotypes onto children that harm them and may lead to lasting negative effects such as depression, substance abuse and suicide when they get older.

Studies by The World Health Organization and Johns Hopkins Bloomberg School of Public Health found that it is becoming more common in countries like China, India and the United States for girls to defy gender stereotypes. However, they also found that in those same countries, boys are pressured into fitting the role of “strong, emotionless leader.” Being a strong leader isn’t bad, but not giving boys the choice of what to be is. As a result, the mental and even physical health of girls is improving while the health of boys remains stagnant.

The National Bureau of Economic Research found that gender roles were born from traditional agricultural production, but industrialization has caused a drastic change in gender roles. They tracked this trend until the modern day, when they concluded the perpetuation of gender roles has decreased.

Most young adults agree. According to a study conducted by Intelligence Group, two-thirds of people ages 14 to 34 agree gender “does not have to define a person.” In today’s society, it is quickly becoming more and more common to circumvent and contradict gender norms. While some people still choose to fit into traditional gender roles, others choose to ignore these roles, and even gender itself completely.

Gender roles aren’t implicitly bad, in fact, many people still view them as a positive. It’s pressuring people to conform to them that causes negative effects. Whether or not to fit into gender roles should be your choice and your choice alone. Just remember that we all deserve the freedom to choose.