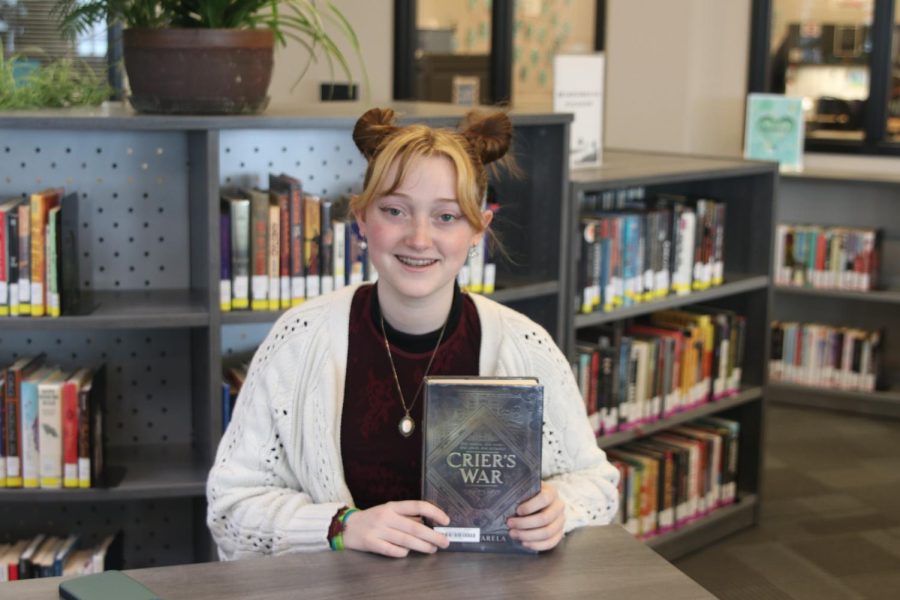 Nina Varela’s duology takes place in a fantasy land called Rabu. In Rabu, the humans and automae (a physically enhanced race of humanoids) have always had tense relations. After years of war, an automa king called Sovereign Hesod ends up on the throne.

The protagonist, Ayla, is a teenage human whose family was killed by automae when she was young. Ever since, she has planned to get revenge on the king by killing his daughter, Lady Crier.

Crier has always been studious and focused, but her recent betrothal with Scyre Kinok has thrown a wrench in her usual facade.

Ayla finally gets the chance to carry out her plan when she is given a position as Crier’s handmaiden, but Ayla finds it harder to kill her with each passing day.

This duology is well written and has incredibly well executed queer relationships and characters. While the world building seems confusing at first, the plot is very fast paced.

The book switches perspectives, with some chapters told by Ayla and some by Crier, which shows the intricacies of their relationship.

Crier finds herself instantly falling for Ayla’s impulsivity, but Ayla is in denial. Crier is also royalty, while Ayla works for the automae and lives with rebels.

All of these things add layers to the enemies to lovers, slow burn romance between the two of them.