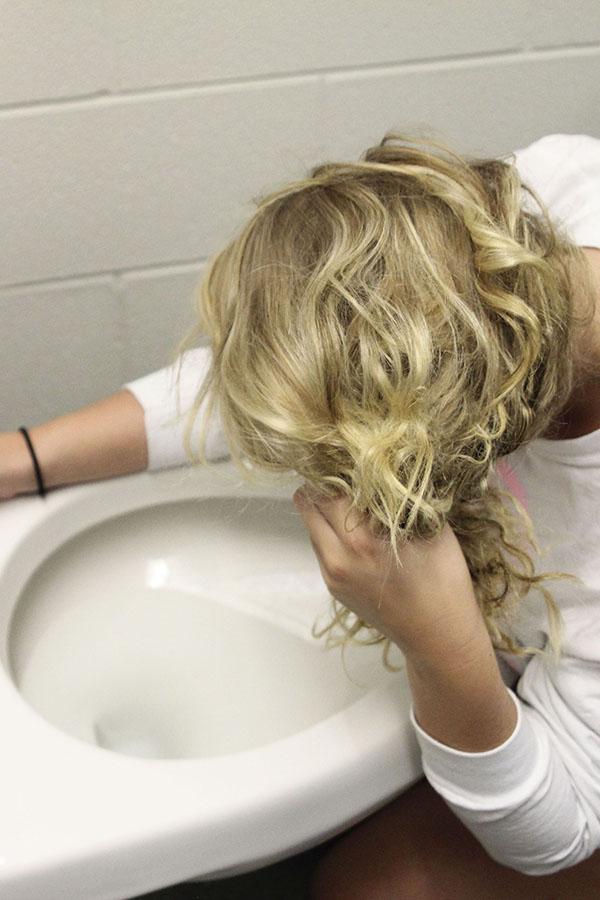 An anonymous senior was affected by an eating disorder in many aspects of her life.

This is part of an in-depth look at various stories of self-acceptance among four students.

Pushing a grocery cart through the busy aisles of Price Chopper, an anonymous senior pulls a box off a shelf. Before deciding on purchasing the food, she reads the nutritional facts in detail.  As a recovering bulimic and anorexic, she now carefully considers everything she puts into her body to keep from regretting her choices and returning to her old habits.

In middle school, she developed anorexia after experiencing an abusive relationship.

“I developed a lot of self-hate and got so caught up in my eating disorder after I dated him,” she said. “It was very rough because he was in my head saying I wasn’t good enough.”

She then cut off most of her friends as she went into high school.

“It was just really hard going to sleepovers or going out to eat with friends,” she said. “So you become isolated to hide it.”

During her freshman year, starving herself was no longer sufficient. She began purging after every time she ate.

“I looked in the mirror and hated everything about myself,” she said. “By freshman year it moved to a more bulimic state. I was such an unhappy person.”

She said that the most difficult part of her eating disorder was the inability to open up to friends and family about it.

“Nobody knew until the end of sophomore year,” she said. “Part of me really wanted to ask for help, but I didn’t know how to. I was stuck in this hole I couldn’t get out of.”

After years of keeping her eating disorder silent, she opened up to friends at the end of sophomore year in hopes of finally getting help.

“In the past couple of years, I’ve met people going through the same things as me,” she said. “It’s nice to have people who understand. It helped more than I ever imagined it would.”

While she acknowledges that her eating disorder was the hardest experience in her life, she believes it has had a positive outcome.

“I used to look in the mirror and pick out everything I hated,” she said. “Now I focus on all the good things. Even though an eating disorder can weaken a person, it has made me stronger. I know what’s good about me now and can appreciate what makes me beautiful.”