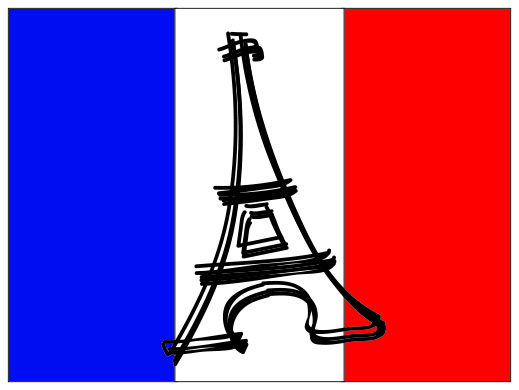 The new French V class will begin next school year and will be taught by French teacher Charisse Highlander.

Next school year there are many new classes being offered to students; one of them will be French V. French teacher Charisse Highlander believed there was a need for the class in order to further the education of her students.

“I went to the administration and told them there was a need for several students to go on to French V. They completed all the requirements for French IV, but they still wanted to continue with the language,” Highlander said. “Because the administration here is so supportive of world language they said that I needed to get a course description that was already implemented in USD 232, but resubmit it to the board and have the board vote on it.”

The class will only have a small number of students with special cases enrolled.

“Each student had a different circumstance, a different scenario. From time to time, we get students from another school district nearby that offers five or more years of language. So we had a student who transferred in her freshman year and she was already in French III, so she already maxed out her french classes, so she will take French V next year,” Highlander said.

One student taking French V next year is junior Taylor Moss who finished French IV last year. Moss has stayed in the French community this year by being an officer of French Club and is ready to see the benefits of taking a class again.

“I will benefit from French V because I’ll be able to further my learning and understanding in French because I finished the four years of French that the school is offered already… I want to be able to continue learning French so I can become more fluent in the language and be able to use it in my future and I think French five have really helped with that,” Moss said.

Highlander is happy to get this course approved because she wants to give all her students the best opportunity to learn French.

“I’m excited to be able to offer this opportunity to these students who really, truly, genuinely want to continue with their French studies. And I can imagine any other teacher that has higher levels of something, if a student maxes out in those levels, they would want to provide that opportunity for the students as well,” Highlander said. “We don’t want to curtail anybody’s desire to learn this because we can’t offer a course for them.”