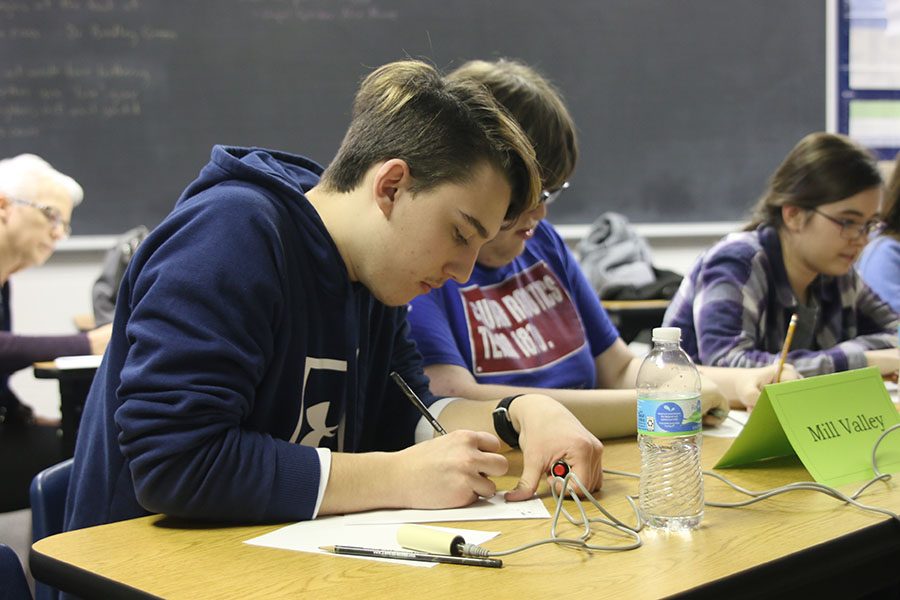 During round three against Tonganoxie, senior Johannes Seberger quickly solves a math problem at the Maranatha Academy tournament on Thursday, Jan. 17. After competing in a total of seven rounds, the team placed third overall, nearly making it into the final round. "Overall, we performed really well [because] we had a strong performance with some members more experienced than others," Seberger said.