Repertory theatre put on the show Thursday, Feb. 20 and Friday, Feb, 21 for the community 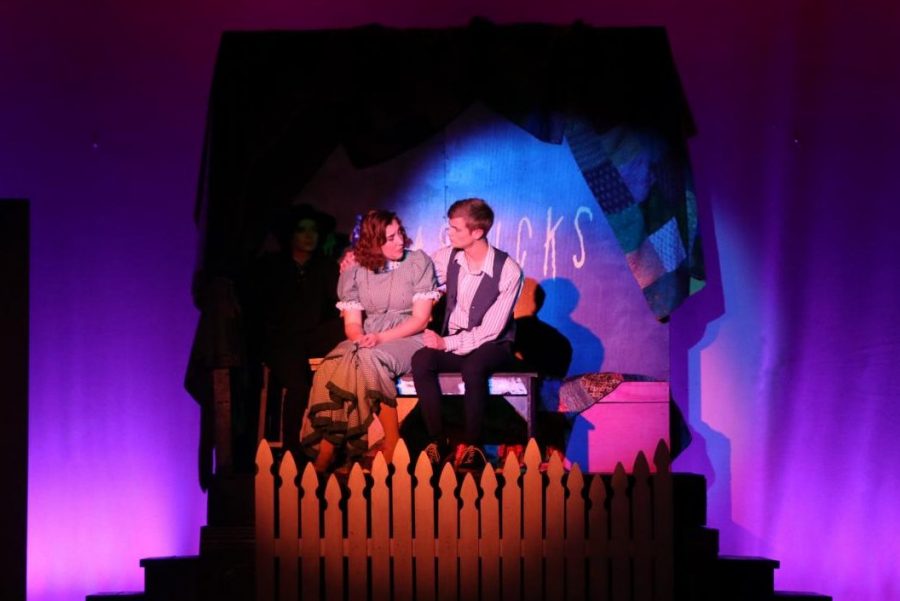 The Repertory Theatre class put on the musical Fantasticks on Thursday, Feb. 20. Fantasticks is a musical about two families, a father and his daughter who live by a father and his son. The two fathers built a wall to keep their children apart, but they find their way and they end up falling in love. The two lovers are Matt and Lusia played by junior Leif Campbell and senior Analiese Wilhauk.

Drama teacher Jon Copeland said he chose the show for the repertory theatre program because of its history.

Senior Tripp Star played one of the main characters, Bellomy, father of the female love interest.

“He is a button maker, very polished, logical, and he is loving but does not tolerate nonsense,” Starr said. “Bellomy is a very stern but an extra loving father. His main priority is to protect his daughter and do what’s best for her.”

The repertory theatre students and Copeland have been working on the show since August. Senior Aidan Thomas directed the show, and Copeland says Thomas has done well.

“He did a great job visualizing the project and blocking the actors, as well as doing a great job coaching them in character development,” Copeland.

Repertory theatre is an advanced drama class for students in grades 10-12. Students must audition for the class to be considered. In the class, students learn more in-depth knowledge about acting and directing along with performing in one show per semester.

Starr says that he would recommend joining repertory theatre to those interested, as he has benefited tremendously.

“Being in repertory theatre teaches me and allows me to grow as a person and an actor,” Starr said.