Community members attended the event on Saturday, Oct. 9 to raise money for the American Cancer Society 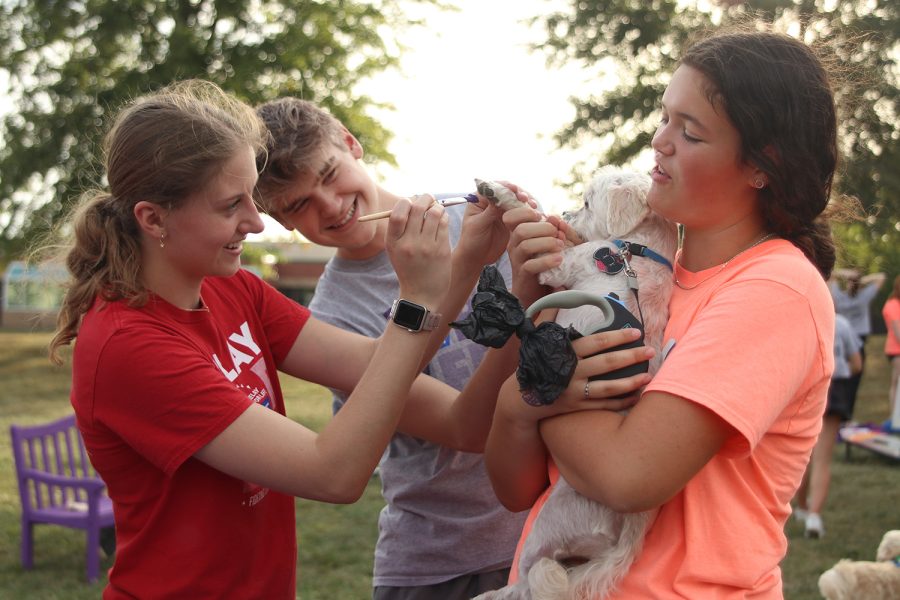 Jaguar Nation’s Relay for Life committee hosted its fourth Bark for Life event in front of Monticello Trails Middle School Saturday, Oct. 9. The money raised during the event goes toward their Relay for Life event total in April 2022.
In comparison to last year’s event, Bark for Life chair senior Damara Stevens believed that this year’s event was strong.
“The event was a huge success and while there are always things we can do to improve, I think we definitely did the best we could, especially coming back from COVID-19, since last year we weren’t able to raise as much as we had hoped,” Stevens said.
The event had multiple activities that participants and their dogs could enjoy. Subcommittee member senior Aiden Burke helped with one of these stations.
“I was part of a station called ‘Water the Dog’ where we got water balloons thrown at us,” Burke said. “At first it was a little bit of a surprise, but we kept telling ourselves it was for a good cause and we’re helping to raise money to fight cancer, so it was worth it, and that got us through the day.”
Stevens believed the success of the event is partly due to the advertisement of the event.
“This year, we did a very good job with publicizing our event,” Stevens said. “[Senior] Maddy Williams is the chair of publicity and she did a very good job pushing out information on social media, along with sending it out to different schools in our district, and putting up posters in high-traffic dog owner areas.”
Overall, Burke enjoyed seeing the involvement of the community.

“[My favorite part was] getting to see everybody show up and be there and seeing people are willing to donate and help fight cancer,” Burke said.