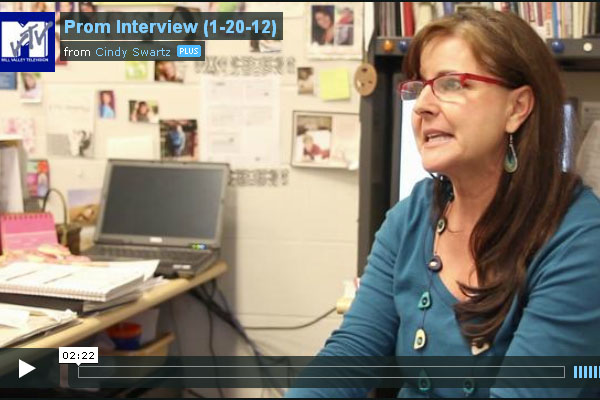 Prom will be held at Club 1000 this year instead of the Civic Center. Prom sponsor Jodi Ellis explains the change of venue.

Where has prom previously been held?

How long has prom been held at that location?

I believe prom has been held at the Civic Center for five years, prior to that it was held at the Cedar Creek Country Club.

What happened this year that prompted the prom location change?

Well actually there was just a conflict and the only date available was, I believe, April 7, which turned out to be the Saturday before Easter which of course we couldn’t hold prom then so we were in a predicament, trying to find a location. One weekend I just spent about three hours online emailing people looking for a venue that would house enough students and that’s kind of where I was at. I was having some trouble because there were some really cool places out there but when you’re talking 450 to 500 students then your possibilities were limited. And then on Sunday, a gentleman from Club 1000 actually called me and he actually had a date in April which would have been the next weekend after April and while it was a much more expensive venture, he was giving us a deal, so I felt that was positive. Plus, it was going to be a venue that would really excite the students.

I have not personally been there as of yet, I have just taken a virtual tour. So anyone can get on the Internet and do that and see the photo gallery. But, it’s basically downtown, the front of the building is big windows, the space that we’re at is the Club 1000 level which houses the most amount of people. It has wood floors, white columns, little white lights around the ceiling, big windows at one whole wall so you can outlook the downtown area. People have weddings there, it’s absolutely gorgeous, so I think the kids are going to be excited.

Well, our deal is $4,000 for the night but there will be additional charges that will probably be incurred. We will have to pay for parking, and while we get a certain number of parking passes that then just comes out of our deposit, it’s going to be $3 a car for what we pay and we only get a certain number and we have to give them that amount 30 days prior to the event, which we have kids still buying tickets up until the night of the event so for those students, they’ll have to then pay for parking. Obviously this would be a perfect prom for people to have a limo drop them off so they don’t have to think about that. But also, some of the positives that we will get for our cost increase is we will have two bartenders, well they’re not bartenders, they’re “poptenders” I guess and they will provide the pop so we won’t have to have teachers having to worry about that, so that will be nice. And we will also have busers who will clear the tables since we are going to have light hors d’oeuvres and treats there.

So how will decorations change?

Oh well, that’s going to be the hardest part is changing the decorations because I’m always in the mind set of all this wonderful stuff that we always provide and create but it is so beautiful that we aren’t really going to need to cover the walls and make it look like a space that it’s not, it’s already the way that it needs to be so I don’t think we’re going to be spending thousands of dollars on gossamer, so that will change. We won’t have the time to decorate like we did, I think we’re going to get just a couple hours that morning. But I think, basically, we’re going to have the centerpieces for the tables, the tables will all be covered in linens, they’ll provide those and the chairs and we’ll have maybe a few little decorations here or there but we want to make sure that the space is at big as it needs to be to house everybody. So it’s going to be considerably smaller then obviously the Civic Center so I think that maybe they’ll be some sorts of decorations but it’s going to be a lot easier and take a lot less time, putting it together and taking it down.

How do you expect student reaction to be?

I expect students to be so excited when they find out we are actually having prom at a place that is actually meant to house a prom. So I think students are going to be really excited. Now, the price will increase by $5 for everyone, even seniors who paid last year will have to pay a $5 up charge, but I think kids are going to be fine with spending that. If you consider that some kids spent $50 each to come to the Civic Center, they’re not going to have a problem spending $55 to come to Club 1000, I don’t think. I think they’ll be very excited.

Do you expect there to be a change in the number of tickets purchased?

I believe, for those kids that were teetering, when they find out there’s going to be a new venue and where it’s going to be, I think they’ll want to check it out, I really do. I think there will be a little bit more, as far as that goes, I don’t really know numbers with the class size, I believe that the senior class size is a little bit smaller, but I still anticipate those kids who didn’t know if it was worth spending that money, I think they will feel it’s definitely worth spending it.

Pictures of Club 1000 can be found on their website.